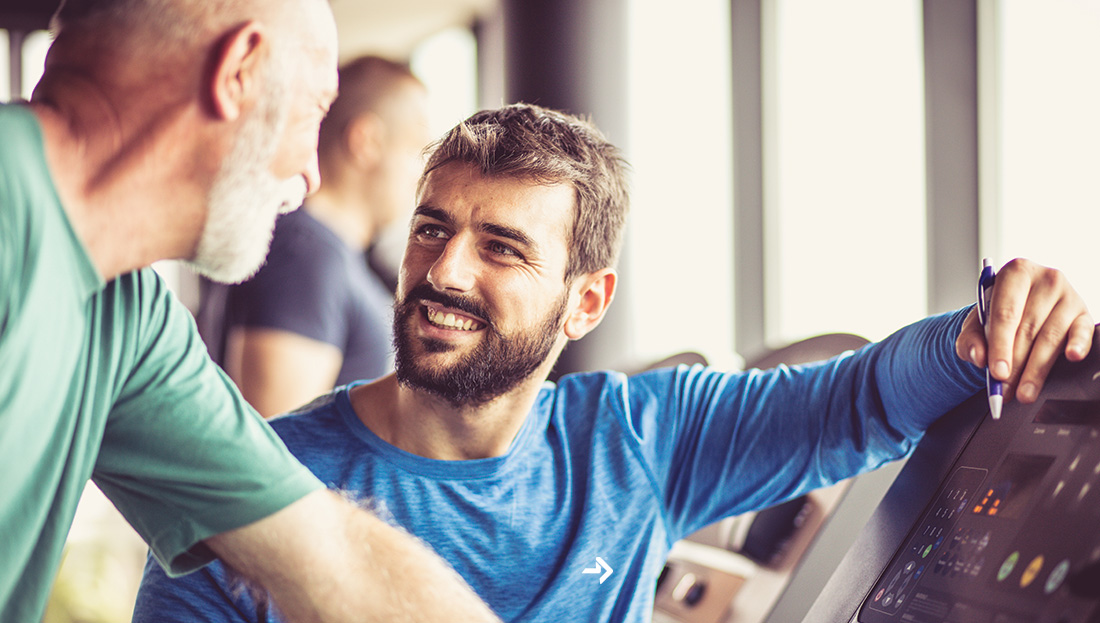 This is the second report on an ongoing three-year study examining the effectiveness of exercise programming based on the ACE Integrated Fitness Training® Model. The results of this study provide additional support to the findings of previous ACE-supported research on the Model—namely, that the personalized approach optimizes training responsiveness and positively impacts cardiorespiratory fitness, muscular fitness and cardiometabolic health. 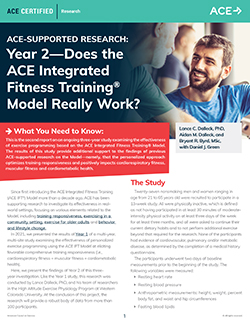 Since first introducing the ACE Integrated Fitness Training (ACE IFT®) Model more than a decade ago, ACE has been supporting research to investigate its effectiveness in real-world settings, focusing on various elements related to the Model, including training responsiveness, exercising in a community setting, exercise for older adults and behavior and lifestyle change.

Here, we present the findings of Year 2 of this three-year investigation. Like the Year 1 study, this research was conducted by Lance Dalleck, PhD, and his team of researchers in the High Altitude Exercise Physiology Program at Western Colorado University. At the conclusion of this project, the research will provide a robust body of data from more than 100 participants.

Twenty-seven nonsmoking men and women ranging in age from 21 to 65 years old were recruited to participate in a 13-week study. All were physically inactive, which is defined as not having participated in at least 30 minutes of moderate-intensity physical activity on at least three days of the week for at least three months, and all were asked to continue their current dietary habits and to not perform additional exercise beyond that required for the research. None of the participants had evidence of cardiovascular, pulmonary and/or metabolic disease, as determined by the completion of a medical history questionnaire.

The participants underwent two days of baseline measurements prior to the beginning of the study. The following variables were measured:

After completing the baseline assessments, the participants were randomized into three groups:

The cardiorespiratory exercise was performed on various modalities: arm, cycle and rowing ergometers; elliptical crosstrainers; and treadmills. The standardized training group worked at an intensity based on a percentage of their HRR, while those in the ACE IFT Model group received programming based on their ventilatory thresholds. For both groups, a target heart rate was determined to coincide with either the HRR or ventilatory thresholds to establish a specific intensity for each exercise session.

The cardiorespiratory training programs progressed for both groups over the course of the 13 weeks. Frequency remained consistent for both exercise groups, at three workouts per week throughout the study.

Muscular training was introduced during week 4 and continued to be performed three days per week through week 13.

For the standardized training group, the program consisted of the following single- and multijoint exercises performed on machines:

Two sets of 12 repetitions were completed for each exercise. Resistance was progressed every two weeks by approximately 3 to 5% of the total weight lifted for the upper body and approximately 6 to 10% for lower-body exercises. A session rating of perceived exertion (RPE) of 5 to 6 on the 0-to-10 scale was maintained across the training program.

For the ACE IFT Model group, muscular training consisted of multijoint/multiplanar exercises using both free weights and machines. The machines allowed for free motion during the exercises, meaning that range of motion was not limited to a specific arc. The following exercises were performed:

Two sets of 12 repetitions were completed for each exercise. The intensity of weighted exercises started at 50% of 5-RM and was progressed by 5% of 5-RM increments every two weeks. For exercises that did not include a weighted resistance (e.g., stability ball circuit), the number of repetitions was increased by approximately 5 to 10% to maintain an RPE rating of 5 to 6 on the 0-to-10 scale. 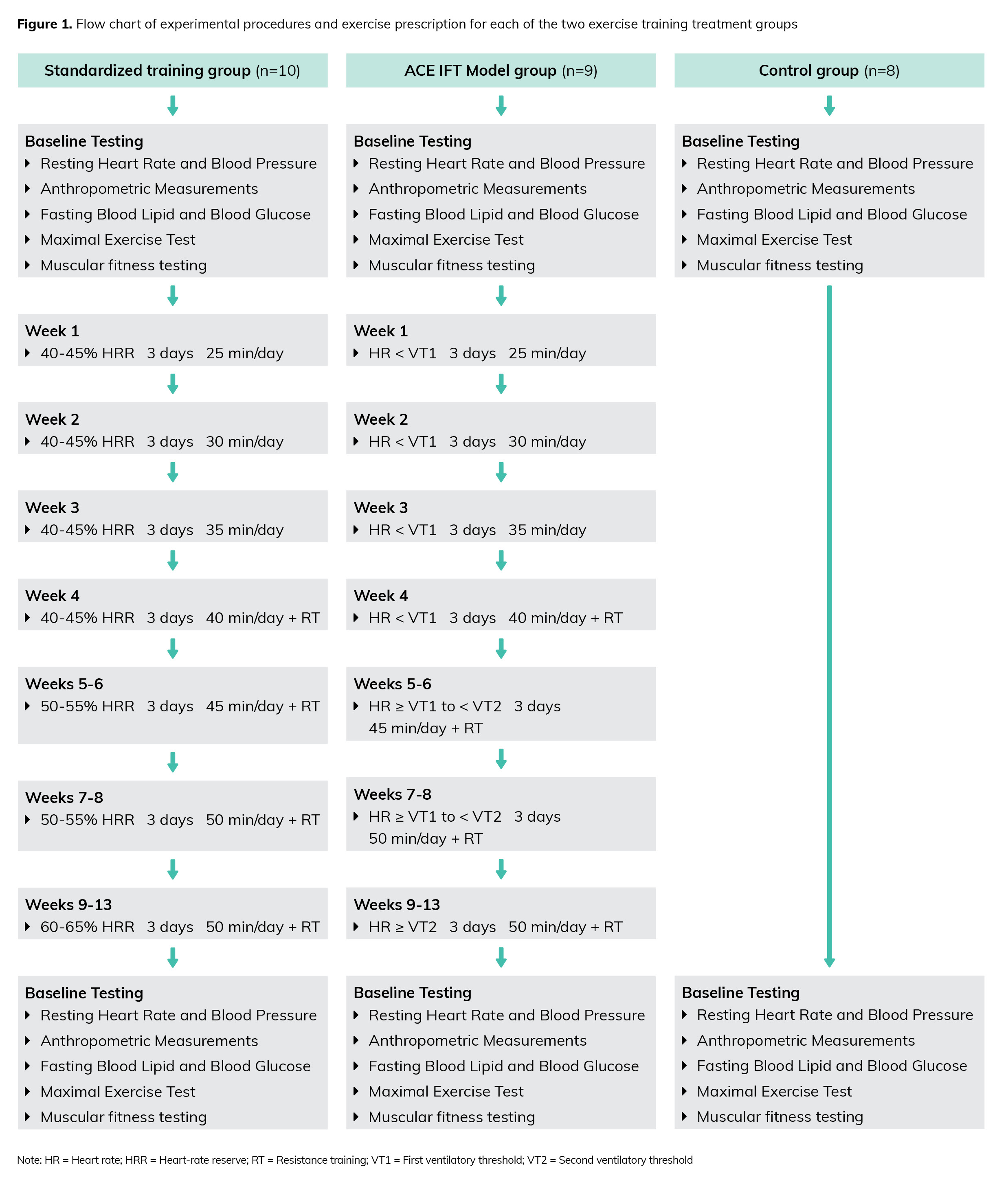 At the end of the 13-week program, participants from all three groups repeated the measurements taken at the outset. Note that the data and analyses presented here are for Year 2 participants only. Also, it is important to note that the three groups did not differ in physical or physiological characteristics prior to the study.

Here are the key findings, as presented in Table 1: 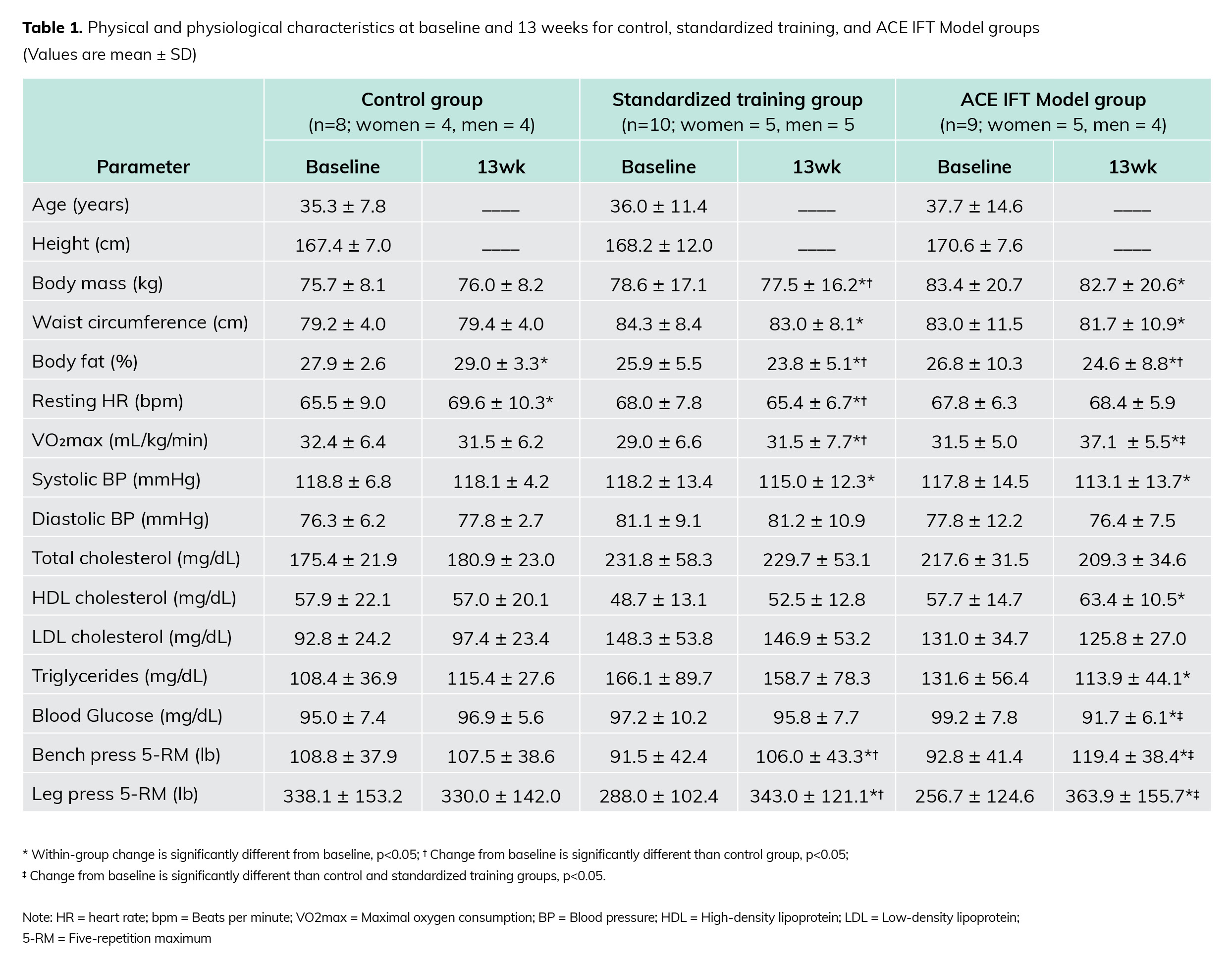 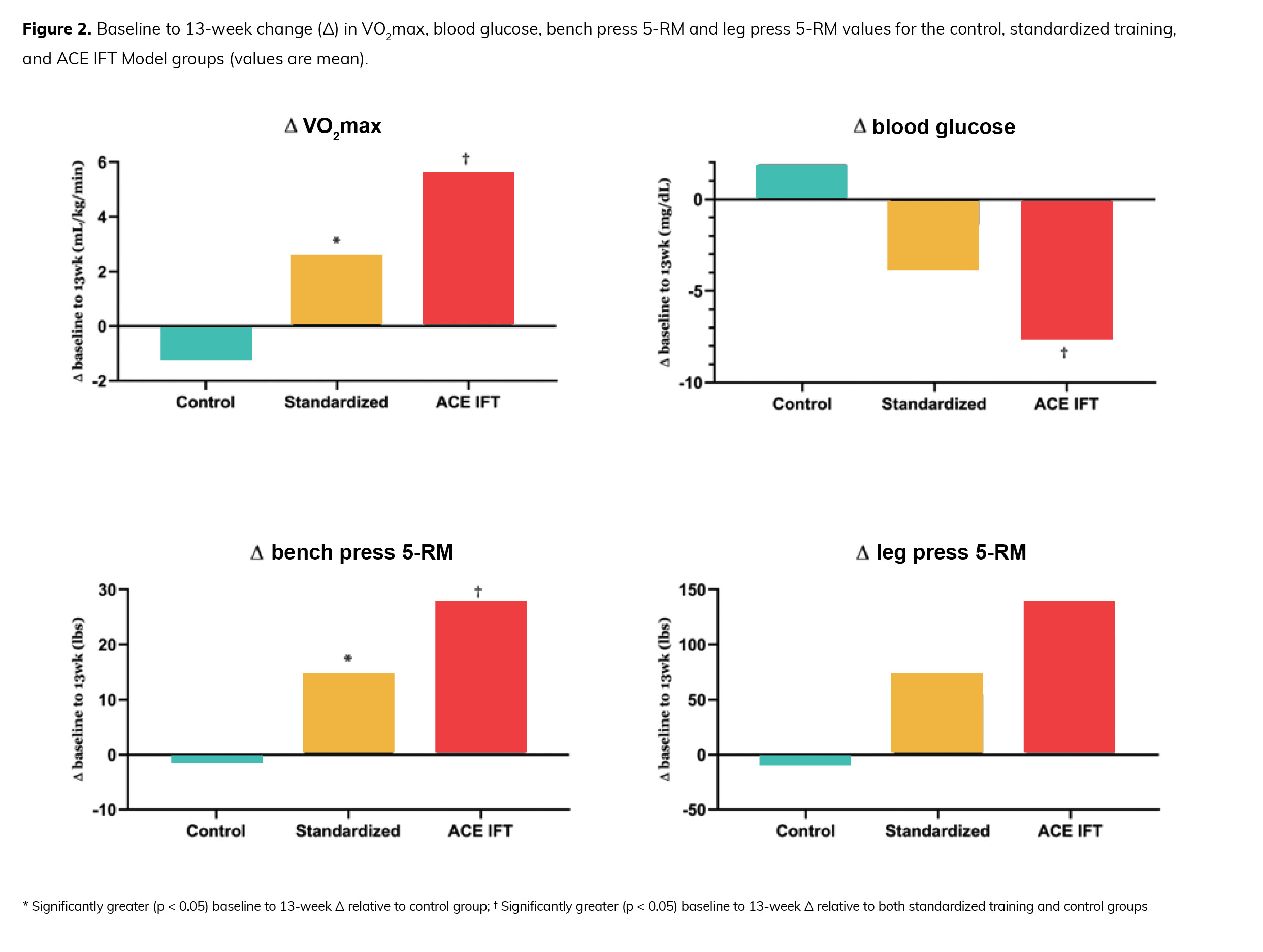 Highlighting the Importance of Muscular Fitness

Over the past decade, low muscular fitness has garnered considerable attention as an independent and powerful predictor of chronic disease risk and premature mortality. Indeed, it has been reported that increased muscular fitness is associated with a reduced risk of all-cause mortality. Additionally, various muscular fitness parameters (e.g., strength, endurance and power) have been found to be associated with common cardiometabolic risk factors, including body mass index, waist circumference, blood lipids and blood pressure. It also has been demonstrated that that there is a strong association between muscular strength and mortality from all causes in various clinical populations, including those with cardiovascular disease, cancer and arthritis. More recently, elevated levels of both upper- and lower-body muscular strength have been linked to lower risk of mortality. Finally, it has been shown that a moderate level of muscular strength is associated with a 32% lower risk of developing type 2 diabetes.

“Taken together,” explains Dr. Dalleck, “this body of scientific literature highlights the critical long-term role of muscular fitness for overall client health.” In Year 2 of this ongoing study, it was demonstrated that a personalized exercise program using the ACE IFT Model enhanced training efficacy and limited training unresponsiveness with respect to both cardiorespiratory fitness (i.e., VO2max) and muscular fitness (i.e., 5-RM bench press and leg press). In particular, the muscular fitness findings are novel. As presented in Figures 3 and 4, the individual changes in 5-RM bench press and 5-RM leg press are consistently twofold greater across all ACE IFT Model group participants when compared to their standardized training and control group counterparts. “These muscular fitness responsiveness findings highlight the importance of personalizing the exercise program,” says Dr. Dalleck, “which is accomplished best with the ACE IFT Model.”

As Dr. Dalleck explains: “When we personalize the exercise program, for both cardiorespiratory and muscular training, versus a more standardized approach, we’re almost always seeing VO2max and muscular strength improve, whereas with a more one-size-fits-all or standardized approach, we’re diminishing training responsiveness by about a third. This really underpins why the ACE IFT Model is so successful.”