Common Medications and Their Effects on Exercise Response 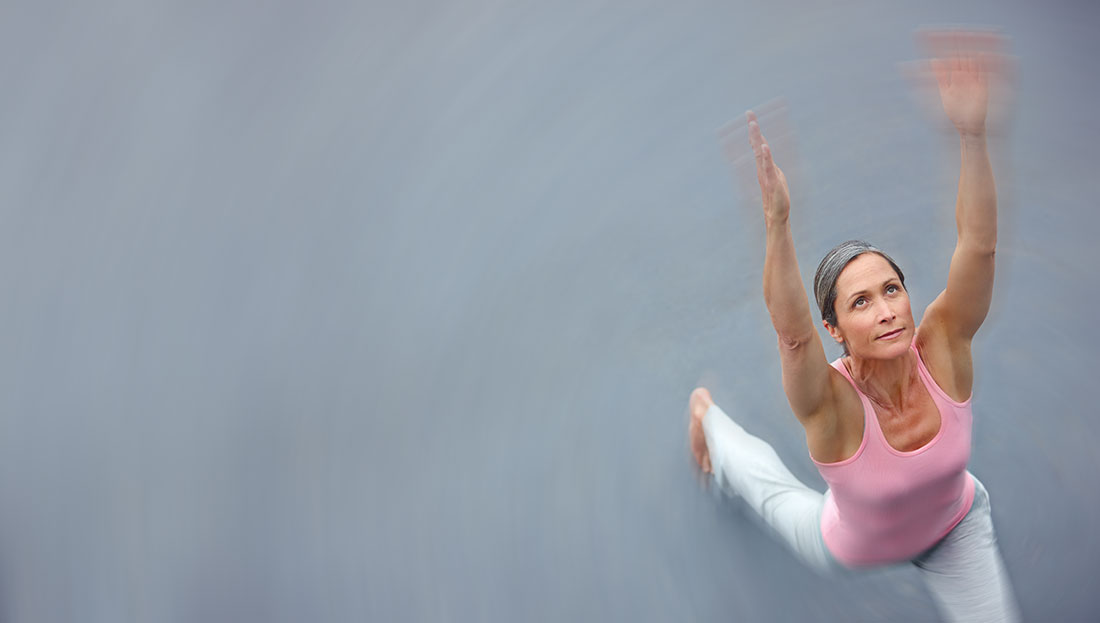 You’ve started working with a new client—a healthy 45-year-old woman—and have noticed that she has some difficulty with balance. Despite working on improving it over several weeks, she hasn’t seen much progress in this area. What might be going on?

One of the first steps you’ll want to do is to check her Health History Inventory. Does she have any previous or current injuries or conditions that might predispose her to issues with balance, such as Meniere’s disease or arthritis in the lower extremities?

The other area you want to consider is medications. What medications is she currently taking? Has she added any to the list she originally provided? Be sure to ask her about over-the-counter (OTC) medications, as well. There are many medications—prescription and OTC—that can have varying effects on exercise response, including balance.

“When people think about medications affecting exercise response, it’s typically cardiac medications that come to mind,” explains Kerri L. Knox, R.Ph., registered pharmacist for Osco Pharmacy. “There’s lots of literature out there to educate people about cardiac meds affecting heart-rate response, increasing risk of post-exercise hypotension and masking hypoglycemia symptoms. It’s important for people to be aware that many other common medications can affect our response to exercise and increase our risk of injury.”

“More than half of us now regularly take a prescription medication—four, on average—according to a new nationally representative Consumer Reports survey of nearly 2,000 adults,” writes Consumer Reports reporter Teresa Carr. “Many in that group also take over-the-counter drugs as well as vitamins and other dietary supplements.”

As a whole, Americans take more prescription medications now than at any other time in history, and far more than people in any other country. In fact, according to Consumer Reports, “The total number of prescriptions filled by all Americans, including adults and children, has increased by 85% over two decades, while the total U.S. population has increased by only 21%.”

In the June 2013 issue of ACE Certified News, Lance C. Dalleck, Ph.D., thoroughly outlines how beta blockers, ACE inhibitors, diuretics, oral hypoglycemics and statins affect heart the rate and blood pressure response to exercise. (If you haven’t read this article yet, it’s an important one!) However, the effects of these medications extend beyond concerns related to heart rate and blood pressure.

“All blood pressure medications have the potential to cause dizziness or lightheadedness,” explains Knox. “Beta blockers, in particular, can cause shortness of breath and exacerbate exercise-induced asthma. They can also cause weakness and increase the risk of dehydration in exercise, especially when taken in combination with diuretics.”

Diuretics can cause dizziness and dehydration. Additionally, Knox explains, “Diuretics can also cause hypokalemia, leading to muscle cramps and, in severe cases, rhabdomyolysis. Exercise-induced hypoglycemia is the main concern with the oral hypoglycemics.”

Statins are a common class of drugs prescribed for high cholesterol. “In addition to the rhabdomyolysis we see with statins,” says Knox, “there are often milder cases of cramping, fatigue, weakness and stiffness that are overlooked, but can significantly impact one’s ability or desire to exercise. Also, on a cellular level, statins appear to decrease the benefits of exercise. Muscle-fiber growth and muscle-cell efficiency, which are commonly observed in subjects who exercise, appear to be stunted in those treated with statins.”

While medication use tends to increase with age, it’s important to ask all your clients—regardless of their age—what medications they’re taking, including OTC medications. What follows is an overview of some of the prescription and OTC medications your clients are most likely to take, along with information on the potential side-effects each may have on the exercise response. In each list, the brand name is followed by the generic name in parentheses.

Note: The effects of non-steroidal anti-inflammatory drugs (NSAIDs), such as acetaminophen, naproxen and ibuprofen, on exercise will be covered in a separate article.

There are several types of medications used to treat attention deficit hyperactivity disorder (ADHD), one of them being stimulants. The most common stimulants include:

Stimulants prescribed for ADHD increase metabolic rate, which increases sweating and can lead to dehydration. This poses an even greater risk when caffeine is added to the mix. These drugs also decrease pain perception, which could lead to injury.

Fit Tip: Encourage water intake throughout your clients' workouts. Foster the mind-body connection by asking how they're feeling and to tune into their body to help prevent injury.

Two of the most common classes of antidepressant medications are selective serotonin reuptake inhibitors (SSRIs) and monoamine oxidase inhibitors (MAOIs). Some of the drugs in these categories include:

Antidepressants, particularly SSRIs and MAOIs, are known to cause joint pain, muscle aches, dizziness and decreased balance, which can significantly increase one’s risk of falling during exercise. These drugs can also cause excessive sweating, which could lead to dehydration.

Fit Tip: Encourage plenty of water intake throughout your clients’ workouts, and provide instructions on how to prevent dizziness, such as avoiding excessive head movement. Encourage the mind-body connection and include balance exercises, providing a ready means of support, such as a chair or wall, if necessary.

There are a plethora of medications for asthma and COPD. Here are just a few:

Bronchodilators decrease potassium levels and can lead to muscle cramps, while inhaled steroids can cause muscle spasms, cramps and pain.

Fit Tip: Encourage your clients to consume plenty of water and  potassium-rich foods.

Sleeping aids can be prescription or OTC. Some antidepressants are also used as sleeping aids.

Sleeping medications may affect balance and coordination, especially if one exercises in the morning.

Fit Tip: Be aware that clients may have some challenges with balance and coordination, particularly during morning workouts. If this is the case, ease them into the workout with a longer warm-up.

Proton pump inhibitors (PPIs) are a class of medications used for gastroesophageal reflux disease (GERD), commonly known as acid reflux or heartburn. They work by preventing certain cells from “pumping” acid into the stomach. Some common PPIs include:

PPIs are known to decrease calcium and magnesium absorption, increasing the risk of osteoporosis and likelihood of fractures. They also alter calcium metabolism, leading to further increases in calcium loss from bones.

In addition, PPIs also decrease absorption of vitamin B12, potentially leading to anemia. Though it’s not common to see anemia in the general population of PPI users, it is certainly a known risk. Anemia can cause shortness of breath, fatigue, dizziness and, if severe enough, chest pain and abnormal heart rate.

Fit Tip: Encourage your client to consume foods rich in vitamin B12, calcium and vitamin D. Refer vegan clients to their healthcare providers to discuss supplementation, as some of these nutrients are more challenging (although not impossible) to consume on a vegan diet. Strength training can also help keep the bones strong.

Antihistamines block the effects of histamines, which cause allergy symptoms such as sneezing, itchy/watery eyes, runny nose and hives. Antihistamines are also sometimes used to treat other ailments, such as motion sickness, nausea, sleep problems and anxiety.

Some common antihistamines include:

Be aware that antihistamines can cause dizziness and affect balance. Importantly, they can also affect temperature regulation, which could lead some clients to experience overheating.

Fit Tip: Encourage your clients to drink plenty of water and to avoid working out in extreme heat. If exercising in a closed-off indoor environment, increase air flow with a fan. Be sure to include balance exercises, and provide a ready means of support, such as a chair or wall, if necessary.

Nasal decongestants fall under two basic generic names: pseudoephedrine and phenylephrine. Here are some common brand names that fall under these categories:

Fluoroquinolone antibiotics and oral and injected corticosteroids can weaken tendons, which in turn may lead to tendon ruptures. When taken together, this risk multiplies.

“Though [generally] not as frequently used, fluoroquinolone antibiotics are a very popular class of antibiotics for urinary tract infections (UTIs) and respiratory infections, and contain a black box warning about tendon issues,” cautions Knox.

Fluoroquinolones have also been found to cause nerve damage that primarily affects the arms and legs and can cause numbness, tingling, burning or shooting pain.

Corticosteroids help reduce inflammation within the body and are therefore used for inflammatory conditions, including asthma, arthritis, psoriasis and colitis.

Fit Tip: Be very cautious with what you choose for exercises while a client is taking one of these drugs. Low-impact, lower-intensity exercises and activities are recommended during this time.

Clearly, there are many medications that can affect how the body reacts to exercise. This is another reason why it's so important to make sure you have clients fill out a Health History Inventory and ask them to update information in a timely manner when there are changes.

Also, pay attention for clues to temporary changes in their health for which they may take medication. For example, if a client mentions she's been sick or not sleeping well, ask if she's taken any medication to help sleep or feel better.

By understanding the effect medications can have on fitness performance, you can better design your clients' programs and keep them moving toward fitness success. 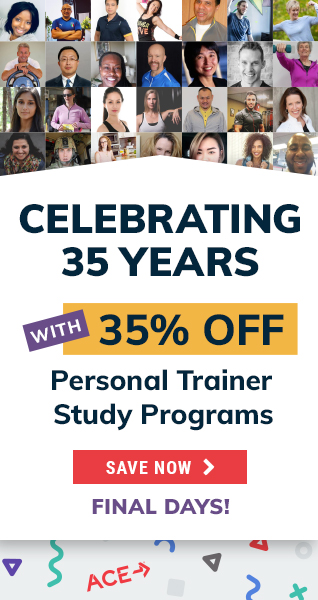