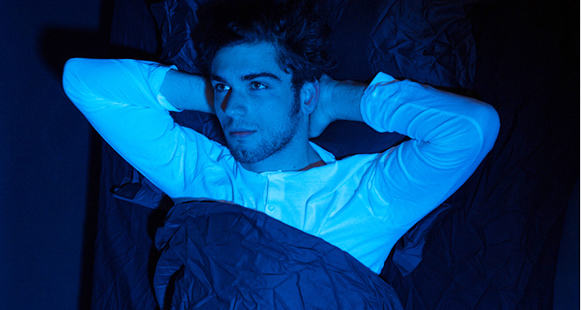 Night owls beware: A growing body of research is demonstrating that not getting enough sleep can really take a toll on your waistline. Not only does the body need that time to restore and repair itself, a large new study suggests that healthy adults with late bedtimes and chronic sleep restriction may be more susceptible to weight gain because they spend at least some of that extra awake time consuming extra calories.

Researchers from the University of Pennsylvania in Philadelphia, Pa., recruited 225 healthy, non-obese men and women between the ages of 22 and 50. The subjects were randomly selected to one of two groups—a sleep-restricted group or a control group—and spent as many as 18 consecutive days in the Sleep and Chronobiology Laboratory at the Hospital of the University of Pennsylvania.

Meals were served at scheduled times, and food was always available in the laboratory kitchen for participants who wanted to eat at other times of day. Subjects were permitted to watch TV, read, play video games or perform other sedentary activities, but they were not allowed to exercise.

Researchers found that those who spent only four hours in bed from 4 a.m. to 8 a.m. for five consecutive nights gained more weight than the control subjects who were in bed for 10 hours each night from 10 p.m. to 8 a.m. Sleep-restricted subjects had an overall increase in caloric intake, because they ate more meals during the late-night hours. Not surprisingly, the proportion of calories consumed from fat was higher during late-night hours than at other times of day.

“Although previous epidemiological studies have suggested an association between short sleep duration and weight gain/obesity, we were surprised to observe significant weight gain during an in-laboratory study,” says lead author Andrea Spaeth, a doctoral candidate in the psychology department at the University of Pennsylvania.

“African Americans, who are at greater risk for obesity and more likely to be habitual short sleepers, may be more susceptible to weight gain in response to sleep restriction,” explains Spaeth. She believes further studies should focus on identifying the behavioral and physiological mechanisms underlying African Americans' increased risk for obesity.

Obviously, obesity and the risk of weight gain depend on a multitude of factors, including diet, genetics and even stress. And a sedentary lifestyle is a huge risk factor, not only for weight gain, but for a wide range of diseases and conditions. However, health and fitness professionals should educate their clients on the importance of an overall healthy lifestyle—which, as this and other studies have confirmed, includes adequate sleep—rather than focus solely on the importance of exercise.