Strategies for Coaching Clients Toward a Healthier Body Image 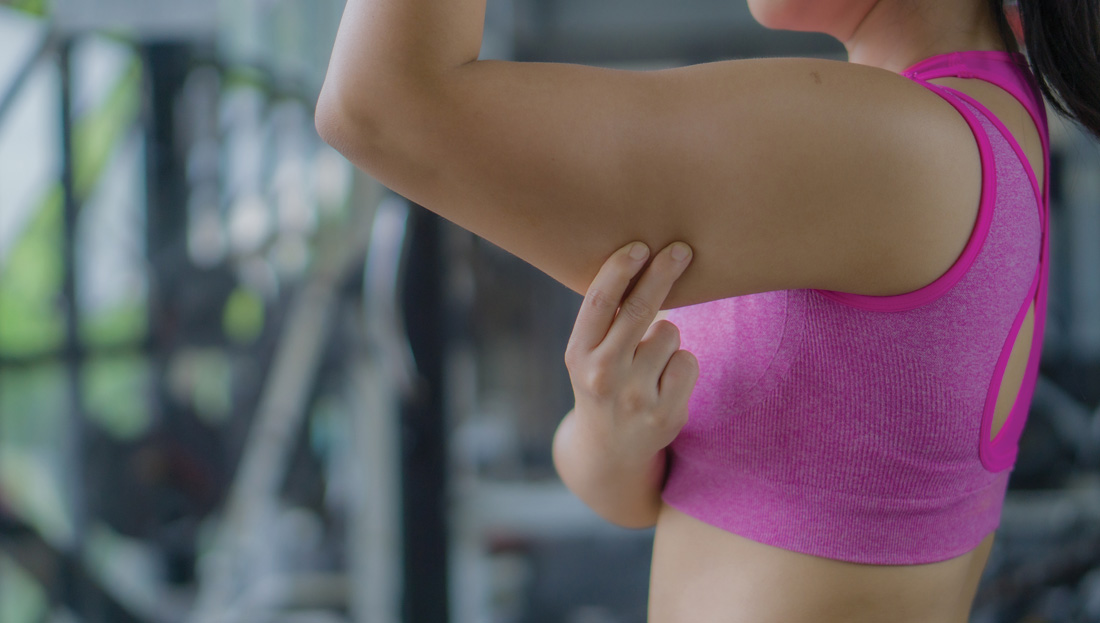 I can remember as a young girl hating my body and being envious of my cousins and their slim physiques. The irony, however, is that looking at photos of myself as a little girl, I see a lanky 10 year old.

So, why didn’t I see my body for what it was as a child?

The So-called "Ideal Body" is Ever-changing

The idea of certain body types being preferred is as old as time. Each culture and time period adopted what it determined to be its own definition of beauty and the ideal body. One of the earliest examples of what culture deemed the ideal body dates to 25,000 BC, during the Paleolithic era. Some experts believe that the four-inch statue called the “Venus of Willendorf” (unearthed in 1908 in Willendorf, Austria) is a representation of what was considered ideal female beauty during that time.

For much of history, voluptuous, curvy bodies were “in”—with the invention of the corset and smaller waists also being in style at certain times, beginning in the 1500s. With the advent of mass media in the 1920s, a thinner, willowy figure came into vogue. Since then, a wide range of looks and features have been considered desirable, from hour-glass figures to waif-like bodies, athletic builds to “thigh gaps.” And men are not immune to the whims of fashion, which has swung between slim and androgynous and aggressively masculine and muscular (and back again).

Problems arise, of course, when your particular physique doesn’t fit what might be considered desirable at any given time. It’s no wonder so many people struggle with body image.

Because body image is one’s perception of their body, it’s also subjective. “Body image is how you think and feel about your body, irrespective of how your body looks,” explains Samantha Gambino, PsyD, a licensed school-clinical psychologist specializing in mental health and wellness. “The critical thing to know about body image is that it is a subjective experience. This means that one’s body image is an opinion or feeling based on their own internal perspective.”

Chase agrees. “Unfortunately, negative body image is quite pervasive, especially given the constant exposure to our appearance and images. Many people are in a position of believing that dislike of their body is ‘normal’ and that their value is intrinsically tied to how their body looks and what it does for others.”

It's important to note that negative body image is not necessarily the same as body dysmorphia or body dysmorphic disorder (BDD). “Body dysmorphia is when an individual is preoccupied by one or more perceived flaws or defects in their appearance,” explains Chase. “It is classified as a mental health disorder when the preoccupation causes significant distress or interferes with one’s functioning. The blatant misperception and the level of distress and interference are what distinguishes it from what is called negative body image.”

I used to think that I would outgrow my own negative body image as I aged. But having worked with a wide spectrum of ages throughout my career, including women in their 70s and 80s, it eventually became clear to me that negative body image doesn’t just magically disappear.

Many women spend much of their lives battling their body image, with research suggesting that this internal struggle begins at a young age. “Studies reveal that 40 to 70% of adolescent girls are unhappy with at least two features of their bodies, with 50 to 80% stating that they desire to be thinner,” states Gambino. “These findings suggest that when you meet an adult female for training, she has already spent about half of her life dissatisfied with her body. These thoughts and feelings are well established, so it is crucial to be patient when working with [someone who has] a negative body image.”

In addition to the media, Gambino says that being teased or bullied as a child for how you look or growing up in a family that emphasizes perfection and thinness, can be triggers for body-image issues. “When parents constantly diet or talk about their own body dissatisfaction, kids will pick up on this and later apply these thoughts to themselves. If parents are harsh and critical about how they talk about their bodies, along with their children’s, these messages will be internalized.”

As a health and exercise professional, it’s important to understand that body image is a continuum. “It’s normal to have many thoughts and feelings about your body,” says Gambino, “and these emotions may change at different points in life as your body changes throughout your lifespan.”

It can also change moment to moment. “Remember that there is a body-image spectrum, and that body image can be fluid,” says Ashley Wentworth, MS, RD, CD, owner of Ashley Wentworth Nutrition. “How we feel about our bodies at any given moment can change quickly depending on many factors. We can go from feeling great about our bodies to feeling hate toward them in an instant after an unsolicited comment, glance in the mirror or other triggering event.”

Focus on What Bodies Can Do, Not How They Look

Wentworth states that while we are not in a position to make clients love their bodies or how they look, we might be able to help them respect, accept or, at the very least, feel more neutral about their bodies. “Our feelings about our own bodies are valid no matter what others may think or see,” says Wentworth, “and everyone has lived different experiences that have contributed to these feelings. It’s not easy to ‘just change’ the way we feel about our bodies, especially because of the value placed on thinner bodies in our culture.”

With that said, there are things that you can do as a health and exercise professional to nurture positive body image with your clients. Wentworth feels this starts with each of us examining our own body and weight biases that might skew how we approach body image. “Help your clients think about their bodies as just bodies and focus on what they can do instead of how they look. Avoid talking about ‘good’ bodies and focus more on the fact that all bodies are good bodies, no matter what they can do or what they look like. Every body deserves respect.”

When helping your clients set goals, steer them toward targets that have nothing to do with their body size. “If weight loss is one of their goals, helping them explore their beliefs about weight, size and health can be helpful as they can focus on health improvements without focusing on changing [the size of] their bodies,” urges Wentworth.

Gambino says that things like emphasizing personal characteristics over performance, discussing self-care, gently making clients aware of negative self-talk, and practicing positive mantras can also be helpful in nurturing a more positive body image in your clients. But before anything is brought up about a client’s negative body image, a trusting client-coach relationship should already be established.

“Before you even open the topic of body image with a client, it is essential to have a trusting relationship," asserts Gambino. "You do not want your client to feel judged, criticized or ashamed.”

“It’s important for clients to identify and name their body image struggle,” emphasizes Chase. “One cannot be helped unless it is brought to the surface and talked about. There is so much shame associated with negative body image that it is common for clients to not share and, instead, ruminate and become preoccupied. By beginning to name where one is today and how one feels in their body and what their negative perceptions are, one can begin to practice replacing the negative thoughts—also referred to as body shaming—with more body-neutral statements.”

Thoughts Are Not Facts

Clients will say things based on their feelings about themselves and their bodies, explains Gambino, even though many of these things are not true. Challenge their thoughts. Ask them why they believe what they do and what evidence proves this belief. Help them see that these thoughts and beliefs are not facts.

Changing a body-shaming statement such as “I hate my thighs” to a more neutral statement—“I have thighs”—can feel silly at first, says Chase, “but then you can begin to build on those neutral statements and change the dialogue about them. For example, ‘My thighs are strong and let me play soccer.’ Increasing awareness and practicing how their body benefits them and lets them do things is valuable, as they can begin to separate their value from what others think their body should be and look like.”

Chase says another powerful strategy is to reconsider the time spent on social media and which accounts are followed. She suggests urging clients to “change their social media feed so that they’re following body-positive, supportive people and accounts. And unfollow negative, harmful, ‘diet culture’ accounts.”

The same goes with time spent with family and friends. She suggests clients surround themselves “with friends and family who promote healthy and positive messages." She also recommends clients consider limiting time with those who might exacerbate a preoccupation with or overemphasis on weight and body image, as this “could be damaging,” says Chase.

Lastly, notice the language you use with your clients. Do you commonly refer to reducing the size of a body part or trying to sculpt a better one? Comments such as these can give clients the evidence they need to prove why they feel negatively about their bodies, which serves to exacerbate poor body image. By evaluating your own language, attitudes and beliefs about bodies and health, and encouraging your clients to evaluate theirs, together you can work toward creating a more positive, accepting environment and nurture a healthier body image.