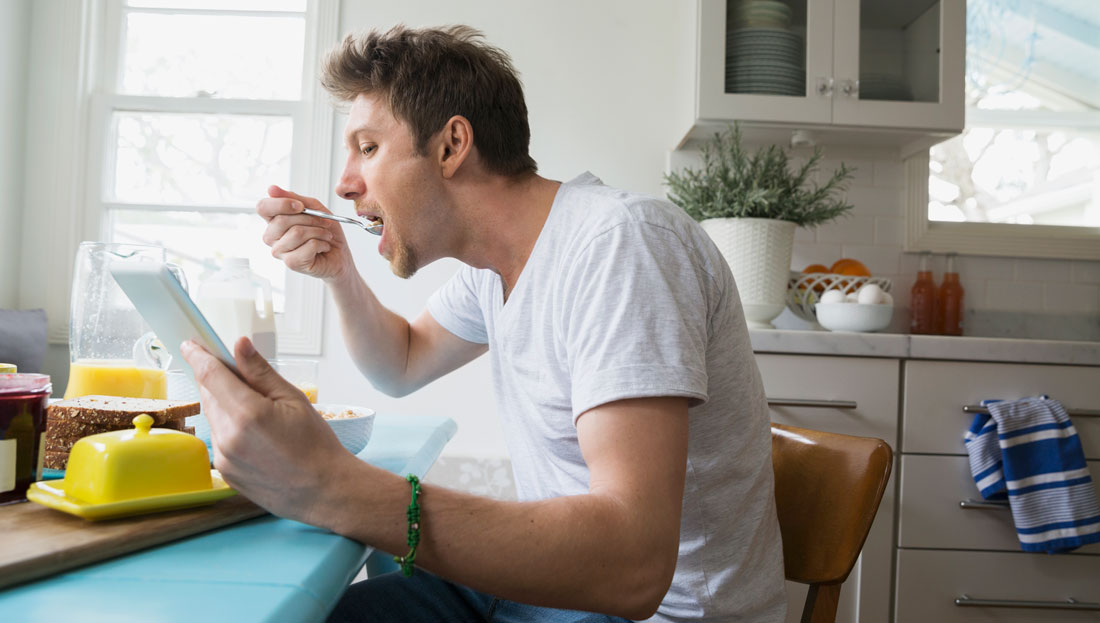 Have you noticed the difference in people’s posture that’s occurred over the past few years? If you’re a younger trainer—say, in your 20s—you might not have, since you’ve grown up in this technological age. If you’re a more seasoned pro, you may have noticed that even kids’ posture is beginning to look a lot like the posture of someone much older—with rounded shoulders and upper back, and the chin jutted forward.

There are even terms coined for this body position—tech neck or text neck.

“The term ‘text neck’ has become increasingly prevalent in describing the effects of extensive phone use,” says Jennifer Ruoff, M.S., OTR/L, director of Occupational Therapy Clinical Services for FOX Rehabilitation. “Text neck describes the tendency for people to tilt their head and neck down toward their phones when they are in use. The stress caused by bending your neck at this angle carries down and increases pressure on your spine and can push the ligaments beyond their limit. Over time, the ligaments and tissues around the spine begin to break down and spinal discs can become pressed, causing pain and a change in the spine’s overall pattern.”

Veronica Sutherland, owner of Pilates and Movement Therapy Studio in Orange, NSW, Australia, and the 2017 Biomechanics Method Corrective Exercise Specialist of the Year, reminds us that our bodies are a kinetic chain. “We are a one-piece machine, so failure in any part of the chain has a cascading effect.”

As an example, Sutherland says that a forward-head posture affects the neck, upper back, chest and shoulders. “The cascading effect is the rounding of the low back, tucking of the pelvis and resulting hip dysfunction,” explains Sutherland. “[Considering this posture in a standing position], we have locked knees, tight calves and inactive glutes.”

She also points out that for every action, there is an equal and opposite reaction. For example, when the upper-back muscles are excessively rounded forward, the effect on the chest muscles is a shortening and tightening.

“In the case of the low-back muscles being overstretched as the pelvis tucks under, the abdominal muscles collapse and can no longer support the spine. It is the same for every muscle group,” Sutherland continues. “This misalignment is not only muscular, it places [excessive] load on joints, as well as leading to such conditions as disc degeneration, spurs, bursitis—and many other things that end in ‘-itis.’”

Though normally not a concern for health and exercise pros, poor posture also affects the internal organs and their function. “Compression on the abdominal organs adds to general dysfunction of these vital organs and their ability to function efficiently,” adds Sutherland.

What Does Proper Posture Look Like…and How Do You Get It?

Proper posture shouldn’t look like you’re in military formation (Chest up! Shoulders back!). Essentially, when standing, think "ears over shoulders, shoulders over hips, hips over knees, and knees over ankles." Naturally, you stop at the hips for sitting posture.

Sutherland suggests sitting with a neutral pelvis. “Neutral pelvis is different for everyone and is most easily found by gently tilting the pelvis forward and back a few times. Keep a very small range of motion while doing this and be aware of how the different positions feel,” explains Sutherland. “Neutral is where you find yourself sitting on sit bones and your spine feels the most lifted and supported. In this position, you will feel the abdominals and spinal stabilizers gently engage. This is a sure sign you are in good alignment, as once we slouch, access to these muscles is limited.”

Because we spend so much time sitting, the hip flexors shorten, as do the pectoral muscles due to hunching over, making them tight and hypertonic, explains Jonathan Jordan, owner of Jonathan Jordan Fitness in San Francisco, Calif. This posture lengthens and weakens the muscles in the back, as well as the gluteals. “This leads to poor movement patterns, compensations, and potentially pain and injury,” says Jordan.

So whether you’re trying to prevent poor posture or correct it, the process is similar: Open up the front of the body and strengthen the back side of it (see the exercise suggestions offered at the end of this article). Note: This does not mean you avoid strengthening the anterior muscles or stretching the posterior ones. The ultimate goal is to create balance between the antagonistic muscle groups.

Aside from strengthening and stretching, there are other daily habits that can be worked into anyone’s routine.

“You should look for ways to set up your devices in an efficient and effective manner that will also prevent hunching throughout the day,” explains Ruoff. “For example, positioning your devices at eye-level or slightly above can help you proactively avoid slouching or hunching toward your device. Most importantly, become body-aware and make adjustments throughout the day to improve your posture. Standing desks and [stability] balls in place of chairs have become increasingly popular tools to help combat hunching at the desk.”

“When holding devices, such as phones and tablets, try to lift them to your eyes, rather than dropping your neck,” adds Sutherland. “Doing this may feel strange at first, but you can actually build strength doing this!”

Whether you have a standing desk or a traditional seated one, it’s important to set it up so that it’s ergonomically beneficial, advises Jordan. “When seated, make sure your chair is set up so that your elbows are supported at 90 degrees and your knees are stacked with your ankles,” says Jordan. “Maintain your keyboard height even with your elbows, and eyes at arm’s length from your screen. When [at a standing desk], tilt your monitor back 10 to 20 degrees, use an anti-fatigue mat, and wear shoes with proper arch support.”

Eric Wilson, the 2016 Biomechanics Method Corrective Exercise Specialist of the Year from Apex, N.C., says that overall physical activity is just as important as positioning while on devices. “While the time spent on devices can certainly be a strain on the body, this is not a completely new posture for humans. [Historically], we’ve done many things that are in a similar position, including watch-making, crafting jewelry, pottery, sewing, knitting, puzzles, reading a book and driving.”

That doesn’t mean our lifestyles were the same, however. “We used to spend more time moving, playing and being generally more active, which can help negate some of the postural effects of chronic device use, and in turn, would also naturally limit our time on the devices.”

Sutherland says that while more formal exercise and stretching certainly helps, that alone may not be enough to counteract six or seven hours a day at a desk, or the average of three hours a day in forward-head posture staring down at our devices.

“Our daily habits, work position and repeated movement patterns are critical,” claims Sutherland. “What we do most wins! We are training every single moment of every day.”

Sutherland feels the most beneficial thing we can do is to learn how to live in good posture and alignment.

“If you do not feel gentle muscular engagement in your core as you sit at your desk, drive your car, reach to the back seat, carry groceries, or pick up the baby, you can assume your joints and connective tissues took the full force. Find alignment and build the endurance in the muscles that we want to be quietly working away all day, every day, to stand, sit and play well."

To strengthen the upper back and rear deltoids, consider any exercise that involves scapular retraction, including: 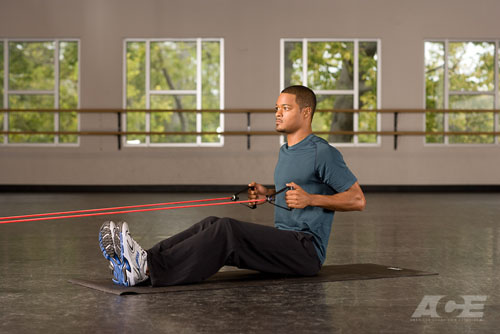 To strengthen the low-back and gluteal muscles, consider exercises that involve hip extension and abduction, as well as back extension and isometric core work, including: 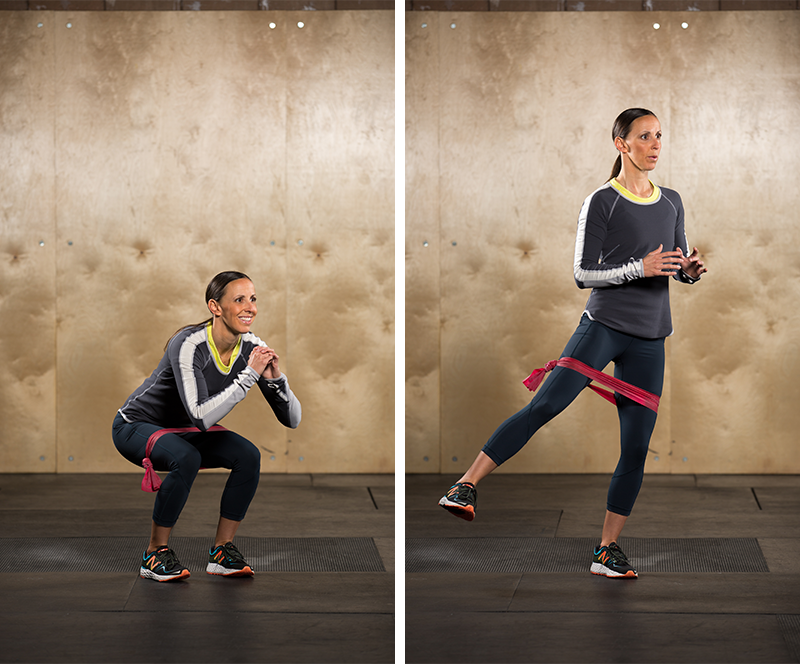 To open up the chest, think scapular retraction: 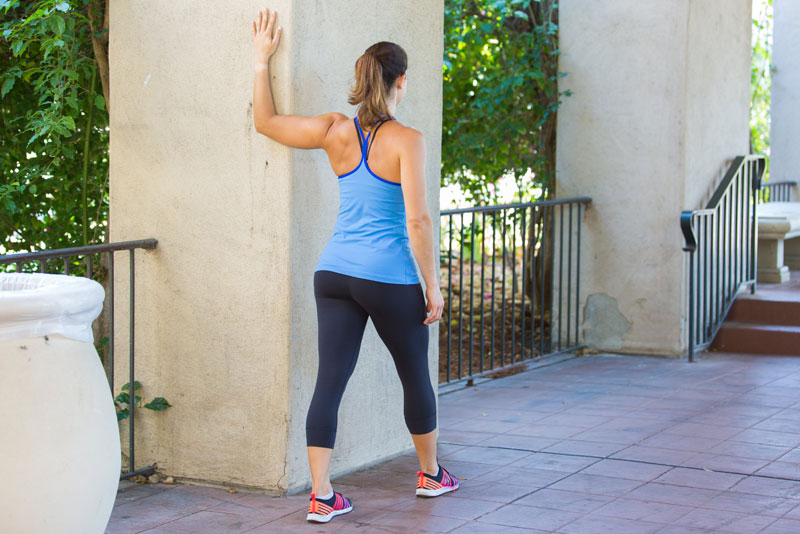 To Help Release the Hip Flexors: 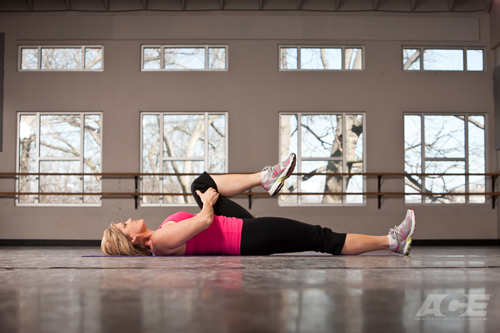 If you have a client who faithfully stretches but is unable to “release” parts of the body and is showing no improvement in flexibility and/or pain, consider myofascial release for them.