Whole Eggs vs. Egg Whites: Which is Better for Post-workout Muscle Building? 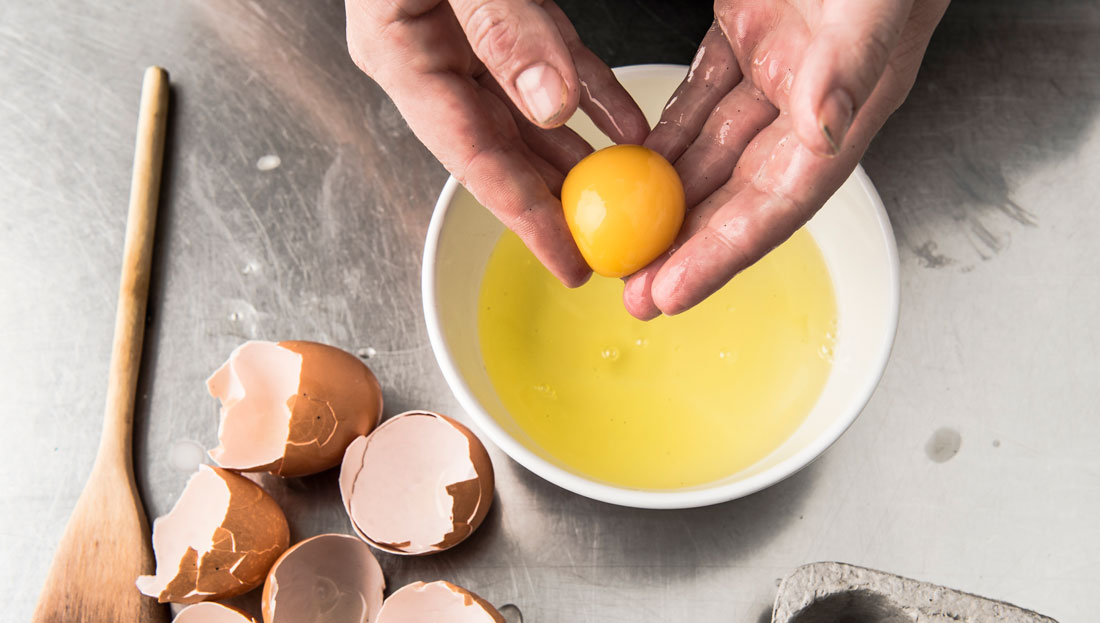 When it comes to maximizing the muscle-building process following a workout, you know that appropriate and properly timed nutrition is a key factor. While there is much debate about the timing and composition of a post-workout meal or snack, a new research study is helping to shed some light on how consuming different types of protein alters how the body’s muscles build protein during the post-workout period.

Researchers from the University of Illinois found that people who consume 18 grams of protein from whole eggs or from egg whites after engaging in resistance exercise differ dramatically in how their muscles build protein, a process called protein synthesis, during the post-workout period. Specifically, the post-workout muscle-building response in those eating whole eggs is 40% greater than in those consuming an equivalent amount of protein from egg whites, the team found.

The discovery, reported in the American Journal of Clinical Nutrition, suggests that the widespread practice of throwing away egg yolks to maximize one’s dietary protein intake from eggs is counterproductive, says Dr. Nicholas Burd, a University of Illinois professor of kinesiology and community health who led the research.

The yolks also contain protein, along with key nutrients and other food components that are not present in egg whites, Burd explains. And something in the yolks is boosting the body’s ability to utilize that protein in the muscles.

“This study suggests that eating protein within its most natural food matrix tends to be more beneficial to our muscles as opposed to getting one’s protein from isolated protein sources,” he says.

In the study, 10 young men engaged in a single bout of resistance exercise and then ate either whole eggs or egg whites containing 18 grams of protein. Researchers administered infusions of stable-isotope-labeled leucine and phenylalanine (two important amino acids) to participants. This allowed the scientists to maintain and precisely measure amino acid levels in participants’ blood and muscles.

The University of Illinois Poultry Research Farm developed eggs for the study that also were isotopically labeled with leucine. This allowed for precise tracking of where the food-derived amino acids ended up after participants ingested them.

The team took repeated blood and muscle biopsy samples to assess how the egg-derived amino acids were appearing in the blood and in protein synthesis in muscles before and after the resistance exercise and eating.

“By using those labeled eggs, we saw that if you ate the whole egg or the egg whites, the same amount of dietary amino acids became available in your blood,” Burd explains. “In each case, about 60 to 70% of the amino acids were available in the blood to build new muscle protein. That would suggest that getting one’s protein from whole eggs or just from the whites makes no difference, as the amount of dietary amino acids in the blood after eating generally gives us an indication of how potent a food source is for the muscle-building response.”

But when the researchers directly measured protein synthesis in the muscle, they found a very different response.

Previous studies suggest this difference has nothing to do with the difference in energy content of whole eggs and egg whites—whole eggs containing 18 grams of protein also contain about 17 grams of fat, whereas egg whites have no fat. Studies from Burd’s lab and others show that simply adding fat to an isolated protein source in the diet after exercise does not boost protein synthesis.

“There’s a lot of stress on protein nutrition in modern society, and research is showing that we need more protein in the diet than we once thought to maintain health,” Burd says. “As world population grows, we need cost-effective and sustainable strategies for improving the use of protein in the diet. This work is showing that consuming egg protein in its natural matrix has a much greater benefit than getting isolated protein from the same source.”

What This Study Means to Health and Fitness Pros

As a health and fitness professional, your clients look to you for information and advice about health and wellness. Urging them to choose whole-food sources of protein such as eggs is well within your scope of practice, and is good advice for both maximizing strength-training results and for general health and well-being. In fact, helping your make healthy choices and positive lifestyle changes should be considered an integral part of your job.