Flash sale! 50% off Health Coach Study Programs. 3 days only! Save Big
Flash sale! 50% off Personal Trainer Study Programs. 3 days only! Save Big
Embrace your future! 40% off certification study programs. Last chance! Save now
Create your story as an ACE Specialist. Up to $350 off ALL Specialist Programs. Don't miss this! Save now
This is a big deal! Save more with course bundles. Ending soon! Save now 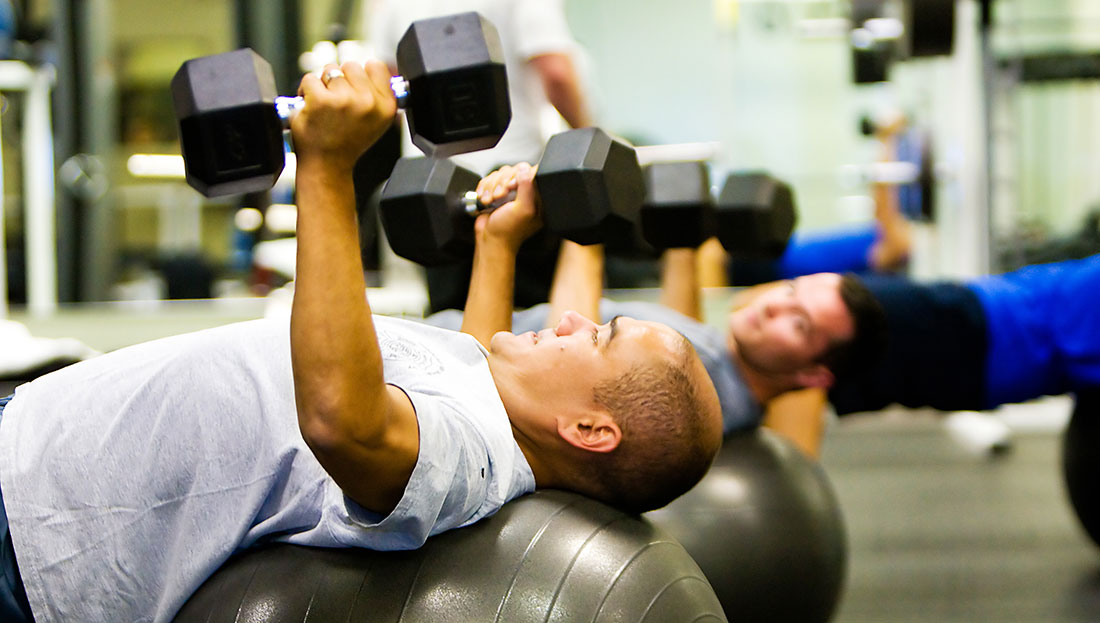 Hormones are chemicals that control how all cells and tissue function. While certain hormones can increase lean muscle mass, other hormones support energy metabolism to fuel muscular activity. Previously published articles reviewed the role of exercise in promoting testosterone production and the hormones responsible for energy metabolism. In this final installment, we examine two important hormones that help promote tissue repair, fat metabolism and muscle growth: growth hormone (GH) and insulin-like growth factor (IGF-1). Understanding how exercise can elevate levels of these hormones will enhance your ability to design programs that allow clients to achieve their desired outcomes with effective and time-efficient workouts.

Both GH and IGF-1 are polypeptide hormones, which are comprised of chains of amino acids and capable of binding to receptors in blood or to receptors located on the cell membrane.

IGF-1 is an important anabolic hormone produced in response to mechanical disruption of muscle cells. It has a molecular structure that is similar to insulin, which is how it gets its name. This hormone is produced in both the liver and the muscles involved in mechanical loading during a workout. IGF-1 can promote the production of satellite cells used to repair damaged tissues and works with GH, making it an important hormone for promoting muscle growth (Haff and Triplett, 2016; Hoffman, 2014). Table 1 outlines the specific roles of each of these hormones.

High-intensity exercise causes the anterior pituitary gland to release GH to repair damaged muscle tissues. Like all hormones, GH works with specific receptor sites and can produce several responses, including increasing protein synthesis, increasing bone mineralization, supporting immune system function and promoting lipolysis, which is the use of free fatty acids for energy metabolism. Exercise is not the only stimulus for GH, as it is also released during the REM cycles of sleep, which is why good sleep hygiene is such an important component of an exercise program designed for muscle growth (Haff and Triplett, 2016; Hoffman, 2014).

The amount of GH that is released is influenced by the level of intensity, the amount of muscle tissue recruited, the rest interval between sets and whether acidosis is achieved during a workout. During moderate-to-high intensity exercise, muscle cells will use available glycogen (stored form of carbohydrate in muscle cells), either with or without oxygen, to produce the adenosine triphosphate (ATP) required to fuel muscle activation. The splitting of ATP for energy causes  a release of hydrogen ions and inorganic phosphate. During high-intensity exercise, hydrogen ions accumulate in the muscle, which results in acidosis. As Kraemer and Ratamess noted in their review of the effect of exercise on hormone concentrations, “Several investigations have given support to the association between acidosis resulting from resistance exercise, total work and the acute GH response.”

Several studies have looked at the impact of different types of exercise on GH levels and offer insight on which protocols are most effective. For example, a study conducted by Rahimi and colleagues revealed that the length of the rest interval between sets played an important role in influencing GH production during strength training. The researchers concluded that 60-second rest intervals resulted in greater GH concentrations than either 90- or 120-second rest intervals. Another study comparing strength-training protocols (which apply a mechanical overload) to bodybuilding protocols (which feature more of a metabolic response to strength training), Smilios and colleagues observed that young men completing four sets of 15 repetitions with one-minute rest intervals increased their GH levels more than when using heavier loads for fewer repetitions and longer rest intervals. And finally, a study that included women between the ages of 50 and 65 years showed that a workout program featuring both strength training and aerobic exercise produced a greater GH response when compared to a program featuring only aerobic exercise.

GH works closely with IGF-1 to help repair tissues that are damaged during exercise. These hormones have both short- and long-term responses to exercise. In the acute phase immediately post-exercise, GH and IGF-1 are produced to repair damaged tissue. Over the long-term, an increase in the receptor sites and binding proteins allows GH and IGF-1 to be used more effectively for tissue repair and muscle growth.

According to Kraemer and Ratamess, hormonal adaptations to exercise can be described in four general classifications:

There is both good news and bad news regarding the workouts that boost production of GH and IGF-1. First, the good news: It doesn’t take a large amount of exercise to increase production of these muscle-building hormones. In fact, both high-intensity interval training (HIIT) and strength-training workouts featuring shorter rest intervals and exercises that involve a number of muscles working together to the point of momentary fatigue have been shown to elevate levels of GH and IGF-1 (Haff and Triplett, 2016). However, the bad news is that performing high-intensity exercise to the point of fatigue can create discomfort and may not be suitable for deconditioned clients who are just starting an exercise program.

The Roles of GH and IGF-1

Metabolic overload occurs by exercising a muscle to the point of fatigue and depleting all available energy, which results in acidosis. This is one way to stimulate the production of GH. Mechanical overload from strength training and other load-bearing exercises can cause micro-trauma to muscle fibers, which, in turn, signals the production of the satellite cells necessary for repairing the mechanical structure of the muscle tissue. Using either a heavy or light resistance to perform repetitions to the point of fatigue imposes mechanical forces on muscle tissue and depletes the available ATP, resulting in a significant metabolic stress (Schoenfeld, 2020).

In addition to aesthetic benefits, increasing lean muscle mass also serves to increase resting metabolism, which enables a client to burn more calories even when they are not exercising. One pound (0.45 kg) of muscle can expend approximately 5 to 7 calories of energy per day to perform normal physiological functions. Adding 5 pounds (2.3 kg) of muscle as the result of strength training could raise a person’s resting metabolism by 25 to 35 calories per day. This may not seem like a significant number at first but given that walking or running 1 mile burns approximately 100 calories, an additional 5 pounds (2.3 kg) of muscle can burn about the same amount of energy as walking almost 2 miles over the course of a week.

While women do produce small amounts of testosterone, it is a male sex hormone that is produced primarily in the testes. According to available research, GH and IGF-1 play a greater role in helping women increase lean muscle mass in response to high-intensity exercise (Hoffman, 2014). In addition to supporting protein synthesis, which includes repairing the collagen proteins that are an important component of the skin, GH promotes free-fatty acid metabolism; both of those are important benefits for all clients, but especially for women who may be hesitant to perform high-intensity strength training. Therefore, informing female clients that GH produced in response to high-intensity exercise can help burn fat and make their skin appear younger could be one way to help them overcome any concerns they may have about performing this type of training.

Exercise affects every individual in different ways and no two clients will respond to an exercise program in the exact same way. Changing the body via exercise won’t happen after a few workouts; rather, it could take weeks or months for exercise to increase hormone levels to the point where they play a significant role in muscle growth. Research can provide a general idea on how a particular mode of fitness affects human physiology but the results from any workout program will vary based on the specific exercises performed, the level of intensity used, lifestyle habits such as nutrition and sleep, stress management and the levels of hormones produced in response to an exercise stimulus.