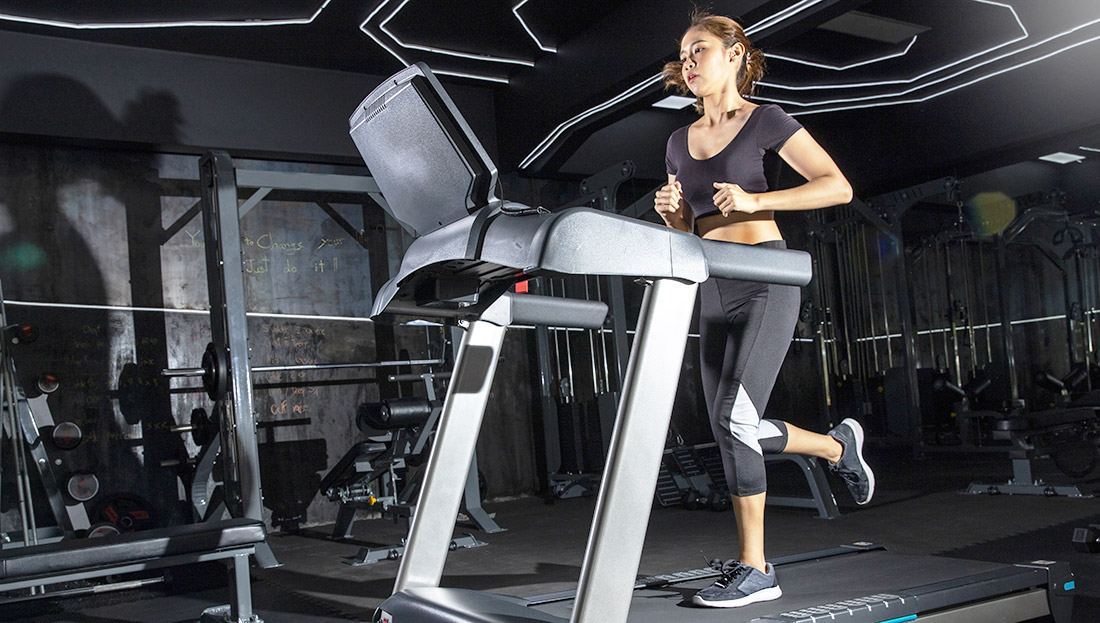 In this study, the researchers sought to quantify the acute metabolic response to reduced-exertion high-intensity interval training (REHIT) performed on the CAROL bike, as well as the excess post-exercise oxygen consumption (EPOC) following those workouts. This study compared the metabolic response and EPOC to steady-state treadmill exercise at both a moderate and vigorous intensity. While the CAROL rides, which were of a shorter duration than the treadmill workouts, burned fewer calories during the exercise bout, the EPOC was much more significant in terms of both intensity and duration. Why is this important? This study reveals one of the reasons why REHIT elicits comparable benefits to traditional moderate-intensity exercise of a longer duration: The benefits of REHIT continue to accumulate as you go about your day, which means that you’ll burn more calories and see further training adaptations over time.

Because EPOC contributes approximately 6 to 15% to a person’s overall exercise energy expenditure, it can be an important—but often overlooked—consideration when designing exercise programs for clients.

Lance Dalleck, PhD, and his team of researchers in the High Altitude Exercise Physiology Program at Western Colorado University set out to quantify EPOC following reduced-exertion high-intensity interval training (REHIT)—which is a modified, shorter-duration form of high-intensity interval training (HIIT). The research team used the CAROL bike, a stationary bike that incorporates REHIT, which shortens the traditional HIIT workout by using fewer and shorter sprints, though those sprints are performed at a supra-maximal intensity. According to the manufacturer’s website, the bike uses a form of artificial intelligence that controls the resistance and timing on the rides and adjusts the resistance to each individual’s level of both power and fatigue, helping them get progressively fitter and stronger.

ACE sponsored two previous studies exploring REHIT on the CAROL bike. The first quantified the acute and chronic responses and found that the workouts elicited more potent and time-efficient improvements in cardiorespiratory fitness and cardiometabolic health when compared to traditional moderate-intensity continuous training. The second investigated whether this form of exercise can combat the harmful effects of a sedentary lifestyle and found that REHIT elicits improvements in measures of cardiometabolic health and can be an important, time-efficient strategy to incorporate into a client’s workout regimen.

The current study sought to build on those earlier studies by quantifying both the acute metabolic responses to the CAROL bike’s “fat burn” and “intense” rides (see descriptions below) and the excess post-exercise oxygen consumption (EPOC) following these two rides.

The researchers recruited 20 participants between 25 and 76 years of age, none of whom had any evidence of cardiovascular, pulmonary and/or metabolic disease (Table 1). The participants initially completed a trial to quantify resting metabolic rate and performed graded exercise testing to determine their maximal oxygen uptake (VO2max). They then completed a total of five rides to familiarize themselves with the CAROL bike prior to the initiation of the study.

The participants then performed, in random order, four separate trials—two rides on the CAROL bike and two bouts of treadmill exercise—during which were collected to quantify the acute metabolic responses and EPOC. Energy expenditure was calculated from the gas exchange data and then quantified using the VO2 data. After each trial, the participants sat until their post-exercise VO2 had returned to their resting metabolic rate levels.

The overall energy expenditure (i.e., caloric expenditure during exercise + calories burned via EPOC) of the two CAROL rides and the two bouts of treadmill exercise are presented in Figure 1. 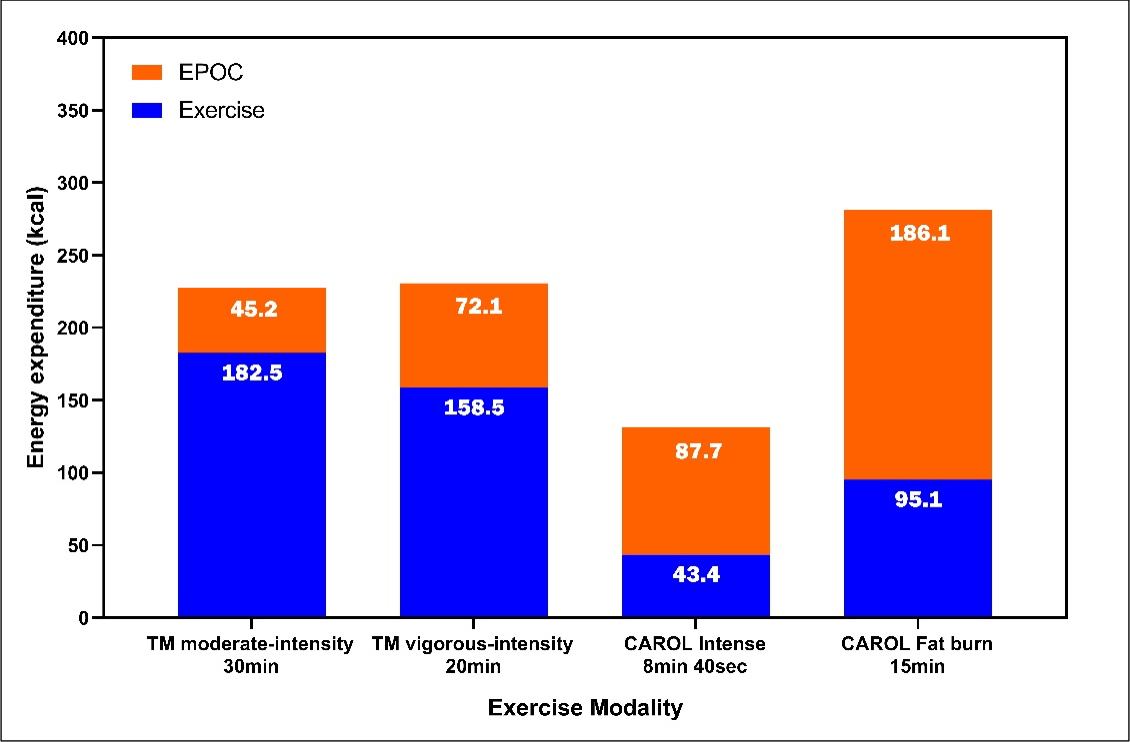 In addition to quantifying the intensity of EPOC, the researchers looked at the duration of EPOC after each of the four exercise bouts (see Table 3). They found that the duration of EPOC following the CAROL fat burn ride was statistically significantly (p<0.05) longer—actually more than twice as long—when compared to the CAROL intense ride (Figure 3). 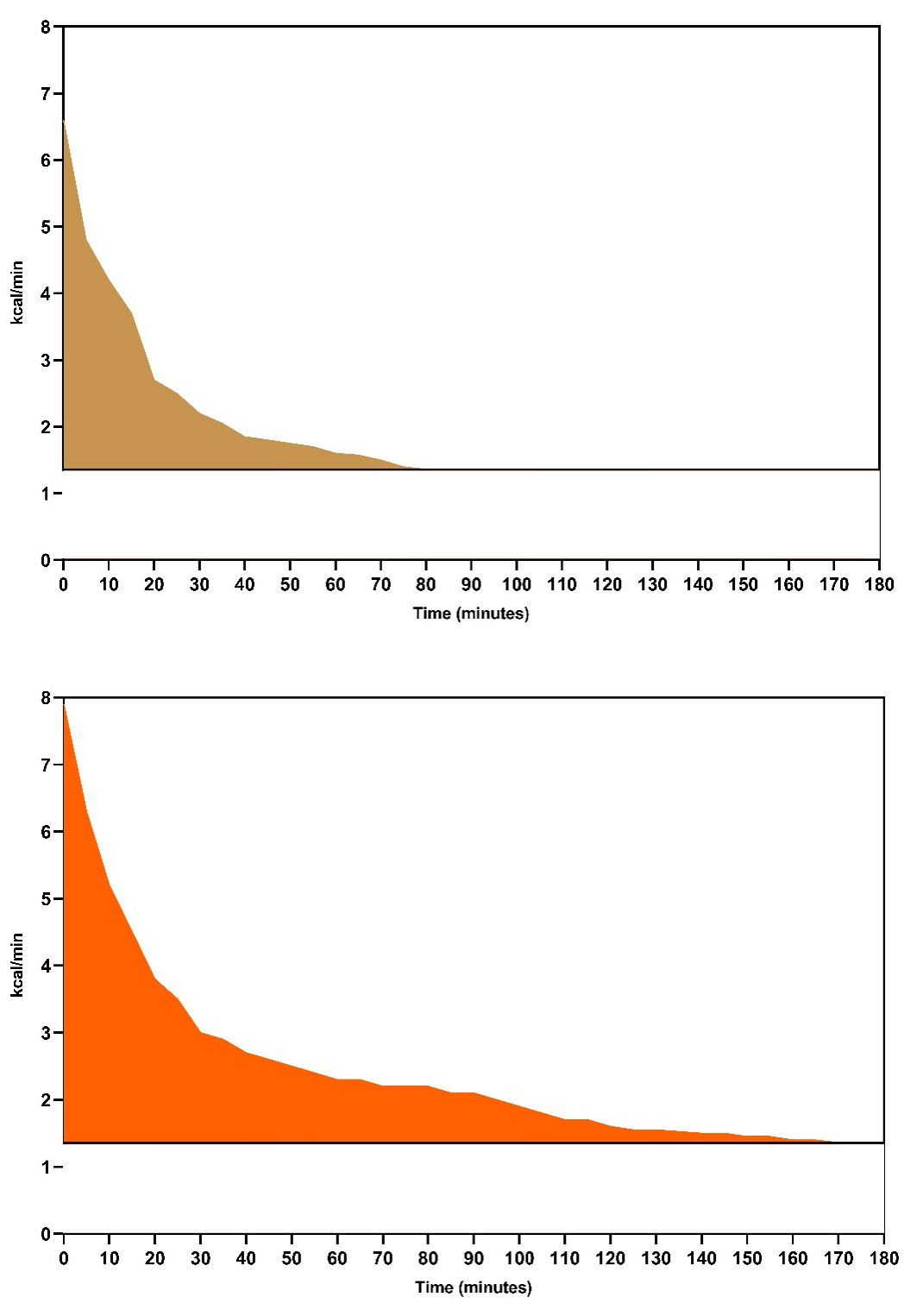 According to the research team, the most important findings of this project are twofold. First, it provides gold-standard measures of the exercise energy expenditure to be expected during both the fat burn and intense rides on the CAROL bike. And second, it provides scientific evidence to support the notion that personalized, true REHIT performed on the CAROL bike contributes to a significantly greater increased post-exercise metabolism (i.e., EPOC) when compared to more traditional moderate-intensity or vigorous-intensity exercise.

So, what is the benefit of the extended and elevated EPOC?

Exercise guidelines often talk about the benefits of exercise being tied to energy expenditure, but it’s important to understand that energy is expended both during and after a bout of exercise. This study reveals one of the mechanisms by which REHIT can elicit comparable benefits to traditional moderate-intensity exercise of a longer duration. As Dr. Dalleck explains, “The benefits of this type of training continue to accumulate as you go about your day, which will drive further training adaptations.”

Dr. Dalleck also highlights the fact that, in addition to enhancing training adaptations, “Meaningful EPOC, over the long term, can have an important impact on the overweight and obesity epidemic.” Daily occupation-related energy expenditure has decreased by approximately 140 calories over the past several decades, and this reduction in energy expenditure accounts for a significant portion of the increase in mean U.S. body weights for both women and men. Therefore, it’s vital that we find other ways to increase calorie burn to counter the negative effects of an increasingly common sedentary lifestyle. HIIT and REHIT are often talked about in terms of their performance and fitness benefits, but this research shows that ramping up EPOC over the long haul can also help people achieve weight-loss and weight-maintenance goals.