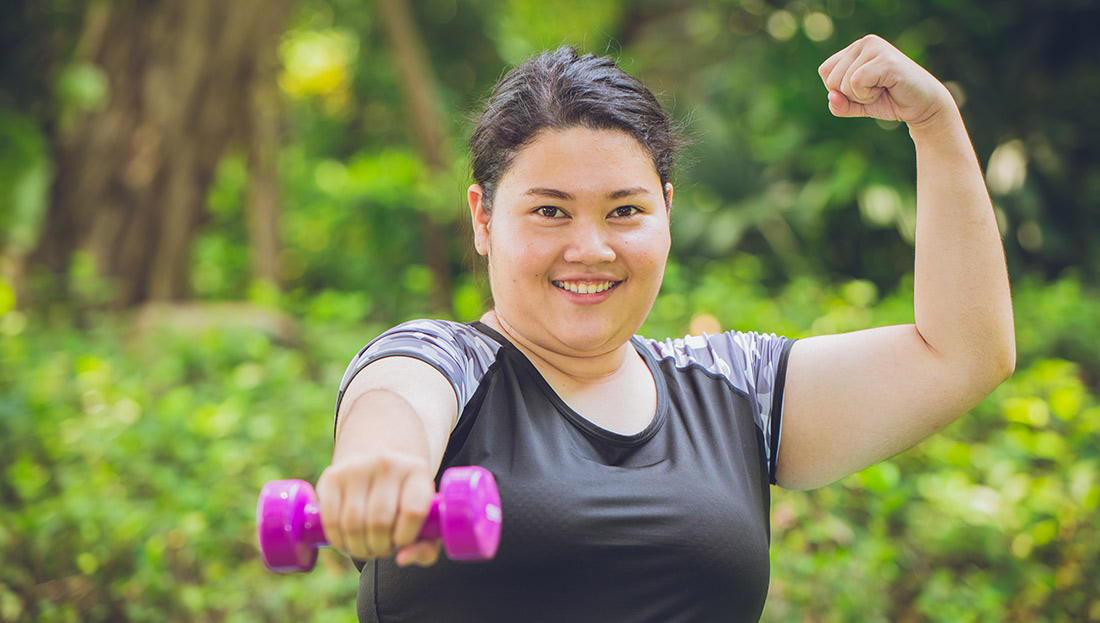 When Maria* took on her first adolescent client for health coaching, she was elated. Her client’s parents had hired her to work with Kimberly* to address some life changes she was experiencing, as well as some health habits they wanted her to change. Specifically, Kimberly’s parents wanted Maria to help Kimberly to lose weight.

“Kimberly seemed agreeable to working with me,” says Maria, “but she became resistant when we broached the topic of weight loss. It quickly became apparent to me that this was her parents’ desire for her, not necessarily hers.”

Maria admits that she could have handled the situation differently from the beginning, making sure that she was focusing on what Kimberly wanted rather than what Kimberly’s parents wanted for her. “It’s tricky, because the parents are the ones hiring you and paying you,” she explains. “But lesson learned! I make it clear to parents now that while I respect the fact they’re paying me, the coaching is for their teen and what the teen wants.”

“The biggest challenge is the easiest one to avoid,” acknowledges Cyndy Etler, MEd, certified life coach and author of award-winning books for teens. “Teens don’t do anything they don’t want to. Trying to coerce or cajole a kid into doing coaching is a road to nowhere. Some kids will dutifully show up for sessions if their parents mandate it, but they won’t dig into any self-reflection or exploration.”

As a result, Etler says she has just two “rules” in her practice. “One, I only work with kids who choose to work with me. And two, it’s the kids themselves who determine what we address and work on in coaching. Nobody else—including me—has a say in what they strive to achieve. If a coach adheres to these mandates, the process will be far more enjoyable and productive.”

Regarding healthy habits, kids tend to rebel against being told they have to exercise or eat their vegetables. For example, one study showed that parents who tried to coerce their kids into exercising increased their kids’ resistance to it. And if you’ve ever tried to force a child to eat something they don’t want to, you know how powerful their resistance can be. Regarding food, research suggests that it takes repeated, non-coercive exposure to new foods before a child will begin to accept them.

“Forcing or coercing children to take part in health behaviors they don’t want to do in the first place will likely lead to complete avoidance in the future,” explains Ashley Wentworth, MS, RD, owner of Ashley Wentworth Nutrition. “Instead of [parents or health coaches] dictating in regard to nutrition and activity, let [kids] make their own choices.”

Of course, as a health coach, you aren’t at home with the young clients you’re coaching and have no say in what foods are offered in their homes or how mealtimes are offered there. Herein lies one of the primary challenges of health coaching youth.

“Parents are the ones interacting with their kids on a daily basis,” says Karen Delano, “so I think it makes sense for a health coach to work with the parents, not the kids.”

Delano says that as a health coach works with parents to set goals, they are also modeling a great approach to use with their kids. “Then parents can be guided to help their children set goals and have conversations around that. A key thing to goal setting and making any plan to change or start new habits is getting the kids to be a part of the process. It’s a chance to empower them to make choices for their lives. And let’s be honest: Who’s plan are they going to want to follow—the parents’ or theirs?”

So, in a way, it’s really coaching the parents on how to coach the kids. Part of this involves helping the parents get more real and concise with their own perspectives on their kids’ habits.

“A health coach could coach parents on assessing where their kids are at right now,” explains Delano. “For example, a lot of parents I work with are concerned that their kids ‘never’ eat vegetables. Yet, when I ask if their child has ever eaten a vegetable, they say yes. We then work up to when the last time their child ate a vegetable and often it was that day or the day before. So, helping parents get specific rather than generalize can help bring a more accurate assessment [of where their child is right now].”

“It is essential that a coach obtain permission from a minor’s parent or guardian before coaching commences. It should also be made clear, in writing, what coaching is and isn’t. The coach should specify that they do not tell or suggest to the child what they should do in any given situation and, more importantly, the coach must strictly adhere to that approach.” –Cyndy Etler

Allowing kids to choose what they want to eat doesn’t mean there are no boundaries. When coaching parents regarding their kids’ eating habits, Wentworth follows Ellyn Satter’s “Division of Responsibility.” “It’s the parent’s responsibility to offer nutritious meals in a calm environment,” she states. “The rest is up to the child! Let kids hold onto their inner intuitive eating skills by allowing them to listen to their hunger and fullness cues and let them choose foods that satisfy them.”

And do not use food as punishment, stresses Delano. “We set up this dynamic often—unintentionally, of course—by having kids eat their veggies if they want dessert.”

Part of the answer to this question lies in offering choices and in coaching the parents to role model for their kids. “Allow kids to listen to their bodies and help them figure it out,” suggests Wentworth. “Being great role models for health behaviors, like nutrition, activity and stress management, while letting kids decide for themselves what they like and what works for them will help continue this practice into adulthood. Also, avoid ‘food fights’ around meals and negative comments about their choices or bodies.” Wentworth also recommends that parents avoid trying to shame their kids into making changes. “Only discuss [behavior change] in positive ways and let them try or do things when they’re ready,” she says.

At some point, a child will be able to be coached directly by a qualified coach. “Teenagers are driven to test and try and figure things out for themselves, as preparation for becoming an autonomous adult,” explains Etler. “Yet the average teen is surrounded by often well-intentioned adults telling them what to do, when to do it and how to do it. Parents, teachers, athletic coaches, guidance counselors, bosses, religious mentors—everyone has their own idea of what the teen should do. It’s the opposite of what a kid’s brain is driving them to do.” Conversely, explains Etler, when a teen begins working with a well-trained coach, the experience of respect and autonomy can be profound and foster a deep sense of relief, empowerment and motivation.

Hence, continues Etler, coaching dovetails perfectly with the adolescent’s psychological development and needs. “Coaching philosophy is based around one key understanding: the client is the one with the knowledge of what they want to achieve in their life and how to get there. The coach’s role is to ask the right questions to help the client find that information inside of them.”

Etler says her “biggest and best tool” to use when working with teens is to ask them what they want to be different about their lives. “Not what their mom or dad wants, not what Tik Tok says they should want, not what their school says they should want. What they want. Then it’s a question of fleshing out what that reality would look, feel and be like. This unlocks excitement, hope and motivation to create change.”

Once a teen establishes what they want, Etler helps them “figure out what tiny, doable steps it would take to lead to medium and then large shifts to get them to that ideal future. Once we remove all the other voices from the equation, kids tend to get really psyched about making positive shifts in their lives. Playing a role in the process is unbelievably fulfilling!”

One tool you can add to help a teen client get a clearer picture of what they want is visualization. Once they’ve voiced to you what they want, you can use this information to help them paint a vivid mental picture and identify the feelings this picture brings with it.

Part of the health coach approach is motivational interviewing (MI). Research supports the idea of using MI with teens for health behavior change. For example, a review of the literature based on self-determination theory showed the importance of using MI in coaching teens and the subsequent importance of structure, autonomy, support and relatedness for adolescent health behavior change.

Have you ever considered coaching parents and educating them in using a coach approach to encourage their kids toward healthier habits? What about coaching teens to live their best, healthiest lives? What a privilege to play a role in helping to set the course for someone that could last a lifetime.