Establishing Relationships With Clients in Pain 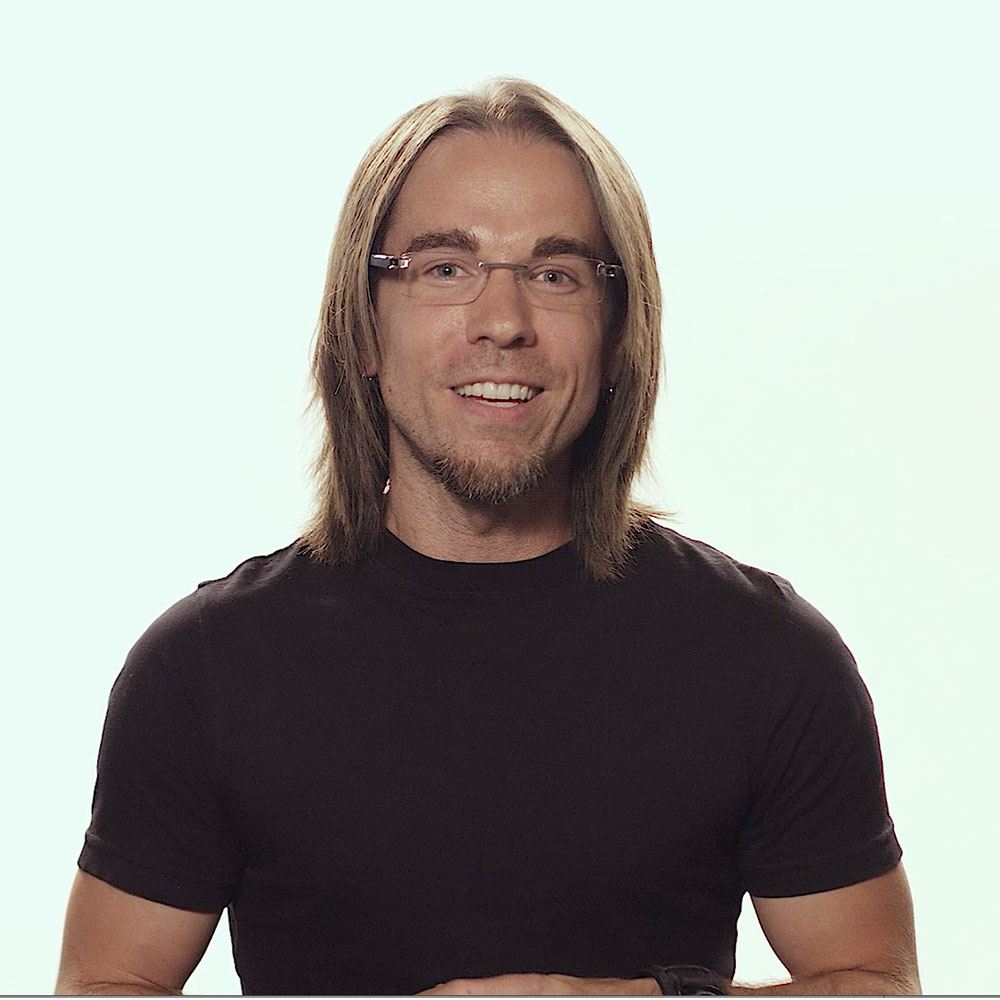 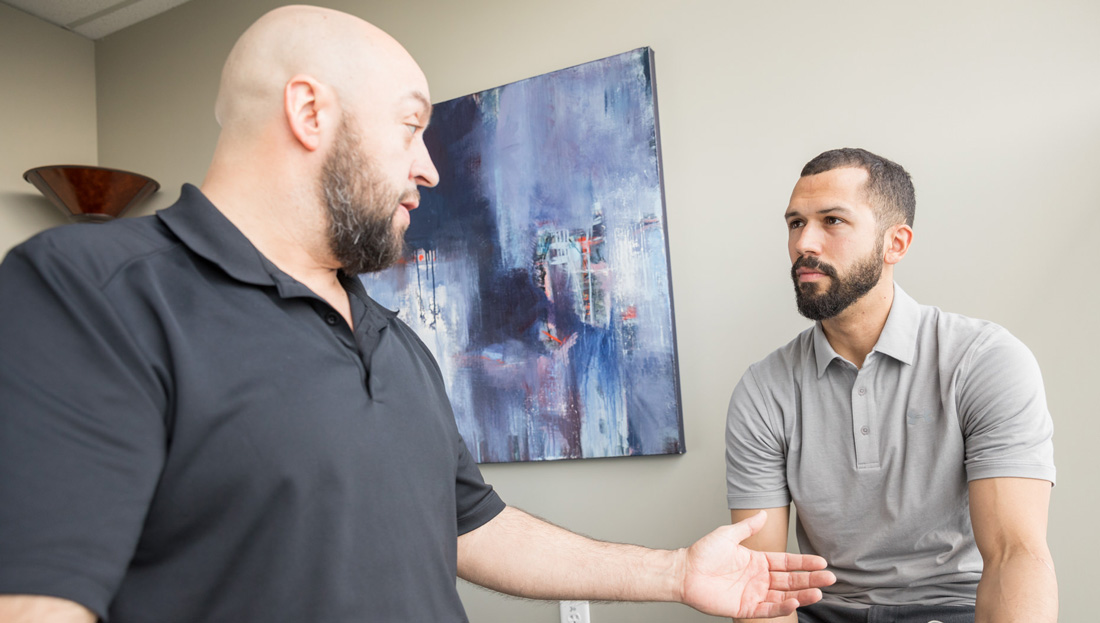 No doctor can write a prescription for creating relationships. They are hard-earned and complex undertakings, particularly with people in pain. Part of what makes pain so distressing is its lack of predictability. Experiencing pain feeds into a negative, reinforcing loop of uncertainty, upregulating cognitive stressors such as fear, apprehension and anxiety. This often runs parallel with clients’ difficulties in regulating their emotions (Hamilton, Karoly and Kitzman, 2004).

Woven into the fabric of all relationships is the principle of reciprocity. As a health and exercise professional, navigating the arena of pain and relationships requires you to become acquainted with the role the nervous system plays in analyzing risk and safety. This article examines how pain impacts the nervous system and offers practical steps you can take to create stronger relationships with, and better support for, clients who experience pain. However, it is important to realize that these principles and strategies apply to establishing better relationships with all your clients—not just those who have pain.

Neuroscientist Stephen Porges coined the term “neuroception” to describe the neural mechanisms involved with subjective perception and evaluation (van der Kolk, 2014). Specifically, neuroception helps individuals distinguish whether a situation or individual is safe and trustworthy, or dangerous and distressing.

To the individual experiencing pain, his or her unique view of the world is interpreted through a nervous system that has an altered perception of risk and safety. Everyday situations can become fearful and ambiguous, often resulting in maladaptive appraisals of people who are unknown or unfamiliar.

The Mechanisms of the Mind

Mirror Me, Mirror You

Have you ever noticed that when someone is genuinely smiling (even if you don’t know the person), you find yourself smiling back? What induces this instinctive mimicry? Why do we yawn when we see someone yawning, or wince when someone smacks his or her shin on a coffee table? The neurobiological mechanisms responsible for such nonverbal imitation is regulated by highly sophisticated visuomotor neurons referred to as mirror neurons.

This mirror neuron system (MNS) allows for two individuals, whether lifelong friends or complete strangers, to simultaneously access specific neural pathways as they attempt to decipher the meaning behind each other’s nonverbal gestures. The MNS is the gatekeeper of assurance and safety, facilitating positive neuroception, and is decisively involved in the emergence of all trustworthy relationships. As such, understanding the innate bias of the MNS toward familiarity and reciprocity becomes a crucial distinction when working with clients who are experiencing pain.

For example, when two people are in sync and rapport is mutually harmonious, the MNS is fully engaged. People adopt one another’s facial expressions, hand gestures, postures and even acute motor movements without even realizing they’re doing so (Chartrand and van Baaren, 2009). This is known as automatic imitation. Being deliberate and purposeful in the mirroring of others’ nonverbal actions (intentional imitation) can also facilitate this same mirrored neural activity between two people.

Similar neurobiological functioning ensues via verbal communication. As an illustration, when two individuals and their speech patterns converge, they adopt one another’s vocal qualities such as tone of voice, tempo of speech, even specific words and phrases. Once again, this takes place without any conscious awareness. These neural dynamics lead to mirrored neurological activity between the speaker’s brain and the listener’s brain. This is referred to as neural coupling (Stephens, Silbert and Hasson, 2010).

In fact, have you ever experienced such high degrees of rapport that you almost knew what someone was going to say before they said it? This is no fluke. Neural imagining via functional MRI technology reveals that when two people are in sync and engrossed socially, the delay between speech production and the listener’s comprehension is so small that one can often anticipate what’s going to be said next (Hasson et al., 2011).

These anticipatory responses suggest that, as two individuals become acquainted with each other’s verbal propensities, the more attuned and mirrored their neurological activity becomes. Neural coupling highlights how verbal imitation can facilitate a sense of relatedness and commonality, ultimately nurturing the perception of safety and enhancing positive neuroception.

However, when two people are out of sync with their nonverbal mannerisms and verbal speech patterns, this brain-to-brain coupling vanishes (Stephens, Silbert and Hasson, 2010). When incongruencies are present, the perception of safety slowly fades and gives rise to uncertainty. If clients in pain fail to see aspects of themselves in the health and exercise professionals with which they communicate, it becomes more likely that skepticism has the opportunity to settle in.

The role mirroring plays in social interactions is significant. In fact, visuomotor mimicry is so innately hardwired that one-month-old infants display the mirroring tendencies of smiling, sticking their tongues out and opening their mouths when observing such behavior in others (Lakin et al., 2003).

As two people learn how to navigate the social complexities of interpersonal communication, what are the neurobiological intricacies involved in learning and interpreting the intended meaning of another individual’s linguistics and gestures? The following example offers a glimpse at the MNS in action.

As a mother brings a spoon to her infant son’s mouth for the first time, is the child aware of the next sequence required in this exchange? Does the baby open his mouth wide, accommodating for the size and shape of the spoon? Probably not. Instead, a blank stare of bewilderment is undoubtedly written across the infant’s face. It’s not until the mother visually demonstrates the spoon-to-mouth action that the infant can comprehend what’s being asked of him.

In this example, we can see how the MNS makes it possible to transform passive observation into perceptual understanding and then motor execution (Ferrari, Rozzi and Fogassi, 2005).

Daily social exchanges such as handshakes, waving hello or goodbye, observing laughter or witnessing sadness all involve the MNS and neural coupling effects. The mirroring of facial expressions can even result in actually adopting the emotions and moods of others (Lakin et al., 2003). This outcome is recognized as empathy or having the capacity to understand the feelings of others and view the world through their unique perspectives.

The interplay between biological and environmental factors requires more sophistication as our social surroundings increase in complexity. This increases the significance of congruent communication and mimicry as a medium for cultivating trusting relationships, particularly with clients in pain.

So how can you, the health and exercise professional, apply these neurobiological insights with your clients in pain to enhance positive neuroception and ultimately establish meaningful relationships?

It’s essential to remember that what distinguishes the client in pain from general clientele is his or her altered perception of risk and safety. Never forget that from the moment you meet your client in pain, he or she is skeptically evaluating you and how you conduct yourself. As such, taking special care to remove as much uncertainty and unfamiliarity as possible becomes the primary focus. This process begins with the practice of adapting your own verbal and nonverbal mannerisms to match those of your clients.

For example, when communicating verbally, congruency is essential for positive neuroception. Suppose a client begins describing his story of musculoskeletal challenges with soft and gentle vocal qualities. He takes the time to articulate and pauses often. Attempting to mirror and reciprocate these vocal mannerisms follow the neurobiological prerequisites to manifest neural coupling.

Should the client also be sitting on the edge of his seat and leaning forward, following suit and mimicking this seated posture engages the visuomotor neurons of his mirror neuron system. Intentionally integrating and reciprocating these verbal and nonverbal idiosyncrasies serves to enhance the possibility of cultivating positive neuroception.

Verbal and vocal aspects could encompass specific words or phrases the client frequently uses, paralinguistic qualities such as tone of voice, rate of speech, vocal modulation and volume, or demonstrating appropriate levels of silence should the client be reserved and introspective. Knowing which aspect(s) to mirror comes down to actively listening and observing the uniqueness of each client’s communication tendencies.

As clients in pain begin experiencing coherence and familiarity in your communication conduct, any initial skepticism will be replaced by their impressions of trust and certainty. Their perception of safety and assurance increases as positive neuroception begins planting its roots. And, while the genesis of cultivating relationships varies from one individual to the next, attempting to enter each client’s world and speak his or her language helps to nurture the inception of meaningful, heartfelt and trusting relationships with your clients who are experiencing pain.

Kevin Murray has a Bachelor of Sceince in Sport Management and is the Canadian Society of Exercise Physiology’s (2012) Certified Personal Trainer of the Year. He is the founder of Movement Masterminds, Director of Education for Function First and co-developer of the Pain-Free Movement Specialist certification. Previous to his role with Movement Masterminds and Function First, Kevin was an associate teacher for Anatomy Trains and sessional instructor at Canada’s largest polytechnic, postsecondary institute in the Health Sciences department teaching biomechanics. Kevin has provided educational insights for multiple organizations, along with being a featured author in Fitness Informer magazine, the National Post, Edmonton Journal, Calgary Herald, Vancouver Sun, Ottawa Citizen, Regina Leader-Post, Saskatoon Star Phoenix, and the Montreal Gazette.