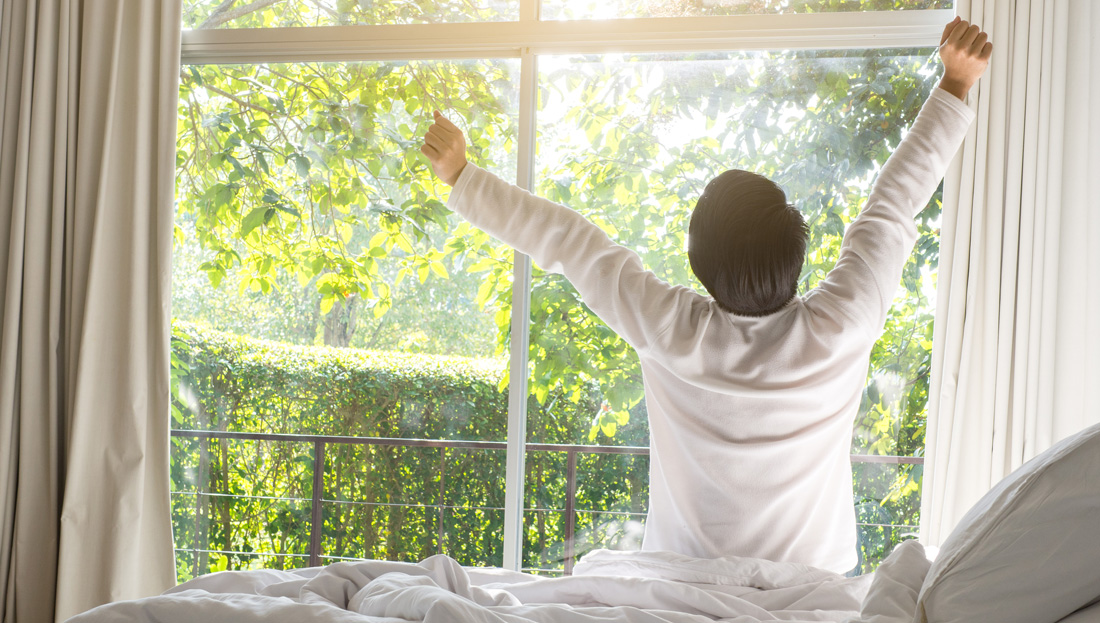 In a new study, researchers at Uppsala University in Sweden demonstrated that one night of sleep loss has a tissue-specific impact on the regulation of gene expression and metabolism in humans. This may explain how chronic sleep loss impairs metabolism and adversely affects body composition.

Epidemiological studies have shown that the risk for obesity and type 2 diabetes is elevated in those who suffer from chronic sleep loss or who carry out shift work. Other studies have shown an association between disrupted sleep and adverse body composition, in which fat accumulation is increased at the same time as muscle mass is reduced—a combination that in and of itself has been associated with numerous negative health consequences. Previous studies have shown that metabolic functions that are regulated by skeletal muscle and adipose tissue are adversely affected by disrupted sleep and circadian rhythms. However, until now it has remained unknown whether sleep loss per se can cause molecular changes at the tissue level that can confer an increased risk of adverse weight gain.

In the new study, researchers studied 15 healthy normal-weight individuals who participated in two in-lab sessions in which activity and meal patterns were highly standardized. In randomized order, the participants slept a normal night of sleep (more than eight hours) during one session and were kept awake the entire night during the other session. The morning after each nighttime intervention, small tissue samples (biopsies) were taken from the participants’ subcutaneous fat and skeletal muscle. These two tissues were selected to study because they often exhibit disrupted metabolism in conditions such as obesity and diabetes. At the same time in the morning, blood samples were also taken to enable a comparison across tissue compartments of a number of metabolites. These metabolites comprise sugar molecules, as well as different fatty and amino acids.

The tissue samples were used for multiple molecular analyses, which revealed that the sleep loss condition resulted in a tissue-specific change in deoxyribonucleic acid (DNA) methylation, one form of mechanism that regulates gene expression. DNA methylation is an epigenetic modification that is involved in regulating how the genes of each cell in the body are turned on or off, and is impacted by both hereditary and environmental factors, such as physical exercise.

“Our research group was the first to demonstrate that acute sleep loss in and of itself results in epigenetic changes in the so-called ‘clock genes’ that within each tissue regulate its circadian rhythm,” explains lead researcher Dr. Jonathan Cedernaes. “Our new findings indicate that sleep loss causes tissue-specific changes to the degree of DNA methylation in genes spread throughout the human genome. Our parallel analysis of both muscle and adipose tissue further enabled us to reveal that DNA methylation is not regulated similarly in these tissues in response to acute sleep loss.”

Dr. Cedernaes highlights the fact that they saw changes in DNA methylation only in adipose tissue, and specifically for genes that have also been shown to be altered at the DNA methylation level in metabolic conditions such as obesity and type 2 diabetes. “Epigenetic modifications are thought to be able to confer a sort of metabolic “memory” that can regulate how metabolic programs operate over longer time periods,” says Dr. Cedernaes. “We therefore think that the changes we have observed in our new study can constitute another piece of the puzzle of how chronic disruption of sleep and circadian rhythms may impact the risk of developing, for example, obesity.”

Further analyses of gene and protein expression demonstrated that wakefulness affected skeletal muscle and adipose tissue differently. A possible explanation for why the two tissues respond in the observed manner could be that overnight wakefulness periods exert a tissue-specific effect on tissues’ circadian rhythm, resulting in misalignment between these rhythms. This is something that the researchers also found preliminary support for also in this study, as well as in an earlier study that was similar, but smaller.

“In the present study, we observed molecular signatures of increased inflammation across tissues in response to sleep loss. However, we also saw specific molecular signatures that indicate that the adipose tissue is attempting to increase its capacity to store fat following sleep loss, whereas we instead observed signs indicating concomitant breakdown of skeletal muscle proteins in the skeletal muscle, in what’s also known as catabolism,” explains Dr. Cedernaes. In other words, lack of sleep increased both the body’s ability to store fat and break down muscle.

“We also noted changes in skeletal muscle levels of proteins involved handling blood glucose, and this could help explain why the participants’ glucose sensitivity was impaired following sleep loss,” continues Dr. Cedernaes. “Taken together, these observations may provide at least partial mechanistic insight as to why chronic sleep loss and shift work can increase the risk of adverse weight gain as well as the risk of type 2 diabetes.”

The researchers have only studied the effect of one night of sleep loss, and therefore do not know how other forms of sleep disruption of circadian misalignment would have affected the participants’ tissue metabolism.

“It will be interesting to investigate to what extent one or more nights of recovery sleep can normalize the metabolic changes that we observe at the tissue level as a result of sleep loss,” says Dr. Cedernaes. “Diet and exercise are factors that can also alter DNA methylation, and these factors can thus possibly be used to counteract adverse metabolic effects of sleep loss.”

When it comes to health and wellness, the importance of sleep cannot be overstated. Your clients could meet every physical activity and dietary guideline, but if they are not getting enough sleep on a regular basis, it is unlikely that they will be able to sustain their health and wellness goals. As this study demonstrates, a lack of sleep can have a negative effect on body fat, skeletal muscle and blood glucose levels.

Encourage your clients to make sleep a priority by practicing good sleep hygiene and to aim for at least seven hours of sleep per night. Offer them tips such as going to bed at the same time each night and eliminating all screen usage an hour before bedtime. And remind them that rest and recovery are essential to maintaining a healthy weight and reaping all the intended benefits of their fitness program.