Could Moderate Exercise Be the Key to Losing Weight After All? 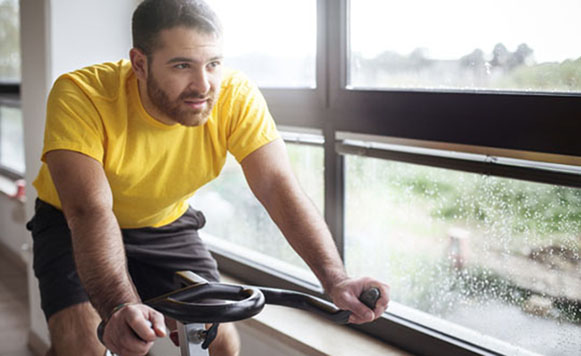 A new study from Denmark suggests that moderate-intensity exercise could be a more effective weight-loss tool than high-intensity training. But what do the country’s top exercise science experts have to say about it?

Since the dawn of the fitness era—and most likely well before—the overriding philosophy has been that the longer and harder you exercised, the more weight you would lose—and the better body you would sport (remember “No pain, no gain”?).

Last July, researchers from the University of Copenhagen, Denmark, threw a wrench in this longstanding dogma when they published the results of their study, which demonstrated that a group of deconditioned young men who exercised at a moderate intensity lost more weight than a group working at high intensity (Rosenkilde et al., 2012). Not surprisingly, major media outlets like The New York Times took the news and ran with it, suggesting that, “For Weight Loss, Less Exercise May be More.”

Not everyone within the exercise science community, however, has jumped on to this latest moderate-intensity bandwagon. Here’s what some of the country’s top experts have to say about the merits—and the deficiencies—of this latest study.

The Danish researchers recruited 61 volunteers, sedentary men in their 20s and early 30s. The research team, led by Ph.D. candidate Mads Rosenkilde, performed the usual baseline measurements, including cardiovascular fitness level, body-fat percentage, metabolic rates and overall health, and made sure that none of the subjects revealed any signs of diseases such as diabetes, high blood pressure, heart disease or obesity. Next, the volunteers were randomly assigned to one of three groups. The control group was told to remain sedentary, while group number 2 (let’s call them the “moderates”) was put on a 13-week exercise program of almost daily cardio—jogging or cycling for 30 minutes, or until each had burned 300 calories. Participants in the third group were required to work out more vigorously—an hour a day, or until they’d burned 600 calories.

The subjects’ diets were left unchanged, in terms of both quantity and quality, and all were asked to keep detailed food diaries.

After 13 weeks, the control group retained their original weight and body-fat percentage (no surprise there). However, the “moderates” lost more weight (7 pounds (15.4 kg) on average, or 83 percent more than expected), than the high-intensity group (who lost 5 pounds (11 kg), about 20 percent less than expected), given the relative intensity of the two groups’ workouts.

Since this result flies in the face of a vast body of exercise-science literature, one wonders: What happened? Could moderate-intensity workouts really be more conducive to losing weight?

The answer is, not yet. Upon closer examination, the experts, none of whom completely disparaged the study and virtually all of whom thought it interesting, nonetheless had no problem poking holes in its methodology and casting a skeptical eye on its results.

Their objections fell into several categories:

The Length of the Study

Dr. Kent Jones, professor and chair of the kinesiology department at California State University, Monterey Bay, feels that its relative brevity compromised the study. “It lasted only 13 weeks. Over time, people who work out at a high intensity tend to build more lean muscle mass, which means they’ll burn more calories at rest. If the study had lasted longer, the results may have been very different.”

Dr. Alan Utter, professor of health and exercise science at Appalachian State University in Boone, N.C., says that because the researchers’ exercise mode was endurance (and not resistance) training, “This study, as expected, found no differences in body composition, despite the relatively small amount of weight loss.” (Ideally, overweight people should shed more fat than muscle.)

Dr. Stella Volpe, professor and chair of the department of nutrition science at Drexel University in Philadelphia, was among the majority of experts interviewed for this article, saying, “I would’ve liked to have seen a longer study—six months, with a follow-up a year later.”

Number and Population of the Subjects

Jones has several objections concerning the type and number of subjects in the Danish study. “They used deconditioned people—and only 31 actually exercised. Plus, I’d expect their results would’ve been different had they started with fit subjects, because that’s where historically you see the biggest differences between training protocols.”

Exercise physiologist/nutritionist Dr. Felicia Stoler, president of the greater New York chapter of the American College of Sports Medicine and author of Living Skinny in Fat Genes, feels strongly that the study design should have been broader, both in number and type. “Eighteen [the number of ‘moderates’] isn’t enough. Show me 100. And they should’ve used women,” argues Stoler, “because the different stages of female gynecology can cause different results.”

Utter, however, disagrees. “We’d see the same amount of relative weight loss regardless of gender.” Volpe admits it is a difficult question, but feels that the next studies should look at “teens, women and older people.”

Utter’s principal concern is that the two groups may have taken in a vastly divergent number of calories. “Maybe the total activity was not different, but were the 30-minute [moderate] exercisers eating less?” Utter cites a study he conducted at Appalachian State—“in accordance with many U.S. studies”—in which 100 moderately overweight women were divided into four groups over a 12-week period: (1) a control group, which continued their normal lives; (2) a group put on a tightly controlled exercise program—45 minutes at 75 percent of maximum heart rate, five days a week; (3) a closely monitored group that had a dietary—but not exercise—intervention of 1,300 calories a day; (4) a group controlled for both diet and walking. Those in the control group lost 1.8 pounds; the walking group lost 2.2 pounds; the diet group lost 17.2 pounds; but those in the diet-plus-walking group lost 17.8 pounds (Utter et al., 1998). 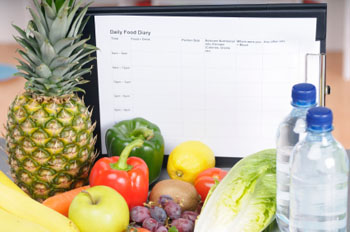 Stoler questions the accuracy of the subjects’ food journals. “I don’t know how they controlled for food. Did they tell the subjects how many calories they should have? Did they define ‘portion size’? And did they measure these factors? You don’t know how well the researchers described how to keep a food journal, so the chances of it being accurate are slim to none.”

When presented with this objection, Rosenkilde told ACE Certified News that, before and after the study, the subjects “were equipped with an electronic kitchen weight and a folder where they could write down the weight of food and drinks consumed.”

Stoler feels that another factor that may have clouded the data was the use of college students, “who have a high metabolism to begin with.”

Volpe echoes some of the aforementioned concerns and introduces another complicating factor—the reliability of self-reporting: “How often did they check the diet records? Many times a high-intensity group overcompensates by eating more, but they don’t record it in their diary or even notice that they were eating more. If they increased their intake by only 10 percent, it could skew the results.”

Jones pointed to the researchers’ own testimony. “They admitted in the study that there’s no way to fully and accurately calculate caloric intake.”

Another dynamic element could’ve been baseline differences in body weight among the groups. Volpe says, “What if the people in the high-intensity group weighed a little more or a little less to start with? That would complicate matters.”

In response to these questions, Rosenkilde offers what we can safely call a partial defense. He explains that because the food records were based on weight [that is, they noted only changes in a subject’s weight], his research team “did not encounter the usual bias associated with dietary self-reporting.”

The subjects were told “either to write down the exact item they ate, so that we could find the relevant information, or to bring the information from the food item along with their food record. We reviewed the records immediately after we received them, and if we did not understand what was given in the record we called the subject to verify.”

However, he admits, “We deliberately didn’t talk to the subjects about portion sizes and food calories, as we tried to blind them to anything regarding food intake and appetite. We wanted them to eat as usual, but not to go on a diet, so the only area in which we intervened was exercise.”

Still, the issue of how conscious people are of what they eat and its caloric measurement remains open—and very blurry.

Dr. Utter speculates that the “moderates” who lost 7 pounds (15.4 kg) may have been more active in their daily activity outside the lab, which the researchers couldn’t monitor or control. “It’s possible that because that group was only exercising for 30 minutes, they had more residual energy at home that they expended, which could’ve contributed to their weight loss.”

Volpe feels that this is a reasonable assumption. “If sedentary people start to feel better because they’ve begun light exercise, they might walk more and become more active in their daily lives. Whereas the high-intensity group might’ve thought, ‘I’ve done my hour, so I don’t have to take the stairs.’ Or the harder-working group might’ve felt sore and therefore took it more easily the rest of the day.”

In response to criticism that his team didn’t accurately measure subjects’ activity outside exercise, Rosenkilde says, “To account for the subjects’ activity level outside the lab, our team had the subjects don sophisticated motion sensors on designated days that measured how physically busy they were before and after their exercise in the lab.”

Similarly, Stoler applies this “compensation factor” to the subjects’ diet: “I think those in the 30-minute group probably ate less, or the high-intensity group consumed more calories.”

How Do You Define “High Intensity”?

Jones points to another, potentially serious error in the study: “They described ‘high-intensity’ as 70 percent of VO2 max, which isn’t that intense. The accepted definition of high-intensity fitness training is usually either working at 90 percent of your VO2max or at 70 percent—but for a much longer time than the moderate group in this study did.”

Was the Amount of Weight Loss Statistically Meaningful?

A few of our experts went as far as to question the importance of the study—even if the results proved verifiable. “The difference of 7 pounds over 13 weeks is not statistically significant,” Jones says. “It breaks down to a half-pound a week. This has very little statistical power compared to the body of past studies. Also, they didn’t specify the percentage of weight loss.”

So, What Should Trainers Tell Their Clients?

“The results were grossly overstated by the media,” Sevene says. “And exercise recommendations should never be changed by a single study.”

We put together a list of tips from our experts for trainers, irrespective of their clients’ awareness of this study: