Study: A Calorie is Just a Calorie, But When You Eat it is Important, Too 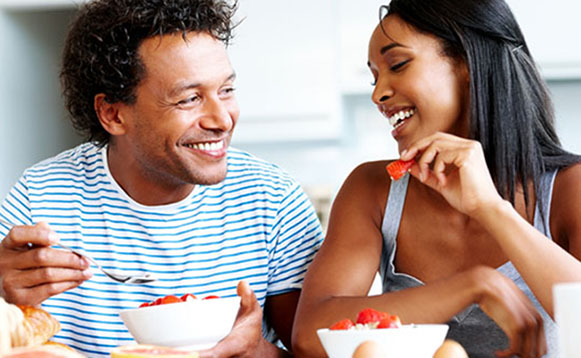 In life, they say, timing is everything. The same may be true for losing weight as well. New research suggests that, while calories are important, when you consume them may have a significant effect on how much weight you lose.

Most weight-loss plans center around a balance between caloric intake and energy expenditure. However, new research sheds light on a new factor that is necessary to shed pounds: timing. Researchers from Brigham and Women's Hospital (BWH), in collaboration with the University of Murcia and Tufts University, have found that it's not simply what you eat, but also when you eat, that may help with weight-loss regulation.

“This is the first large-scale prospective study to demonstrate that the timing of meals predicts weight-loss effectiveness,” says Frank Scheer, Ph.D., M.Sc., director of the Medical Chronobiology Program and associate neuroscientist at BWH, assistant professor of medicine at Harvard Medical School and senior author on this study. “Our results indicate that late-eaters displayed a slower weight-loss rate and lost significantly less weight than early-eaters, suggesting that the timing of large meals could be an important factor in a weight-loss program.”

To evaluate the role of food timing in weight-loss efforts, researchers recruited 420 overweight participants to follow a 20-week weight-loss treatment program in Spain. The participants were divided into two groups: early-eaters and late-eaters, according to the self-selected timing of the main meal, which in this Mediterranean population was lunch. During this meal, 40 percent of the total daily calories are consumed. Early-eaters ate lunch anytime before 3 p.m. and late-eaters, after 3 p.m. They found that late-eaters lost significantly less weight than early-eaters and displayed a much slower rate of weight-loss. Late-eaters also had a lower estimated insulin sensitivity, which is a risk factor for diabetes.

Researchers found that timing of the other (smaller) meals did not play a role in the success of weight loss. However, the late-eaters—who lost less weight—also consumed fewer calories during breakfast and were more likely to skip breakfast altogether.

In the study, which was published in the January 29, 2013, issue of International Journal of Obesity, researchers also examined other factors that often play a role in weight loss, such as total calorie intake and expenditure, levels of the appetite hormones leptin and ghrelin, and sleep duration. Among these factors, they found no differences between the late-eater and early-eater groups, suggesting that the timing of the meal was an important and independent factor in weight-loss success.

“This study emphasizes that the timing of food intake itself may play a significant role in weight regulation,” explains Marta Garaulet, Ph.D., professor of physiology at the University of Murcia Spain, and lead author of the study. She suggests that weight-loss efforts should focus on not only caloric intake, macronutrient distribution and exercise, but the timing of meals as well.

In other words, it appears the old adage to "breakfast like a king, lunch like a prince and supper like a pauper" may be good advice after all.