The Impact of Exercise on the Brain 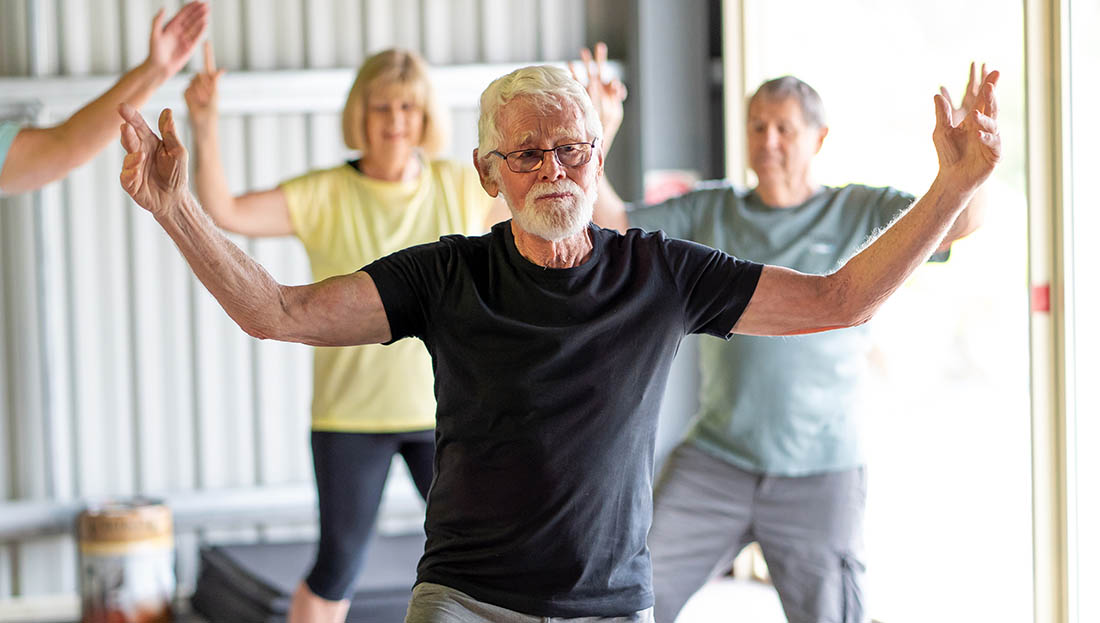 For decades, the fitness industry has been primarily focused on addressing health issues related to the body. However, conditions affecting the mind and brain, such as dementia and depression, are on a steep incline. With the world’s aging population increasing, for example, the number of older adults with dementia is estimated to rise from 47.47 in 2015 to 135.46 million in 2050. Additionally, an estimated 264 million people of all ages suffer from depression, which may have significant implications for health behaviors and brain health, including the prevalence of cognitive decline.

Fortunately, there is some good news: Physical-activity interventions have been shown to reduce the risk of cognitive decline and, according to the World Health Organization, should be considered a primary intervention for those who have been diagnosed with, or are at risk for, these conditions. In fact, it has been estimated that a 10 to 25% reduction in key risk factors could potentially prevent 1.1 to 3.0 million Alzheimer’s disease cases globally. Exercise and physical activity clearly play a significant role in this, alongside nutrition, sleep hygiene and stress management, all of which are also assumed to be critical for the prevention and slowing of cognitive decline. Figure 1 illustrates the factors that affect aging.

Generally, it has been thought that some exercise is better than none, and more exercise is better than some. The latest edition of the Physical Activity Guidelines for Americans, released in 2018, urges people to accumulate approximately 150 to 300 minutes per week of moderate-intensity cardiorespiratory activity, with additional benefits for more minutes and higher intensities. Muscular training for all major muscle groups on at least two days per week is also recommended, as well as the incorporation of neuromotor training, which includes motor, coordinative and mind-body exercise modalities.

While these general guidelines provide helpful parameters for designing exercise programs for your clients, a “precision medicine” approach, which is generally utilized in exercise programs created in collaboration with allied healthcare professionals, also considers individualized biology, biomarkers and neurology. However, whether you work as part of a team or individually with clients, a generalized approach to achieving better brain health and preventing or slowing cognitive decline should include coaching individuals to adhere to the guidelines outlined above.

The Levels of the Brain

Exercise can modify brain structures globally (e.g., global grey matter volumes) or specifically (e.g., increased volume of the hippocampus). In addition, exercise can affect the brain structurally (e.g., increasing brain volume in a specific region) and/or functionally (e.g., changing the brain activity in a specific region). Changes in brain function can occur both in the short and long term as the result of exercise interventions, and structural changes can take several weeks or months (Figure 3). Improvements in both structure and/or function of the brain may underlie improvements in cognition, mood and behavior.

Studies focused on various modalities of physical activity, as well as modifications to their variables (intensity, frequency and duration), suggest that exercise elicits both global and differential changes in regional brain structures, such as in regions of the hippocampus, prefrontal cortex, cerebellum, motor cortex and basal ganglia. The most common way of assessing structural changes in the brain is through neuroimaging, specifically volumetric magnetic resonance imaging (MRI).

A Regional Approach to Brain Health and Exercise

While there are both general and specific effects on the brain that exercise and physical-activity interventions can elicit, it is helpful to understand how different forms of exercise may impact certain regions of the brain more than others (Figure 4). This approach opens the door to more precision medicine−oriented approaches, especially when using forms of neuroimaging (such as volumetric MRIs), cognitive testing that may offer information about brain function from certain brain regions, or questionnaires that may be helpful for inferring subjective behavior and cognition.

A word of caution: It is important to recognize that there are some inherent weaknesses in trying to use specific activities to elicit specific brain changes. Likewise, it is unwise to assume that because a certain type of exercise affects one part of the brain that it doesn’t also affect other regions. Given that both the nervous systems and human movement are incredibly dynamic and complex, it is difficult to isolate regions or functions of the brain via the targeted effects of exercise and physical-activity interventions.

The frontal lobe is responsible for a wide variety of mental functions. The prefrontal cortex (PFC), which covers the front of the frontal lobe, plays a role in motor planning, voluntary movement, executive functioning, short-term (or working) memory, decision-making and more. Executive functions might be considered the “CEO” of the brain, including various mental functions (including cognitive flexibility, impulse control and working memory) that allow for goal-oriented behavior.

The frontal lobe is affected by generally increased levels of physical activity and various forms of exercise, including aerobic and resistance training (Figure 5). There seems to be a specific effect on the structure and function of the frontal lobes as the result of resistance training, and modalities that require cognitive engagement, dual-tasking and skill-learning (such as dance, sports, martial arts and mind-body exercises) may specifically affect certain aspects of the frontal lobe.

With increased levels of physical activity and higher fitness levels, the frontal lobe and its sub-regions are less likely to be as affected by the negative effects of aging when compared to sedentary populations. Incorporating cognitively demanding activities and resistance training may improve the structure and function of various aspects of the frontal lobe, which can improve certain cognitive functions such as executive functioning.

The temporal lobes (especially the hippocampus) seem to respond to increased levels of cardiorespiratory fitness and higher levels of physical activity (Figure 6). Resistance training appears to benefit certain areas of the temporal lobes, and higher-intensity exercise (such as high-intensity interval training) may facilitate differential benefits to the hippocampus.

Improvement of the temporal lobes as the result of aerobic, resistance and physical-activity interventions typically result in improved function and greater volumes of these associated brain regions. This can lead to improved memory and reduce the atrophy of the temporal lobes and hippocampus that can occur with both normal and abnormal aging, as seen in dementias.

This area of the brain is responsible for visual-spatial processing and motor control, and possesses different pathways for processing visual attention. It is associated with memory formation, face and object recognition, and visuospatial processing. Occipital lobe structure and function also can change with age, especially with changes to the visual system.

General exercise interventions may positively benefit the occipital lobe and it has been found that masters athletes have greater occipital lobe volume in comparison to older adults leading a sedentary lifestyle. Research suggests that modalities of exercise that target this area include activities that possess visuospatial and visual attention demands, such as those found in certain neuromotor activities (such as dance, sports and martial arts) (Figure 7).

Targeting the occipital lobe with these exercise interventions may lead to both structural and functional changes, including improvements in gray and white matter or improvement in visual attention, visuospatial navigation and visual memory. The function of the occipital lobe may also change, which could potentially play a role in age-related visual changes and visually evoked reaction times, and in the prevention of falls.

The parietal lobe is involved in language and processes proprioceptive and visuospatial information to create a more complete sensory picture of the world. Using this information, motoric signaling stemming from the parietal lobes allows for arm-hand-eye action and coordination. Visual, auditory and verbal information is processed in the parietal lobes, all of which can be affected by the aging process, such as that seen in Alzheimer’s disease.

Physical-activity programs, in general, have been shown to affect the parietal lobe. Mind-body exercise modalities (such as yoga and tai chi), in particular, may have specific effects on the parietal lobe, and sensory-rich activities that possess visuospatial and object-based demands may further affect this region.

Interventions affecting the parietal lobe may improve both the function and structure of this region, such as changes in white and gray matter. Functional improvements of the parietal lobe can lead to improvement in task-switching abilities and increase the effectiveness of the sensory network. Higher levels of fitness and exercise interventions may help ameliorate some of the negative changes in cognitive function that are associated with aging.

The Cerebellum and Basal Ganglia

The cerebellum plays a role in motor control, attention, language and emotion, and contributes to precision, timing, coordination and motor learning. It communicates with the basal ganglia and the prefrontal cortex via a pathway in the thalamus, lending itself to potentially significant roles in learning, attention, cognition and emotion. The basal ganglia are a deeper collection of the nuclei in the brain that play a role in motor behavior and motor learning, and are affected by aging and neurological conditions such as Parkinson’s disease.

Modalities shown to target the cerebellum and the basal ganglia include general exercise interventions; more specifically, modalities that involve motor or coordinative elements, skill or motor learning, and neuromotor activities may have a significant affect (Figure 9). Some research has compared the effects of aerobic exercise versus motor exercise on the basal ganglia and cerebellum, finding that motor exercises may specifically target these regions.

Neuromotor modalities of physical activity that include coordination and skill learning may increase cerebellar and basal ganglia volume and function, improve coordination and attention, and increase nerve cell and blood vessel volume. Improvements in these regions may also lead to improved executive control. Skill-based and neuromotor exercise may be particularly important for those affected by neurological conditions, such as Parkinson’s disease.