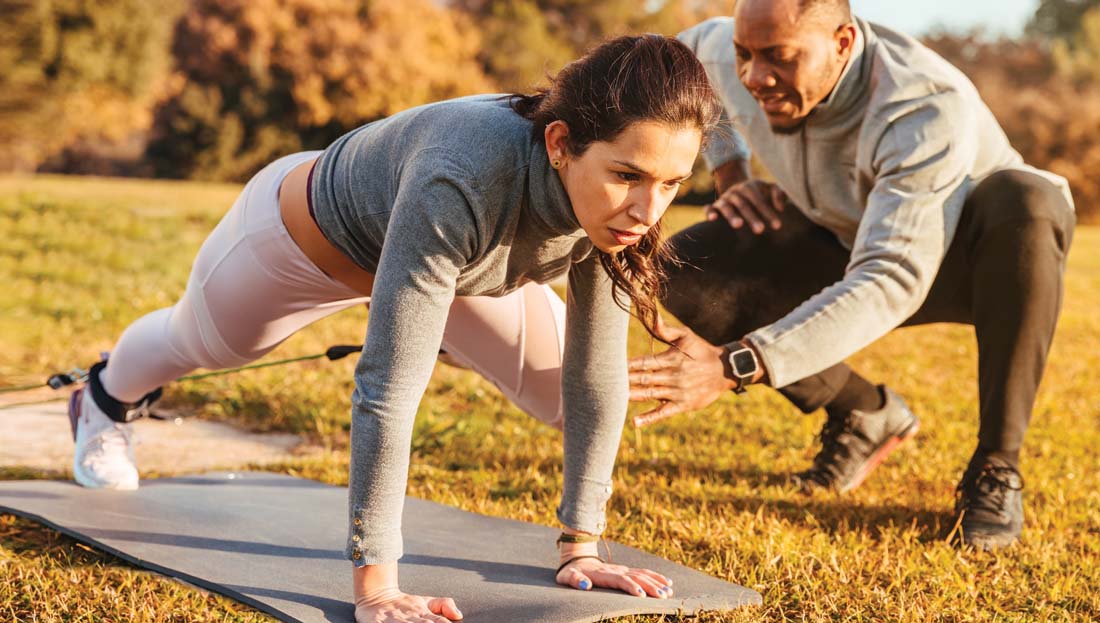 February is American Heart Month, a designation intended to remind people to focus on their cardiovascular health. Is it possible to reverse the process of heart disease? Can we make up for the sins of our youth by adopting a healthy lifestyle later in life? This article presents the most current, evidence-based strategies for the prevention of what continues to be the leading cause of death among Americans.

According to the most recent statistics from the American Heart Association, in 2018 nearly 127 million Americans ages 20 years and older were affected by cardiovascular disease (CVD), which includes coronary heart disease (CHD), heart failure, stroke and hypertension. That number represents nearly 50% of that age group. Since 1900, with the exception of 1918 and 1919 when there was a worldwide influenza pandemic, the most common cause of mortality amongst American adults has been CVD. To combat the epidemic of CVD, various preventative strategies have been developed and implemented and they fall into one of the following three categories:

It’s no secret that bad habits, such as smoking, physical inactivity and poor diet, contribute to the development of numerous CVD risk factors, including obesity, high cholesterol, hypertension and type 2 diabetes—a fact that is supported by a considerable amount of research. On the other hand, there is an equal amount of scientific evidence suggesting that adhering to a healthy lifestyle reduces the likelihood of developing these risk factors.

Here are three key pieces of evidence demonstrating the impact of developing risk factors earlier in life versus preventing risk factors altogether in terms of lifetime risk of heart disease:

The collective take-home message from these studies is that making it to middle-age without the burden of CVD risk factors is extremely important. Individuals who avoid developing CVD risk factors before they reach middle age are significantly less likely to die of CVD, which underscores the power of primordial prevention.

While ideally everyone would reach 50 without the burden of CVD risk factors, the harsh reality is most individuals in our society will arrive at that age with numerous CVD risk factors in tow, resultant of poor health choices made throughout their life. Now what? Is there any chance for redemption? Next, let’s examine some compelling evidence highlighting that it’s never too late to make up for the health indiscretions of our younger years.

Eliminate CVD risk factors with the right volume of exercise.

Despite current estimates indicating that more than 40% of American adults have obesity, a substantial portion of these individuals are essentially metabolically healthy. This subset of people who have obesity, often referred to as metabolically healthy but having obesity (MHO), are more resistant to the adverse CVD-related consequences than are those who are considered to have metabolically abnormal obesity (MAO). For example, recent findings from a large prospective study demonstrated that the risks of CVD mortality was 76% lower in those who are considered to have MHO when compared to those who are considered to have MAO. Additionally, research from our laboratory showed that a short-term, 12-week community exercise program can successfully transition individuals from having MAO to MHO by eliminating various CVD risk factors, such as high blood pressure, abnormal blood lipids and elevated blood glucose. We found that a greater volume of personalized exercise is the key to risk-factor elimination, as individuals who performed approximately five hours per week of exercise were nearly 12 times more likely to eliminate CVD risk factors and transition to having MHO than those individuals who only performed one hour per week of exercise.

A landmark study that followed more than 34,000 physicians for 50 years revealed that lifetime smokers (from adulthood onward) died an average of 10 years sooner than nonsmokers. However, this study also showed that individuals who quit smoking at the ages of 40 and 60 years improved their life expectancy by approximately nine and three years, respectively. Significantly, those who stopped smoking at the age of 30 erased nearly all risk of premature mortality related to their nicotine habit. Regrettably, smoking continues to be the leading cause of preventable disease, disability and death in the US, accounting for more than 480,000 deaths every year, or about one in five deaths. Nevertheless, these statistics do offer some encouraging news: Primary and secondary prevention, in the form of smoking-cessation programs, even when taken up later in life, leads to increased longevity.

A classic study conducted in the 1950s first brought attention to the insidious health outcomes associated with excessive sedentary behavior. London-based researcher Professor Jeremy Morris showed that the risk of heart attack was more than two times greater in bus drivers compared to bus conductors. A typical day for bus drivers consisted of long periods of sitting during their work shifts. By comparison, conductors engaged in less sitting time throughout their workday because they frequently walked up and down the stairs of double-decker buses and collected the tickets from passengers. This pioneering work proved to be prescient, as an ever-growing body of modern-day research links increased sedentary behavior with poor cardiovascular health. Recent research demonstrated that replacing just 30 minutes of sedentary time with the equivalent of light- or moderate-intensity physical activity reduces the risk of cardiovascular disease mortality by 15% and 45%, respectively.

Researchers followed heart-disease patients who made widespread lifestyle adjustments to determine how these secondary prevention strategies impacted the progression of heart disease. A total of 48 participants with moderate-to-severe CHD were divided into a usual-care group (who followed the advice of their personal physicians) and an experimental group (who consumed a 10%-fat vegetarian diet, quit smoking and participated in moderate aerobic physical activity, stress-management training and group psychosocial support). Five years later, participants were given angiograms. Individuals in the experimental group experienced a regression in their CHD relative to the control group (in which researchers observed disease progression). Additionally, there were twice as many cardiac events in the control group versus the experimental group over the five-year period.

In the early 1990s, researchers completed a milestone study aimed at determining whether the process of coronary artery disease (CAD) could be modified through a lifestyle intervention in patients with known heart disease. After one year, the investigators found an important link between the amount of weekly energy expenditure and the status of CAD in patients. Specifically, those individuals who accumulated approximately 1500 kcal per week of physical activity (which was equivalent to about three hours per week) showed no further blockage of the coronary vasculature. More excitingly, individuals who burned approximately 2200 kcal per week (which was equivalent to about six hours per week) showed a regression in their CAD. This means that at the conclusion of the study, these individuals had less plaque blocking blood flow through the coronary vessels compared to when they started the research trial. These results are compelling and encouraging, particularly for those who have been diagnosed with heart disease, because they suggest that this chronic condition can be successfully managed with secondary prevention if the client is willing to do enough exercise.

As a health and exercise professional, you recognize the tremendous upside of promoting primordial prevention of heart disease in clients whenever possible. However, given the current widespread prevalence of obesity, diabetes and heart disease, you are more likely to work with clients who require primary and secondary prevention strategies. Nevertheless, regardless of the “health sins” committed by your clients in their earlier decades, it is reassuring to know that it is never too late to seek redemption by adopting healthy lifestyle behaviors.