Study: When it Comes to Kids and Vegetables, Variety is Key 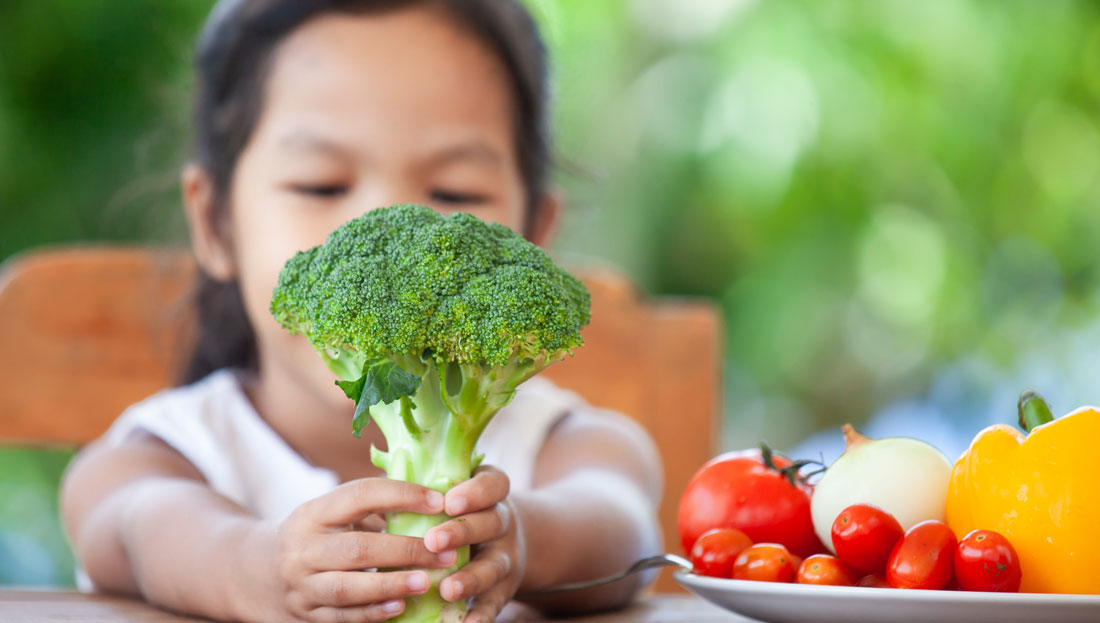 Your clients come to you for a variety of reasons, but most share a common desire to live and be healthier. That means learning how to choose nutritious foods as well as exercising regularly—and they want the same things for their families. It isn’t unusual, however, for a mom or dad who follows a largely whole-foods diet to give up trying to make his or her child make the same healthy food choices, and instead resort to foods such as chicken nuggets and string cheese.

As it turns out, they may be giving up too quickly. Although food preferences are largely learned, dislike is the main reason parents stop offering or serving their children foods like vegetables. A new study in the Journal of Nutrition Education and Behavior, demonstrates that repeatedly offering a variety of vegetables increases acceptance and consumption by children.

“In Australia, dietary guidelines for vegetable consumption by young children have increased although actual consumption is low,” says lead author Astrid A.M. Poelman, PhD, of the Commonwealth Scientific and Industrial Research Organization in North Ryde, Australia. “This study introduces an effective strategy for parents wanting to address this deficiency.”

This study recruited 32 children between the ages of four and six and their families, wherein there was a reported low consumption of vegetables by the children. Parents completed an online survey and attended an information meeting prior to participating. Three groups were created: children introduced to a single vegetable; children who received multiple vegetables; and a group where eating habits were not changed.

Study data were collected in several ways: two dinner meals served at the research facility during which children could eat as much of the broccoli, cauliflower and green beans as they wished; changes to actual vegetables consumed at home, childcare setting or school recorded through food diaries; and parents reporting on usual vegetable consumption.

Strategies of offering vegetables were parent-led and home-based. Families introducing one vegetable served broccoli and families trying multiple vegetables served broccoli, zucchini and peas. Parents were provided with a voucher to purchase the vegetables and given instructions on portion size and cooking instructions along with tips on how to offer the vegetables. Children were served a small piece of vegetable three times a week for five weeks. A sticker was given as a reward to children trying a vegetable.

There was no difference between groups at the start of the study for any of the methods measured. The dinner meal, during which the children ate without parents present, did not increase consumption perhaps due to an unfamiliar setting. Vegetable acceptance increased for both the single and multiple vegetable groups during the intervention. Families that offered multiple vegetables also recorded an increase in consumption from 0.6 to 1.2 servings, while no change in consumption was observed in families serving a single vegetable or families that did not change their eating habits. Increased acceptance for multiple vegetables was noted during the five weeks of the study and sustained at three-month follow-up. Following the study, parents reported that offering the vegetables was “very easy” or “quite easy” with the majority following the instructions provided by the study.

“While the amount of vegetables eaten increased during the study, the amount did not meet dietary guidelines,” explains Dr. Poelman. “Nonetheless, the study showed the strategy of offering a variety of vegetables was more successful in increasing consumption than offering a single vegetable.”

Let’s face it: Kids aren’t the only ones who have a hard time consuming the recommended 2 to 3 cups of vegetables per day. In fact, according to the Centers for Disease Control and Prevention (CDC), only one in 10 adults currently meet the recommendations for fruit or vegetable consumption. The CDC has identified a number of barriers to meeting those guidelines, including high cost, limited availability and perceived lack of cooking time or preparation, as well as strategies to address these barriers. However, no amount of access to free vegetables is going to make someone eat them if they don’t like the taste.

The good news is that, as previously mentioned, dislike is largely learned and, based on the results of this study, offering kids (and likely adults as well) a variety of vegetables is an effective strategy for increasing vegetable consumption. Natalie Digate Muth, MD, MPH, RD, author of Eat Your Vegetables and Other Mistakes Parents Make: Redefining How to Raise Healthy Eaters, suggests offering this reassurance to clients who are struggling to help the picky eaters in their lives make healthier choices: “Kids are born liking sweet and salty tastes and not caring so much for bitter tastes, like that of many vegetables. But we can help to ‘train the taste buds’ by repeatedly exposing kids to fruits and vegetables. Don’t worry if they reject them at first. It can take 15 to 20 tries, but eventually the taste buds change and kids will come around."

Keep encouraging your clients to continue offering their families a variety of vegetables and other whole foods. The more often they are exposed to these options, the more likely it is that they will begin to accept them over time.