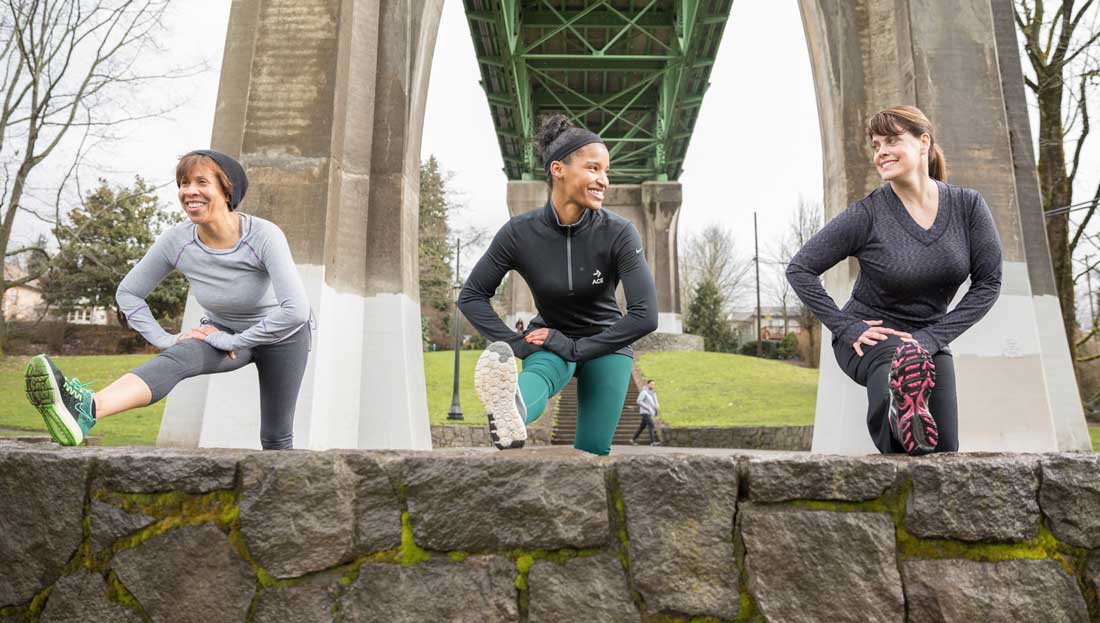 A new landmark study suggests that regular exercise of any intensity can prevent future depression—and just one hour can help. Published in the American Journal of Psychiatry, the results show even small amounts of exercise can protect against depression, with mental health benefits seen regardless of age or gender.

In the largest and most extensive study of its kind, the analysis involved 33,908 Norwegian adults who had their levels of exercise and symptoms of depression and anxiety monitored over 11 years.

The international research team found that 12% of cases of depression could have been prevented if participants undertook just one hour of physical activity each week.

“We’ve known for some time that exercise has a role to play in treating symptoms of depression, but this is the first time we have been able to quantify the preventative potential of physical activity in terms of reducing future levels of depression,” explains lead author Samuel Harvey, an associate professor at the University of New South Wales, and head of the Workplace Mental Health Research Program at the Australia-based Black Dog Institute. “These findings are exciting because they show that even relatively small amounts of exercise—from one hour per week—can deliver significant protection against depression.”

Dr. Harvey says that they haven’t yet figured out the exact reasons why exercise can have this protective effect, but believes it could be due to the combined impact of the various physical and social benefits of physical activity.

“These results highlight the great potential to integrate exercise into individual mental health plans and broader public health campaigns,” says Dr. Harvey. “If we can find ways to increase the population’s level of physical activity even by a small amount, then this is likely to bring substantial physical and mental health benefits.”

Researchers used data from the Health Study of Nord-Trøndelag County (HUNT study), which is one of the largest and most comprehensive population-based health surveys ever undertaken and was conducted between January 1984 and June 1997.

A healthy cohort of participants was asked at baseline to report the frequency of exercise they participated in and at what intensity: (1) without becoming breathless or sweating; (2) becoming breathless and sweating; or (3) exhausting themselves. At follow-up stage, participants completed a self-report questionnaire (the Hospital Anxiety and Depression Scale) to indicate any emerging anxiety or depression.

With sedentary lifestyles becoming the norm worldwide, and rates of depression growing, these results are particularly pertinent as they highlight that even small lifestyle changes can reap significant mental health benefits.

The research team also accounted for variables that might impact the association between exercise and common mental illness. These include socioeconomic and demographic factors, substance use, body mass index, new-onset physical illness and perceived social support.  Results showed that people who reported doing no exercise at all at baseline had a 44% increased chance of developing depression compared to those who were exercising one to two hours a week.

Interestingly, these benefits did not carry through to protecting against anxiety, with no association identified between level and intensity of exercise and the chances of developing the disorder.

According to the U.S. Department of Health and Human Services, fewer than 5% of adults participate in the recommended 30 minutes of physical activity each day, and only one in three achieve the recommended amount of physical activity each week. At the same time, major depression is believed to affect more than 16 million (6.7%) American adults each year.

Given how prevalent depression is, chances are high that you will encounter clients who either experience depression or are at risk for developing it. While it is outside your scope of practice to diagnose or treat any forms of mental illness, it is important that you provide your clients with the tools and information they need to live healthier lives, both physically and mentally. To that end, sharing the positive mental health benefits of exercise with your clients is essential.

“With sedentary lifestyles becoming the norm worldwide, and rates of depression growing,” says Dr. Harvey, “these results are particularly pertinent as they highlight that even small lifestyle changes can reap significant mental health benefits.”