Prophylactically Popping Ibuprofen? Here’s Why You Should Reconsider 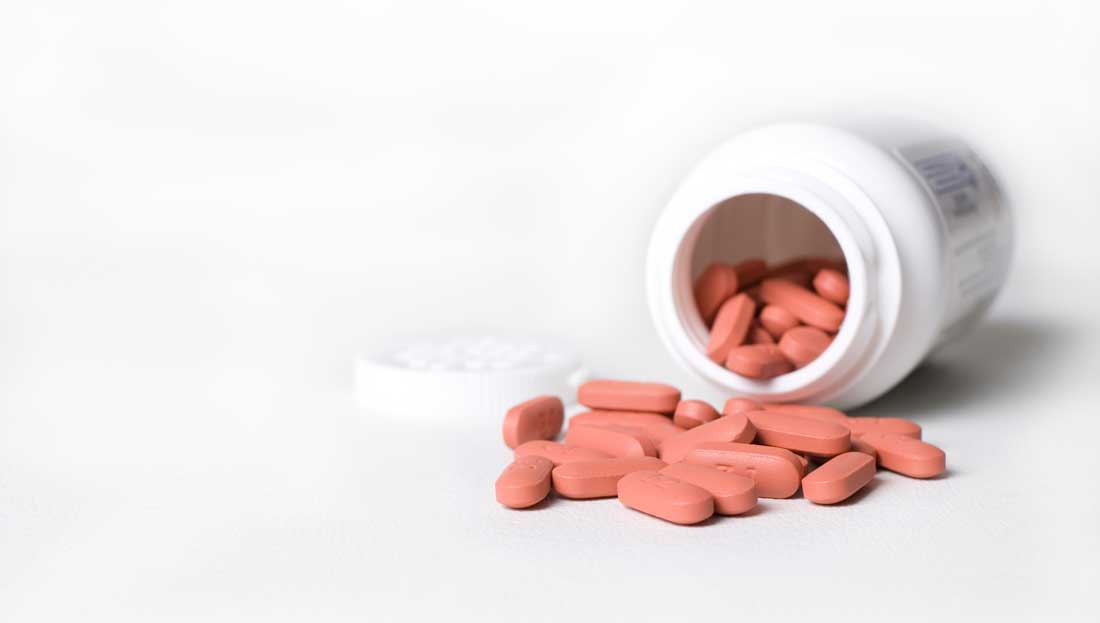 People do it all the time. I know I have. My knee is bothering me, but I've got a class to teach or a workout to get through and I don’t want the pain slowing me down, so I pop a couple of ibuprofen before I get started. Or maybe I had a more intense workout one day and the delayed onset muscle soreness (DOMS) sets in over the next day or two, so I relieve the discomfort with more ibuprofen. I’ve even suggested to my friends at times that if it’s not contraindicated for them, taking an over-the-counter pain reliever can help with the DOMS if the other suggestions—such as lots of fluids, protein, light cardio, stretching, massage, ice—don’t do the trick.

Have I been steering them all wrong?

Nonsteroidal anti-inflammatory drugs, or NSAIDs, are a class of pain relievers that also help reduce inflammation. They work in part by blocking the body’s production of prostaglandins, which are chemicals that promote inflammation, pain and fever. Prostaglandins aren’t all bad, however—they also protect the lining of the stomach and intestines from the damaging effects of acid, activate platelets to promote blood clotting, and enhance normal kidney function.

Clearly, prostaglandins do a lot of good and are, in fact, necessary for our bodies to function at optimal levels; but NSAIDs block prostaglandins from being produced, and therefore lower these protective factors in our bodies. NSAIDs also are readily available in the familiar forms of ibuprofen (Advil, Motrin), naproxen (Aleve) and aspirin (Bayer, Ecotrin), as well as in prescription form.

What You Don’t Know About NSAIDs Could Hurt You

In a study published last year in Emergency Medical Journal, Stanford researchers found that 75% of ultramarathoners use ibuprofen while training and racing.

“Running these races tends to hurt,” wrote lead study author Dr. Grant Lipman, a clinical associate professor of emergency medicine at Stanford and director of Stanford Wilderness Medicine who has served as the medical director at numerous ultramarathons around the world.

“I’ve seen firsthand how common it is for runners to take ibuprofen before, during and after these races to relieve pain and reduce joint swelling.”

While some competitive athletes joke that they take “vitamin I” (as in ibuprofen), as it turns out, the joke may be on them.

“Having worked in the medical tent at the finish line of endurance events, at least some of the harm NSAIDs cause is abundantly evident,” says Dr. Michael Carlston, editorial board member of the Journal of the International Society of Sports Nutrition and author of Better than Medicines: The Ten Essential Health Habits. “One of the most life-threatening medical problems for endurance athletes is hyponatremia, a condition which occurs when the level of sodium in your blood is abnormally low. NSAID use is an important contributor to exertional hyponatremia, which is a rare, yet potentially fatal condition."

In a literature review published in The Physician and Sports Medicine, lead author Dr. Stuart J. Warden concluded that renal blood flow and filtration rates are reduced by 40 to 50% during strenuous exercise, which leads to a reduction of free water clearance. Ingesting NSAIDs further exacerbates this reduction by inhibiting the production of certain bodily chemicals necessary for these processes, including prostaglandins.

For example, one study reported that four runners developed renal failure during the 1986 Comrades Marathon in South Africa; all four were taking some form of NSAID. Another followed runners over a nine-year period. Of the nine runners who developed renal failure over that time, seven of them were on some form of analgesic. And yet another found that 4% of 123 runners ended up with hyponatremia and that “runners using any NSAID were more likely to become hyponatremic.”

Straight From the Heart

The negative effects of NSAIDs on the body aren’t limited to the kidneys. “A recent study of the general populace showed that from the very first dose, NSAIDs harm the heart muscle, partially explaining the known connection between heart attacks and NSAID use,” says Dr. Carlston.

In fact, the U.S. Food and Drug Administration (FDA) originally put out a warning in 2005 regarding the link between non-aspirin NSAID use and an increased risk of heart attack and stroke. They reissued and strengthened that warning in 2015: “NSAIDs can increase the risk of heart attack or stroke in patients with or without heart disease or risk factors for heart disease. A large number of studies support this finding, with varying estimates of how much the risk is increased, depending on the drugs and the doses studied.” In other words, while the risk is higher in those with heart disease, the warning applies to all.

“Keep in mind that the risk of cardiovascular disease and adverse cardiac effects increases as the dose and length of use increase, so if an NSAID is chosen, it should be used at the lowest effective dose and only long enough to treat a limited, acute musculoskeletal injury," cautions Christine Clarke, R.Ph., chief pharmacist at Cottage Hospital in Woodsville, N.H.

Clarke adds that you increase the risk of myocardial infarction during exercise when you take NSAIDs. "The known cardiotoxicity of NSAIDs combined with the fluid and electrolyte loss associated with exercise, increases the likelihood of an adverse cardiac event such as a heart attack during exercise."

I’ve Got a Gut Feeling

If you’ve taken NSAIDs at any time, you’re probably aware that they should be taken with food. This is due to the fact that they inhibit the gut-protecting prostaglandins, thereby increasing one’s chance of stomach and intestinal issues.

As many as 60% of NSAID users experience some form of gastrointestinal (GI) upset, from dyspepsia and esophagitis to more severe life-threatening situations, including upper GI bleeding, perforation and gastric outlet obstruction.

Prophylactically using NSAIDs in combination with exercise has also been shown to increase intestinal permeability, allowing potentially harmful bacteria to leak into the bloodstream through the intestines. For example, a 2006 study that focused on ultramarathoners during the Western States Endurance Run (a 100-mile trail run) concluded, “Ibuprofen use compared to nonuse by athletes competing in a 160-km race did not alter muscle damage or soreness, and was related to elevated indicators of endotoxemia and inflammation.”

Do NSAIDs Actually Cause Inflammation?

After a recent rotator cuff repair surgery, I was surprised when my surgeon told me to avoid NSAIDs, especially ibuprofen and naproxen, for several weeks following surgery. In my mind, surgery causes inflammation, so NSAIDs would be the natural choice. On the contrary, as my doctor explained, NSAIDS have actually been linked to delayed healing times.

Warden echoes this notion in his 2010 review, stating that prostaglandins are a necessary component of the healing process, as they stimulate collagen production; collagen is required to restore normal tissue and mechanical properties. Prolonged NSAID use lengthens recovery time, due to inhibiting prostaglandin production. Research suggests that this is true regarding healing from acute injury to bone, muscles, ligaments and tendons.

What about preventing injury? Many athletes and exercisers take NSAIDs prophylactically to prevent muscle soreness and muscle damage and improve performance. But studies suggest that this is a waste of money—and may even be doing more damage.

As you know, exercising above a familiar threshold can cause exercise-induced muscle damage, or EIMD, which includes DOMS and a reduction of function and performance. EIMD also causes inflammation. So why wouldn’t NSAIDs be appropriate to take for EIMD?

So how do NSAIDs come into play? “NSAIDs will reduce inflammation, but they also block the initial stages of the mechanism necessary for generating proresolution hormones so that optimal tissue repair will be impossible,” adds Sears.

What are some safer, effective options to using NSAIDs? Sears recommends fish oil. “The alternative to NSAIDs,” he says, “is a high-dose fish oil. My recommended dose for elite athletes is 5 to 7.5 grams of EPA and DHA. The ideal dose is that which reduces the AA/EPA ratio in the blood to be between 1.5 and 3.”

As a certified essential oils coach, I recommend anti-inflammatory essential oils to my clients, including frankincense, myrrh and turmeric. For pain, wintergreen and peppermint essential oils are great options. [Note: It is outside your scope of practice as a health and exercise professional to recommend the use of essentials oils unless you have obtained the appropriate education and training.] With a client's healthcare provider's approval, I also suggest stretches and myofascial release techniques for the specific area of discomfort. And while research thus far is preliminary, studies are showing promise with mindfulness training for pain reduction.

If you or your clients insist on some form of NSAID or similar product, Clarke says that topical creams, ointments and patches offer safer alternatives to oral NSAID therapy.

"Their safety lies in the fact that only a small amount—approximately 10% or less—of the drug is absorbed into the body, so they provide more local, as opposed to systemic, relief," explains Clarke. Many choices are available, from the prescription Voltaren (diclofenac) Gel, to a variety of products that can be purchased without a prescription and contain ingredients such as menthol, camphor, capsaicin and, most recently, lidocaine.

Although most people perceive them to be largely benign and risk-free, NSAIDs, like any medication, carry risks with use. Educate your clients on these risks and encourage them to choose drug-free alternatives whenever possible.