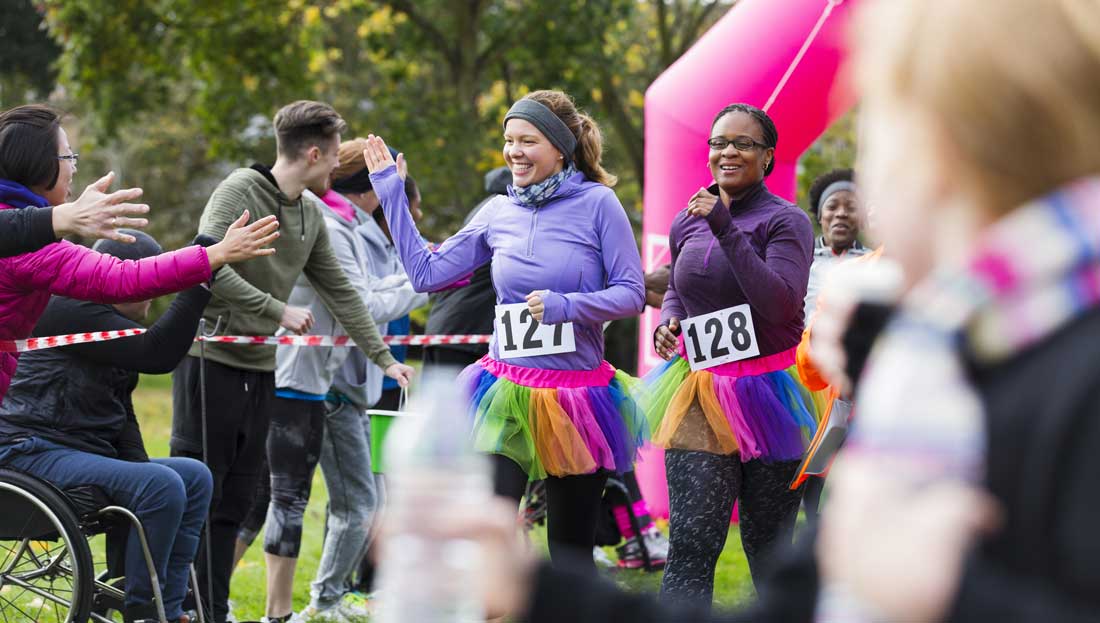 Dr. Weiyun Chen, University of Michigan associate professor in kinesiology, wanted to know if exercise increased positive mental health in the same way it reduced negative mental health. Specifically, researchers examined which aspects of physical activity were associated with happiness, and which populations were likely to benefit from the effects.

To that end, Chen and co-author Zhanjia Zhang, a doctoral student, reviewed 23 studies on happiness and physical activity. The 15 observational studies all showed a positive direct or indirect association between happiness and exercise. The eight interventional studies showed inconsistent results.

The studies included health information from thousands of adults, seniors, adolescents, children, and cancer survivors from several countries. Several themes emerged from their review, which was published online in the March 24 issue of the Journal of Happiness Studies.

The review of observational studies found that compared to inactive people, the odds ratio of being happy was 20, 29 and 52% higher for people who were insufficiently active, sufficiently active or very active, respectively. Additional analysis revealed several interesting findings for specific groups:

Three studies looked at happiness and activity in older adults. One found that exercise was associated with happier adults. Another found that the total minutes of exercise an individual performed per week was positively related to happiness. However, the findings suggest that happiness was mediated by health status and/or social functioning. In other words, individuals who were healthy and socially connected were, unsurprisingly, more likely to be happy than their less-healthy, more socially isolated counterparts, regardless of how much they exercised.

Three studies looked at special populations. Among ovarian cancer survivors, meeting the 150 minutes of moderate to vigorous physical activity was significantly associated with happiness level. In children and adolescents with cerebral palsy, physical activity predicted happiness level, and among drug abusers, the number of weekly exercise sessions, regardless of intensity, was slightly associated with happiness.

The review only looked at articles in peer-reviewed journals in English, which could lead to publication bias and overestimating the positive relationship between physical activity and happiness. Because there were limited randomized control trials, the researchers could not establish causation between happiness and physical activity.

As a health and exercise professional, a major part of your job is keeping your clients motivated and committed to working out, both with and without you. While many people possess sufficient intrinsic motivation, others need continual reminding and reassurance that their efforts will pay off. In addition to better health, lowered stress levels and reduced risk of disease, this study suggests you can add increased happiness to the list of key benefits of exercise of which your clients should be aware. Given the high incidence of depression and other mood disorders among Americans, this could be a powerful motivator for some individuals.

Happiness has become a major area of research in the past decade and, for those of us who are familiar with the power of exercise to elevate mood, these findings come as no surprise. However, for those who don’t find exercise enjoyable, finding the right type of exercise is crucial to both adherence and happiness. After all, your client isn’t going to feel happy doing an activity or exercise he or she hates, no matter how good the benefits might be. Take the time to help your clients find activities they enjoy and they will undoubtedly get fitter and happier as a result.