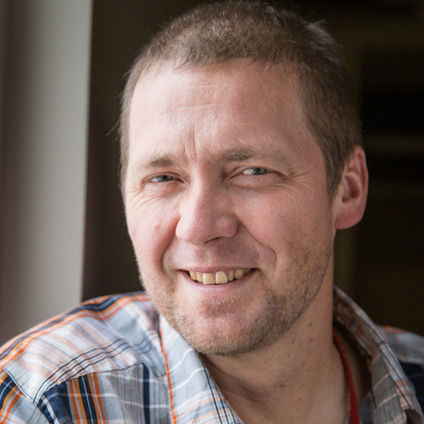 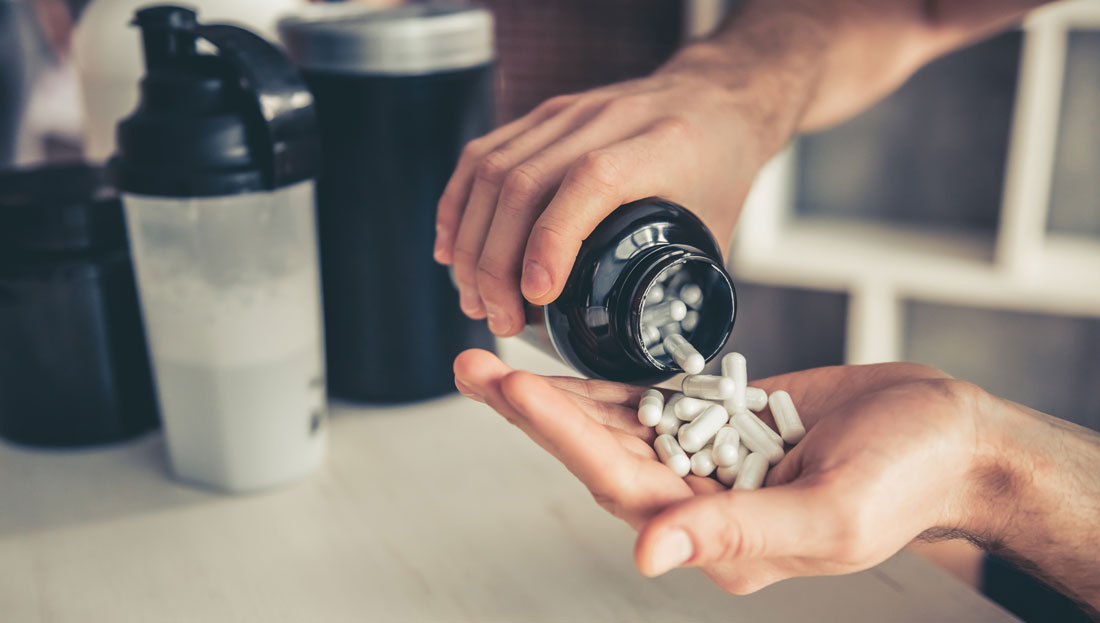 A myth can be defined as an untrue explanation for a natural phenomenon. Unfortunately, numerous myths remain pervasive and well-engrained throughout the fitness industry, in particular as it pertains to various performance and nutritional supplements. In this article, we closely examine nine common supplements and present scientific evidence for whether the use of each is based on myth or reality.

Scope of Practice and Quality of Evidence

Are Performance and Nutritional Supplements Safe?

In a comprehensive review recently published in the International Society of Sports Nutrition, the topic of exercise and sports nutrition safety was highlighted (Kerksick et al., 2018). Specifically, supplements found to have sound theoretical rationale with the majority of available research in relevant populations using appropriate dosing regimens demonstrating its safety were categorized as having Strong Evidence to Support Efficacy and Apparently Safe. In this article, performance and/or nutritional supplements were given a “reality” designation only if they could be placed into this same category.

It has been suggested that creatine monohydrate is the most effective supplement available to fitness enthusiasts for improving high-intensity exercise performance and increasing muscle mass (Kerksick et al., 2018). Indeed, there is a mountain of scientific literature demonstrating that creatine supplementation increases skeletal muscle mass during exercise training. Moreover, the long-term safety of creatine monohydrate has been well-established.

Creatine is an essential substrate for the phosphagen energy system and involved in adenosine triphosphate (ATP) regeneration during high-intensity exercise. As such, creatine supplementation has also been shown to result in an enhanced ability to match cellular ATP production and demand during high-intensity and repeated bouts of intense exercise.

It is worth noting that creatine use is allowed by the International Olympic Committee, National Collegiate Athletic Association (NCAA) and professional sports.

Creatine supplementation can increase creatine storage in skeletal muscle with a loading phase (20 to 25 grams/day for five to seven days) followed by a maintenance dose of 3 to 5 grams/day (Kerksick t al., 2018).

2. Chronic Use of Antioxidants

Caffeine is a natural stimulant found in coffee, tea and many nutritional supplements. There is robust scientific evidence demonstrating that caffeine ingestion serves as an effective ergogenic aid for both aerobic and anaerobic exercise performance. Caffeine ingested orally is quickly absorbed into the bloodstream and peaks within 30 to 60 minutes.

Overall, it has been recommended that a dosage of approximately 3 to 6 milligrams/kg of body weight ingested 30 to 60 minutes prior to exercise will increase work capacity and time to exhaustion and reduced perceived effort during endurance exercise (Naderi et al., 2016).

Carnitine is an ammonium compound produced endogenously by the liver and kidneys. It serves as a transporter of long-chain fatty acids into the mitochondria to be oxidized for energy production and thus plays a key role in the regulation of lipid metabolism. Accordingly, scientists and sport nutritionists alike have entertained the notion that supplementation could increase the bioavailability of carnitine and enhance overall capacity for lipid metabolism. This theoretical scenario could have both weight-loss and endurance-performance implications. In fact, Wall and colleagues (2011) demonstrated that 24 weeks of L-carnitine supplementation in men increased total muscle carnitine, enhanced lipid utilization (while sparing muscle glycogen) and elicited an 11% improvement in cycling work output.

In summary, there is little to no evidence to support the efficacy of carnitine as an ergogenic supplement.

This is a classic nutritional recommendation for recreational enthusiasts and athletes alike. After prolonged and exhaustive endurance-related exercise, the most important factor determining the timeframe to recovery is muscle glycogen replenishment (Ivy, 2004). It has been well established for quite some time that post-exercise carbohydrate (CHO) ingestion is critical to the synthesis of muscle glycogen.

More recently, both the precise timing of CHO ingestion and optimal CHO dosage have become better understood (Beelen et al., 2010). Post-exercise muscle glycogen replenishment occurs in two phases: a rapid rate that persists for 30 to 60 minutes after exercise cessation and a considerably reduced rate (60 to 90%) in the time period afterward. There is also evidence for a dose-response relationship between post-exercise dosage of CHO ingestion and the rate of muscle glycogen resynthesis. For example, it has been shown that consuming 1.2 grams per kilogram per hour (grams/kg/hour) of CHO increased muscle glycogen content 150% more than 0.8 grams/kg/hour of CHO (Beelen et al., 2010). However, ingestion of 1.6 grams/kg/hour of CHO provided no further increase in muscle glycogen content. Additionally, more frequent provision of this overall CHO dosage interspersed in smaller doses over a few hours is more effective at replenishing muscle glycogen compared to one or two large doses ingested less regularly.

In summary, to optimize muscle glycogen repletion after prolonged and exhaustive endurance-related exercise, it has been recommended to ingest 1.2 grams/kg/hour of CHO at 15- to 30-minute intervals immediately after exercise (Beelen et al., 2010).

Glutamine is an amino acid that is used in the biosynthesis of proteins. Common dietary sources of glutamine include beef, chicken, fish, dairy products, eggs, beans and vegetables such as carrots and spinach. It was originally suggested that glutamine supplementation may stimulate protein synthesis and thereby promote enhanced muscular performance. Indeed, research findings from Colker and colleagues (2000) assessed the effects of supplemental whey protein with or without added glutamine and branched-chain amino acids on body mass, body composition and exercise performance for a 10-week period. They observed that whey protein combined with glutamine and branched-chain amino acids, in addition to resistance exercise, elicited significant improvements in body composition and exercise performance. However, more recent research has found glutamine supplementation does not benefit muscular performance (Antonio et al., 2002; Candow et al., 2001).

In summary, there is insufficient scientific evidence to support glutamine supplementation for increases in lean body mass and/or muscular performance (Kerksick et al., 2018).

Recovery from cellular acidosis is paramount for restoring the capacity to regenerate ATP from both the phosphagen system and glycolysis. Muscle-buffering capacity can be augmented by nutritional strategies. Indeed, alkalizing agents have been studied extensively for their potential for enhancing performance by attenuating the extent to which metabolic acidosis contributes to fatigue during high-intensity exercise performance (Peart, Siegler and Vince, 2012).

One such alkalizing substance that has been found to improve recovery by increasing the muscle-buffering capacity is sodium bicarbonate. The mechanism by which sodium bicarbonate ingestion mediates an ergogenic effect is by promoting removal of protons from the skeletal muscle milieu. Given the fact that increased concentrations of proton molecules within the muscle cell are detrimental to skeletal muscle performance, it should be recognized that an increased rate of removal from the skeletal muscle environment will result in a more rapid recovery. This, in turn, will permit a better performance of subsequent high-intensity exercise bouts.

The main drawback to use of sodium bicarbonate is that some individuals experience gastrointestinal distress with its ingestion. Accordingly, it is a good idea to first purposefully experiment with the sodium bicarbonate loading protocols to maximize the alkalizing effects and minimize the risk of potential symptoms. The recommended dosage and timeframe for sodium bicarbonate ingestion is 0.2 to 0.4 grams/kg with 1 liter of fluids 60 to 120 minutes before exercising (Peart, Siegler and Vince, 2012). Sodium bicarbonate can either be ingested in capsule form or mixed in water.

Arginine is an amino acid that is used in the biosynthesis of proteins. In the body, arginine changes into the potent vasodilator nitric oxide (NO). Given that NO is known to promote vasodilation and enhance skeletal muscle blood flow, it has been suggested that arginine supplementation may increase exercise performance.

Indeed, some experimental research exists to support this line of reasoning. For example, Campbell and colleagues (2006) provided arginine (or a placebo) to 35 resistance-trained males in a double-blind study and concluded that upper-body strength and lower-body power output were significantly increased after supplementation. Despite these encouraging findings, however, most of the other published scientific studies regarding arginine supplementation have not reported a beneficial ergogenic result. Therefore, caution is warranted with regards to the use of arginine to enhance exercise performance.

The amino acid β-alanine is naturally occurring in foods such as fish and meat. β-alanine is also a precursor and rate-limiting molecule for synthesis of carnosine. Carnosine itself is found in skeletal muscle and has numerous important physiological functions, including the regulation of calcium, enzymes and pH. Therefore, β-alanine supplementation has been heavily studied given its potential mechanistic ergogenic benefits. The case for β-alanine supplementation appears to be quite clear. In a meta-analysis, Hobson and colleagues (2012) reported that β-alanine supplementation positively impacted individuals performing high-intensity exercises lasting between 60 and 240 seconds.

As a health and exercise professional, your aim should always be to provide your clients with evidence-based educational resources on the effectiveness of various performance and nutritional supplements. This will help make it possible for your clients to make informed decisions and fully understand how consuming these products will impact their health, performance and training.

Peart, D.J., Siegler, J.C. and Vince, R.V. (2012). Practical recommendations for coaches and athletes: A meta-analysis of sodium bicarbonate use for athletic performance. Journal of Strength and Conditioning Research, 26, 1975-1983

Teixeira, V.H. et al. (2009). Antioxidants do not prevent post-exercise peroxidation and may delay muscle recovery. Medicine and Science in Sports and Exercise, 41, 1752-1760.