Study: The Connection Between Diet and ADHD Symptoms in Children 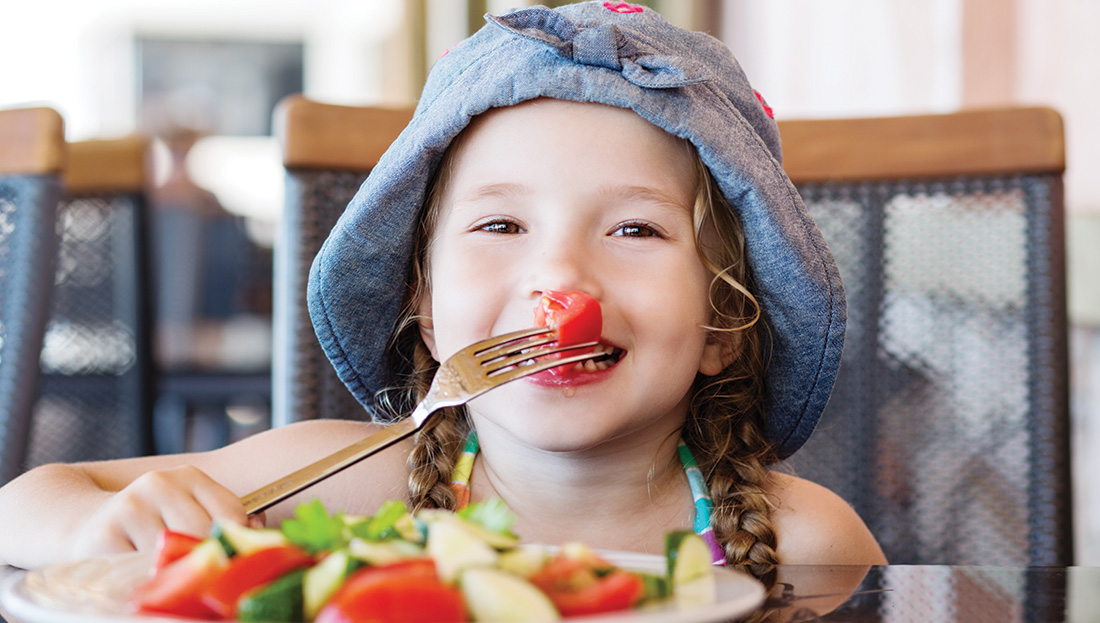 Here’s a good reason for children with attention deficit hyperactivity disorder (ADHD) to eat their fruits and vegetables: It may help reduce inattention issues, a new study published in the journal Nutritional Neuroscience suggests.

As part of a larger study, researchers asked parents of 134 kids with ADHD symptoms to complete a detailed questionnaire about the typical foods the children ate, including portion sizes, over a 90-day period.

Another questionnaire asked parents to rate symptoms of inattention, a hallmark of ADHD, in their kids, such as having trouble staying focused, not following instructions and difficulty remembering things and regulating emotions.

“Eating a healthy diet, including fruits and vegetables, may be one way to reduce some of the symptoms of ADHD,” Hatsu says.

Data for this study was collected as part of the Micronutrients for ADHD in Youth (MADDY) Study, which examined the efficacy of a 36-ingredient vitamin and mineral supplement to treat symptoms of ADHD and poor emotional control in the 134 kids aged 6 to 12.

The study that evaluated the effectiveness of the supplement showed that children who took the micronutrients were three times more likely to show significant improvement in their ADHD and emotional dysregulation symptoms than those who took a placebo. That study was published last year in the Journal of the American Academy of Child and Adolescent Psychiatry.

Another study involving the same children, published earlier this year in the journal Nutrients, showed that kids whose families had higher levels of food insecurity were more likely than others to show more severe symptoms of emotional dysregulation, such as chronic irritability, angry moods and outbursts of anger.

The three studies all paint a similar picture, Hatsu explains: A healthy diet that provides all the nutrients that children require can help reduce the symptoms of ADHD in children.

“What clinicians usually do when kids with ADHD start having more severe symptoms is increase the dose of their treatment medication, if they are on one, or put them on medication,” Hatsu says. “Our studies suggest that it is worthwhile to check the children’s access to food as well as the quality of their diet to see if it may be contributing to their symptom severity.”

Children in the MADDY study, all of whom met the criteria for ADHD, were recruited from three sites: Columbus, Ohio; Portland, Oregon; and Lethbridge, Alberta, Canada. The study took place between 2018 and 2020. Participants were either not taking medication or stopped using it two weeks before the study began.

The studies on fruit and vegetable intake and the role of food insecurity were based on data collected when the children were first enrolled in the study, before they began taking the micronutrient supplement or placebo.

Why May Diet Be So Important in ADHD?

Researchers believe that ADHD is related to low levels of some neurotransmitters in the brain, and vitamins and minerals play a key role as cofactors in helping the body make those important neurochemicals and in overall brain function. Food insecurity may play an additional role.

“Everyone tends to get irritated when they’re hungry and kids with ADHD are no exception.  If they’re not getting enough food, it could make their symptoms worse,” says Hatsu.

Also, the stress of parents who are upset about not being able to provide enough food for their children can create family tension that could lead to more symptoms for children with ADHD.

According to Hatsu, the MADDY study is one of the first to look at the relationship between ADHD symptoms and diet quality among children in the United States and Canada. This is significant because Western diets are more likely than many others, such as the Mediterranean diet, to fall short on fruit and vegetable intake.

“We believe clinicians should assess the food security status of children with ADHD before creating or changing a treatment program,” Hatsu explains. “Some symptoms might be more manageable by helping families become more food secure and able to provide a healthier diet.”

As any parent can attest, encouraging kids to eat more healthfully is no mean feat, which is why it’s not surprising that, according to the Centers for Disease Control and Prevention (CDC), most youth do not meet fruit and vegetable recommendations. Additionally, “empty calories from added sugars and solid fats contribute up to 40% of daily calories for kids ages 2 to 18.” Approximately half of these calories come from soda, fruit drinks, dairy desserts, grain desserts, pizza and whole milk.

While public efforts to improve kids’ diets often focus on obesity prevention or management, the impact of diet on mental and emotional well-being is often overlooked. Take the time to help your clients—and their kids—understand that nutrition is as much about mental and emotional health as it is about physical health. This realization, which is true for all families, whether or not ADHD is a factor, may provide the motivation they need to start making small but impactful changes.

Developing a pleasurable taste for fruits and vegetables can be a lengthy process for some kids, so offering early and often can make the process go more quickly. Parents can offer fruits and vegetables in different forms to increase exposure to the taste, while varying the texture. For example, apples can be offered whole or sliced fresh, as applesauce, or as steamed or sauteed with cinnamon. Vegetables can be served raw with hummus, steamed and served plain or with sauce, as part of a stir fry, roasted with parmesan until crispy, or cooked in soups or stews. Many kids have texture preferences and offering foods that mirror the texture they already enjoy may increase the likelihood that they will try the food being offered.

Radically overhauling one’s diet rarely results in lasting positive change—for adults or for children. Instead, help your clients identify one action or habit that could be changed. This might be something as simple as subbing out prepackaged lunch foods for a child’s favorite fruit or including small portions of hummus or ranch dressing to make carrots or broccoli florets more appealing. Learning to recognize the positive effects of eating more fruits and vegetables—having greater control over one’s emotions or having an easier time focusing on school work—can also be helpful when trying to make better choices.

Guiding children to eat healthier can be a challenge, but there’s no question that it is worth the effort. Habits formed in youth often solidify and continue into adulthood, so teaching all kids to view food as a powerful tool that can influence everything from their energy level to their mental and emotional well-being can have an impact that lasts a lifetime.