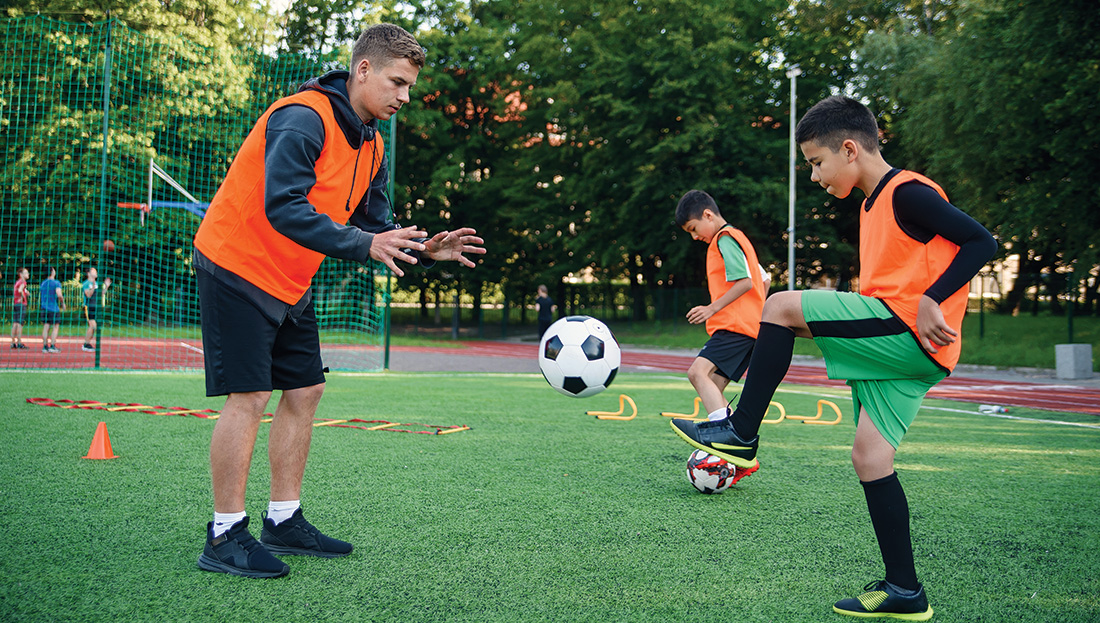 Young athletes who participate in multidirectional sports rather than specialize in unidirectional sports like running can build stronger weight-bearing bones that may be at less risk for bone injuries when they become adults, according to a new study from Indiana University researchers.

Published in the American College of Sports Medicine’s Medicine & Science in Sports & Exercise, the study examined Division I and II female cross-country runners, who often experience bone stress injuries such as stress fractures. The researchers found that athletes who ran and participated in sports that require movement in many directions, such as basketball or soccer, when they were younger had better bone structure and strength than those who solely ran, swam or cycled.

As a result, the study’s findings support recommendations that athletes delay specialization in running and other unidirectional sports and instead play multidirectional sports when they are younger to help build a more robust skeleton and potentially prevent bone stress injuries as they get older.

“Our data shows that playing multidirectional sports when younger versus specializing in one sport, such as running, decreased a person’s bone injury risk by developing a bigger, stronger skeleton,” explains Stuart Warden, associate dean for research and Chancellor’s Professor in the IU School of Health and Human Sciences at IUPUI. “There is a common misperception that kids need to specialize in a single sport to succeed at higher levels. However, recent data indicate that athletes who specialize at a young age are at a greater risk of an overuse injury and are less likely to progress to higher levels of competition.”

Historically, Warden says, researchers have examined an individual’s bone’s mass to determine how healthy their skeleton will be throughout their life. But in previous studies, Warden and his colleagues found that as a person ages, mass and size are equally important.

Thirty-two nonpregnant women ages 18 years or older participated in the study—14 ran exclusively and 18 ran and had a history of training and/or competing in either soccer or basketball two or more times per week for at least six months per year for five or more years beginning before age 10. All the women were current members of a Division I or II cross-country team within the National Collegiate Athletic Association. Researchers used high-resolution imaging to assess the shin bone near the ankle and bones in the feet where bone stress injuries frequently occur in runners. They found that the athletes who participated in both running and multidirectional sports when younger had 10 to 20% greater bone strength than athletes who solely ran.

“Our research shows that the runners who played multidirectional sports when younger had stronger bones as collegiate athletes, which puts them at less risk for bone stress injuries including stress fractures,” Warden says. “We want to ensure people have better, stronger bones as they grow, become adolescents and go through life. Specializing in one sport at too young of an age means they are more likely to get injured and not make it at the collegiate and professional levels.”

Warden urges anyone who oversees a junior athlete or team—whether they are parents, coaches or trainers—to think twice about pushing them to specialize in one area too early. To allow for proper growth and development to occur, he recommends young athletes not specialize until at least their freshman year of high school. For athletes who already play multidirectional sports, he said it is important that they take time off for rest and recovery during the year, which can improve both bone strength and performance.

The current landscape of youth sports leads many parents to feel as though their kids must specialize early—as young as age 7 or 8 years—to establish themselves and secure spots on high level teams, and many sports are no longer seasonal, which means kids are playing all year round without a break. As a health and exercise professional, your clients look to you for guidance and information about how to make the best decisions for their own bodies and for their families. Empower youth athletes and their parents by educating them on the numerous benefits of playing more than one sport, particularly for avoiding injury, and help them make the best decisions for their future success.