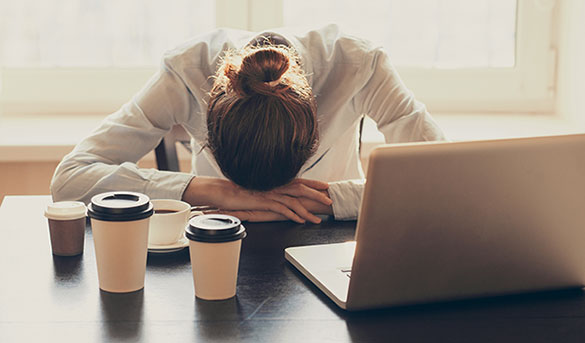 Migraines are a debilitating reality for many people. Not only can migraines make life miserable, but they can also make it incredibly difficult for clients to stick to their exercise programs. While preventing migraines in the first place is ideal, learning what triggers these headaches is anything but simple. Many people point to specific foods or beverages as triggers, but the role of diet in the management of migraines is a highly controversial topic. Fortunately, a large-scale review of studies focusing on the links between migraine and diet has enabled researchers to offer practical and proactive steps to prevent migraines, which you can pass along to your migraine-suffering clients.

There are two different approaches to preventing headaches with diet. The first approach is to follow an elimination diet that avoids foods and beverages known to trigger headaches. The second approach is to follow a comprehensive diet designed to prevent headaches, explains Vincent Martin, M.D., co-director of the Headache and Facial Pain Center at UC Gardner Neuroscience Institute and an expert in the area of migraine. His conclusions are the result of an exhaustive literature review of more than 180 research studies on the subject of migraine and diet.

Martin’s two-part review, Diet and Headache, is available online in the scholarly publication Headache: The Journal of Head and Face Pain. It is co-authored by Brinder Vij, M.D., associate professor in the UC Department of Neurology and Rehabilitation Medicine.

Here is Martin’s short list of the most common dietary triggers for migraine: quitting caffeine, consuming processed foods high in nitrites or monosodium glutamate (MSG) and enjoying too much alcohol. Here’s a breakdown of how each one can affect migraines:

“One of the most important triggers for headache is the withdrawal of caffeine,” says Martin, who also sees patients at UC Health. “Let’s say you regularly pound down three or four cups of coffee every morning and you decide to skip your morning routine one day, you will likely have full-fledged caffeine withdrawal headache that day.”

That said, too much coffee may also present a risk. How much is too much? Most people who have migraines should probably consume no more than 400 milligrams daily (one cup of coffee contains about 125 milligrams), says Martin. “Large amounts of caffeine can bring on anxiety and depressive symptoms as well as headaches,” he explains.

Another trigger for migraine is MSG, which is a flavor enhancer used in a variety of processed foods, including frozen or canned foods, soups, international foods, snack foods, salad dressing, seasoning salts, ketchup, barbecue sauce and heavily in Chinese cooking, says Martin.

“You eliminate it by eating fewer processed foods,” explains Martin. “You eat more natural things such as fresh vegetables, fresh fruits and fresh meats. MSG is most provocative when consumed in liquids such as soups.”

Nitrites are preservatives used in processed meats such as bacon, sausage, ham and lunch meat to preserve color and flavor. Martin says a diary study found that 5 percent of individuals with migraine were statistically more likely to have an attack on days when they consumed nitrites. Use of nitrites in foods has declined with stronger government regulation, though checking labels remains a good idea, he explains.

Looking for more quality, research-based nutrition information to share with your clients? Check out these great resources from the American Council on Exercise (which also include opportunities to earn continuing education credits): 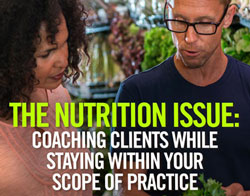 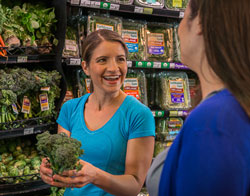 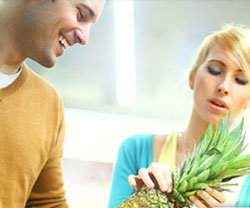 Alcohol is one of the most commonly reported dietary trigger factors for migraine and studies suggest vodka and red wines, especially those with the highest histamine content, are problematic, says Martin.

There is a lot of interest in gluten-free diets, but they are only helpful in lessening headaches if the individuals suffer from celiac disease, which can be established by a positive blood test or intestinal biopsy, he adds.

Vij, who is also associate director of the Headache and Facial Pain Center at the UC Gardner Neuroscience Institute, says low-fat diets restrict the amount of fat in the diet to less than 20 percent of your daily energy requirements.

"The beauty of these diets is that they not only reduce headaches, but may also produce weight loss and prevent heart disease,” says Vij, a UC Health physician.

Low-carbohydrate diets such as ketogenic diets can reduce headache frequency, but it’s not something to consider without strict physician supervision, urges Vij. The diet limits carbohydrates even more than the well-known Atkins diet.

One of the most promising diets for those with more frequent attacks of migraine is one that boosts your omega-3 fats while lessoning your omega-6 levels. This involves tossing out polyunsaturated vegetable oils (corn, sunflower, safflower, canola and soy) in favor of flaxseed oil, says Martin. Foods to consume include flaxseed, salmon, halibut, cod and scallops, while those to avoid would include peanuts and cashews.

Although it is outside your scope of practice as a health and fitness professional to recommend specific dietary plans to your clients, you can suggest that they consider eliminating these common triggers, which may also have a positive effect on their overall health and well being, in addition to offering some relief from migraines.