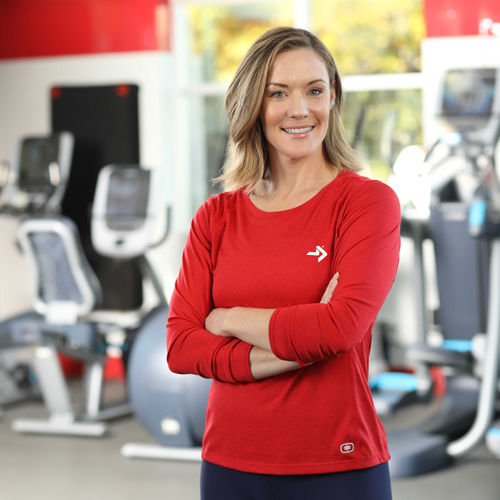 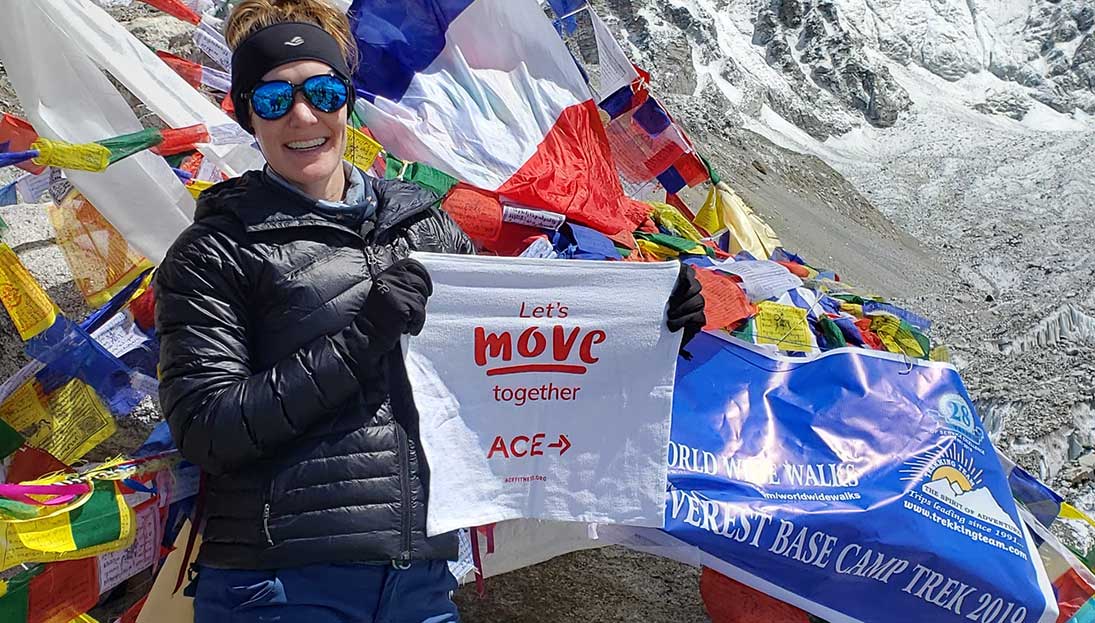 Editor’s Note: Earlier this year, Jacque Crockford, ACE’s exercise physiology content manager, traveled to the Khumbu region of Nepal and trekked to Everest Base Camp for her second high-altitude adventure. She documented her first experience with high altitude and discussed some of the common effects in this earlier CERTIFIED article. Here, she focuses on the metabolic demands at high altitude, specifically caloric expenditure.

High altitude results in several metabolic changes in the body including increases in heart rate and ventilation. These shifts are to accommodate for the reduced amount of oxygen coming into the body. At high altitude, oxygen transport from the atmosphere into the lungs and then into the blood is compromised due to lower barometric pressure. As heart rate and breathing rate increase, so too must caloric expenditure, right? As an exercise physiologist, I know this to be true during a workout, but I was curious if these and other aspects of being at high altitude affected overall calorie expenditure.

Determining why this happened required a bit of math. First, it’s important to understand resting metabolic rate (RMR). This is the rate at which energy is used by the body at rest. It can be determined by using the Mifflin-St. Joer equation. I used my pre-trip weight and post-trip age, as I turned 35 in the middle of the trek. (Note: The equation used here is for women; a different equation is used for men.)

According to the Mifflin-St.Joer equation, my resting metabolic rate is approximately 1,281 calories.

Next, I combined my RMR with the calories I burned from the physical activity of the trek to calculate my total daily energy expenditure. We hiked more than 80 miles in about 14 days, with my Garmin watch tracking every step. I averaged more than 15,000 steps—roughly 7.5 miles—per day. I carried a 10- to 15-pound backpack, which also upped my caloric expenditure. Thus, an activity factor of 1.725 can be applied to my RMR to estimate the number of calories I expended during the 14-day trek.

Given that I was consuming plenty of calorically dense foods such as Sherpa stew, Himalayan pizza, fried rice and more potatoes than I care to remember, an additional effect must account for the nearly half-pound-per-day weight loss that I experienced. To help me understand what was happening in my body, I turned to Lance Dalleck, PhD, professor of exercise and sport science at Western Colorado University. Dr. Dalleck’s lab spends a significant amount of time concentrating on the effects of exercise at high altitude, so I knew he could help explain why I lost weight on my trek despite consuming a diet full of simple carbohydrates and not making any attempt to lose weight. (In fact, we were urged to finish each meal so as to remain in the good graces of the trekking gods—Himalayan Sherpa talk for “clean your plate.”)

Here are some highlights of our conversation:

Jacque: Is there a rate at which calorie expenditure increases with an increase in altitude?

Lance: Yes, resting metabolic rate increases in a dose-response manner with altitude ranging from ~5% at 10,000 feet to ~25% at 15,000 feet.  These numbers do not include the contribution from heightened levels of physical activity/exercise at altitude. If we factor in the physical activity/exercise component, at the elevation ranges described above, there could be up to a three- to sixfold increase in daily caloric expenditure, respectively.

Jacque: What other physiological responses contribute to calorie expenditure at high altitude, especially for someone who is not acclimated?

Lance: Various physiological responses to hypoxia elicit an increase in oxygen consumption and therefore contribute to greater caloric expenditure. Most notably, heart rate and ventilation are increased at both rest and submaximal physical-activity levels. Additionally, generally speaking, higher elevations are associated with colder temperatures. There are intriguing data that cold exposure upregulates metabolism. Moreover, increased thermoregulatory efforts are needed with cold exposure to maintain homeostasis in terms of core temperature, which will also contribute to increased caloric expenditure at high altitudes.

Take-away: With temperatures dipping below 0º F (-18º C) at night and in the 20º to 30º F (-7º to -1º C) range while climbing, the trek to Mt. Everest Base Camp was among the coldest conditions to which I’ve been exposed. As someone who tends not to do well in cold climates, there were times that constant shivering and countless layers of clothing were necessary to help me maintain my body temperature. There were, of course, other portions of the trip that were warmer, with temps in the mid-60sº F (~16º C) and higher, but somehow those aren’t as memorable.

Me: What other factors might contribute to weight loss at high altitude (other than physical activity)?

Lance: Satiety hormones also contribute to weight loss at higher elevations. For example, it has been shown that levels of leptin (the satiety hormone) increase with altitude exposure. In contrast, the levels of ghrelin (the hunger hormone) have been demonstrated to remain unchanged. Interestingly, there are some research findings that show these changes continue when individuals return to sea level, although how long these changes persist remains unclear.

Take-away: As I mentioned, the food on this trip was not lacking; however, one can only eat so much fried rice and potatoes before they no longer seem appetizing. I never felt hungry on the trek, but the food was prepared simply, without rich sauces and with much less processing than what is typically found in the United States. I continued to lose weight after returning home, which could be an indication that I experienced the lasting effect of altitude to which Dr. Dalleck refers. It’s also worth noting that, upon my return home, I largely consumed only fruits and vegetables because these were lacking on the trek and I was craving colorful, nutrient-dense foods.

Of course, hiking Everest Base Camp is hardly a recommended way to lose weight. In fact, I’ve been focusing on gaining back the muscle that I lost on the trip. However, if you or your clients are interested in taking on the trek of a lifetime, or if you live in a part of the country where hiking at higher altitudes is an accessible activity, it’s important to understand the wide range of effects it may have on the body.