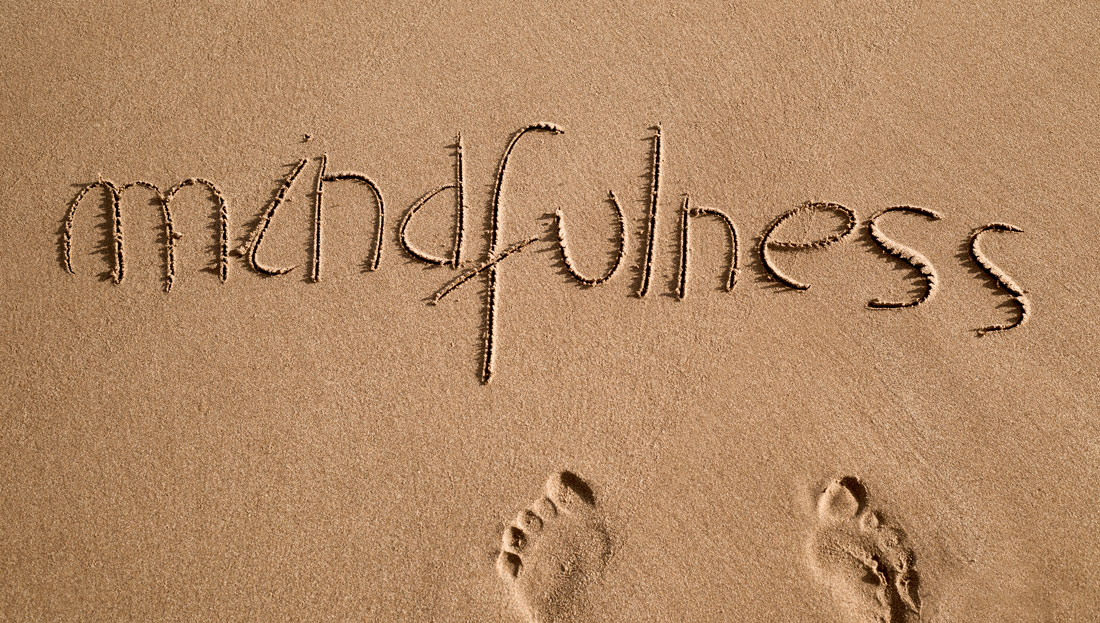 Taking a walk may be a good opportunity to mentally review your to-do list, but using the time to instead be more mindful of your breathing and surroundings may help boost your well-being, according to the results of a new study.

Researchers at Penn State found that while students reported being less stressed while they were on their feet and moving, they received an even greater benefit when they reported also being more mindful.

Chih-Hsiang “Jason” Yang, a postdoctoral scholar at the University of Southern California who led the study while earning his doctorate at Penn State, said the results suggest a simple way for people to boost their well-being throughout the day.

“It can be difficult to ask people to spend a lot of time doing moderate or vigorous activity by going to the gym or out for a run, especially if they feel stressed,” Yang says. “But if they don’t need to change their everyday behaviors, and can instead try to change their state of mind by becoming more mindful, they can probably see this beneficial effect. You don’t need to exert a lot of extra effort in order to improve your well-being by being more mindful while you’re moving around.”

Dr. David Conroy, a professor of kinesiology at Penn State, believes the findings, which were published in the journal Psychology of Sports and Exercise, could help people who are not able to engage in strenuous exercise.

“If someone is looking for a way to manage these kinds of feelings, it may be worth trying some sort of mindful movement,” suggests Dr. Conroy. “This option may be especially beneficial for people who don’t enjoy exercise and would prefer a less intense form of physical activity.”

According to the American College Health Association, more than half of college students experience anxiety, sadness or mental exhaustion at least once a year, suggesting a need for a simple way to reduce these negative states. Because students are often moving throughout their days, as they walk to class and go about other activities, the researchers wanted to see if there was a connection between mindfulness, movement and a reduction in negative states.

The researchers recruited 158 Penn State students for the study. For two weeks, a special mobile phone app called Paco randomly prompted the participants eight times a day to answer questions about their current activity and states of mind. The prompts included questions about where the participants were, if they were moving, and if they were stressed or anxious, as well as questions designed to assess mindfulness.

After analyzing the data, the researchers found that in the moments when participants were more mindful or active than usual, they showed reduced negative affect. They also found a possible synergistic effect when people were both mindful and active.

Dr. Conroy says it was interesting to see patterns emerge within the individual participants. “Most studies in this area have focused on the differences between people who are more mindful versus people who are less mindful, but we saw that college students often slipped in and out of mindful states during the day,” Dr. Conroy explains. “Developing the ability to shift into these states of mindfulness as needed may be valuable for improving self-regulation and well-being.”

To better explore the causal role of mindfulness on lowering negative states of being, Yang completed a second study, in which older adults who participated in an outdoor mindfulness activity reported on their feelings of stress, anxiety and depression. Yang found that the mindful walking was associated with lower levels of these negative feelings.

The researchers said that in the future, studies that collect more objective data—such as gathering information about physical activity by using accelerometers—and include more varied populations could be useful.

How to Apply This Research to Your Work With Clients

Your clients and participants come to you for a wide range of reasons, but most want to get fit and improve their health and well-being. A well-designed workout plan is essential, but helping clients add mindfulness to their workouts—whether with you or on their own—can multiply the benefits exponentially.

Although some of your clients may feel intimidated by the idea of meditating or overwhelmed at the thought of adding one more thing to an already overcrowded schedule, you can reassure them that practicing mindfulness doesn’t have to be complicated. In fact, it can be as simple as taking a one-minute break in the middle of a hectic day to create some much-needed mental and physical rest. Or, as these study results demonstrate, simply checking in (instead of tuning out) while walking offers additional benefits.