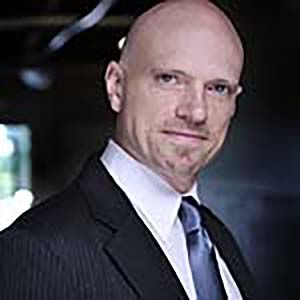 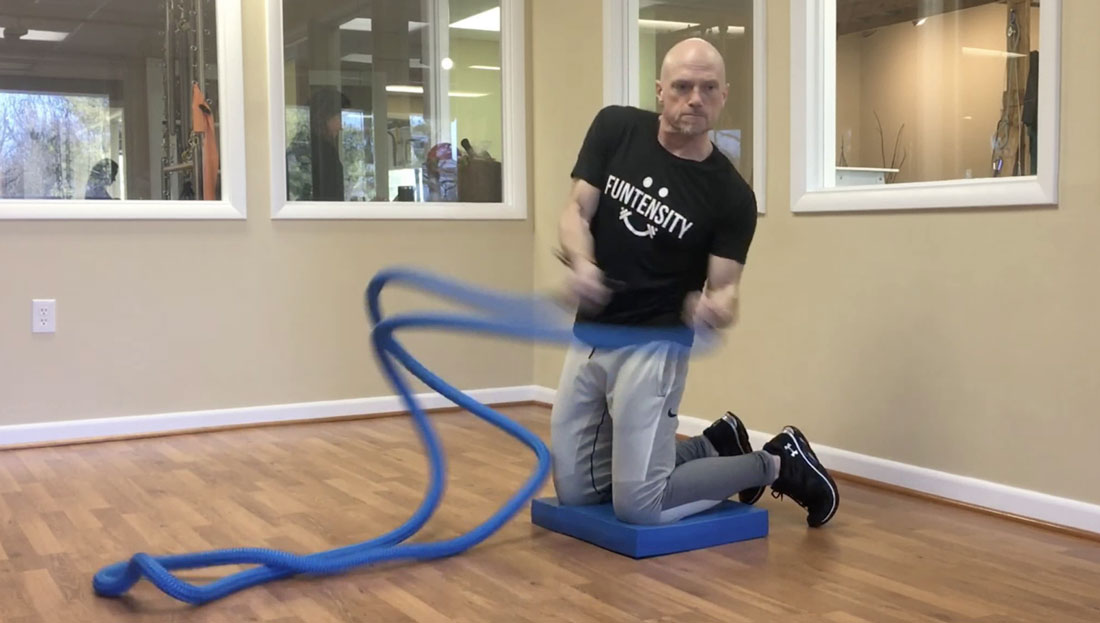 Battle ropes have become a mainstay in fitness facilities in recent years, largely because they are versatile and can be used for cardiorespiratory or muscle-strengthening exercise, typically in a high-intensity interval training (HIIT) format. They’re also a lot of fun to use. This article looks at what the research says about the effectiveness of heavy rope training and features a workout with the innovative Hyper Rope from Hyperwear using the ACE Integrated Fitness Training (ACE IFT®) Model as a guide.

A recent ACE-sponsored study conducted by a research team in the Department of Exercise and Sport Science at the University of Wisconsin–La Crosse compared the electromyographic (EMG) response in various muscles during five different battle rope exercises to determine which exercises produced the greatest muscle activation. The researchers also determined if the muscles tested were activated to a sufficient degree to increase muscular strength.

The study included 12 apparently healthy volunteers between the ages of 20 and 24 years old, all of whom had previous experience with resistance training, preferably battle rope training. Participants initially performed a maximal voluntary isometric contraction of eight different muscles to provide baseline EMG values to compare against muscle activation during five different heavy ropes exercises. Here were some key takeaways from this research:

In other words, as lead research Dr. John Porcari says, “Battle ropes provide a tremendous total-body workout, but variety of movement is key.”

The Hyper Rope by Hyperwear weighs 15 pounds and is 20 feet long, yet uses approximately 6 feet of space, which is significantly less than the space required to use traditional ropes (Figure 1). The Hyper Rope allows you to perform high-intensity heavy-rope exercises, but in less space and without the need for an anchor point. It’s also possible to perform a few unique exercises that are impossible to do with traditional anchored ropes.

The ACE IFT Model provides a framework for movement-based training where we develop stability and mobility as appropriate in a specific area of the body, then integrate it into a full-body movement and add external load, creating a stimulus for strength gains, and increasing movement speed to develop bodily control (final phase).

This workout features exercises that don’t require the rope to be anchored, which is a unique feature of the Hyper Rope. If you need to stabilize the middle of the rope for any exercise, Hyperwear recommends using a 20-pound or heavier SandBell. This rope should not be anchored using traditional anchoring strategies.

The workout is organized into supersets, with 30 seconds of work followed by 15 seconds of rest. Have clients perform three sets of each superset (unless otherwise noted below), resting for one minute before transitioning to the next superset. The total time for the workout is approximately 25 minutes, not including a proper warm-up and cool-down. Except where noted, use a “handshake” grip to hold the rope.

This workout uses a 30-second work:15-second rest interval, which makes it possible to achieve intensities at and above the second ventilatory threshold (VT2) and features more sets than are used in the study described earlier.”  This provides a total work time of 14.5 minutes, which is considerably longer than the 3−4 minutes of work time featured in many studies.

With the exception of the rear shoulder fly exercise, this workout may be classified as training time in zone 3 of the three-zone intensity model, given the speed of the movements (Table 1). Here are some additional notes on several of the exercises: