5 Weight-loss Lies We Tell Ourselves Weight loss is an American cultural obsession. The national conversation about it has become a cacophony of claims and inducements for products and diet programs, and promises from their providers.

Information from experts—real and self-proclaimed—flows forth on a daily basis, with each new “discovery” or study contradicting the one preceding it.

In such a chaotic environment, many distortions, half-truths and total falsehoods have become repeated so often that far too many people accept them as gospel.

We asked some of the nation’s leading nutrition and weight-loss specialists to debunk what we consider the top five weight-loss myths.

You’ve undoubtedly heard clients say many times, in many variations: “I eat like a bird and my husband eats like a pig. But I’m fat and he’s not. My metabolism is too slow.”

FACT:  Low metabolism has little to do with obesity.

“On the contrary, as body weight goes up, so does your metabolism,” says Dr. David Nieman, professor and director of the Human Performance Lab at Appalachian State University. “Big people have high metabolisms, and small, thin people have low metabolisms.”

Sonya Angelone, M.S., R.D., a spokesperson for the Academy of Nutrition and Dietetics, affirms that low metabolism is not a significant factor in obesity. However, she emphasizes the importance of non-exercise activity thermogenesis (NEAT), which is the energy expended for everything we do that is not sleeping, eating or sports-like exercise.

Broadening the definition of exercise to encompass the activities of daily living—ranging from cleaning the garage and gardening to standing while working on the computer—was the defining aspect of the Centers for Disease Control and Prevention’s revolutionary 2008 Physical Activity Guidelines for Americans. Never before had any national institution suggested that even humdrum physical activities could have a cumulative benefit by raising one’s metabolism.

“We’ve known for decades that resting metabolism isn’t the cause of obesity,” explains Dr. John Jakicic, a professor at the University of Pittsburgh. “Data from as far back as the mid-1980s has shown the relationship between weight and basal metabolic rate.”

A pioneering study in 1986 published in the New England Journal of Medicine examined 130 non-diabetic, adult southwestern American Indians from 54 families. (It is commonly known as the “Pima Indian” study.)

Millions of Americans continue to hold onto the idea that if they just exercise hard enough, they’ll lose those pesky last 10, 5 or—yes, even 1 pound (as a friend is attempting, with great frustration). At no time in history have Americans been so aware of the benefits of exercise, or had as many opportunities to work out. And yet every year we grow more obese.

FACT: Exercise, while great for your health, is light artillery against obesity.

Many factors control weight gain or loss. “It is true that any overweight person can lose weight if they increase their energy expenditure over a sustained period of time, and that regular exercise can help them lose weight,” explains Dr. Mark Mattson at the National Institute on Aging. “However, there are many factors that influence whether or not an individual becomes obese, as well as whether they are able to lose weight and maintain a healthy weight. Such factors that have been established by scientific studies include genes, early life experience, learned behaviors, cultural and socioeconomic factors, and motivation.”

Therefore, it’s not surprising that there’s a huge variability in the amount of weight lost among people doing the same routine.

“In the battle of the bulge you have two fists--diet and exercise. You jab with exercise, but the knockout blow comes through control of the diet,” Nieman says. And, while he supports exercise for its myriad health benefits, he feels that  “adding 30 minutes of walking per day to your lifestyle, for example, typically results in very little weight loss for the average obese person.” He believes that the engine of weight loss is “eating less and keeping food intake low or moderate.”

And, while it is possible to burn more calories than you can eat, as Dr. Susan Jebb, head of nutrition and health research at the Medical Research Council in Great Britain, recently told The Observer, “you have to do an awful lot more exercise than most people realize. To burn off an extra 500 calories is typically an extra two hours of cycling. And that’s about two doughnuts.”

Perhaps the most surprising experiment that dispelled the myth of exercise as champion obesity fighter occurred at the University of Louisiana in 2007. Led by Dr. Timothy Church, the study followed the progress of hundreds of overweight women on exercise programs for a six-month period. One group worked out for 72 minutes each week, a second group for 136 minutes, and a third for 194. A fourth group kept to their normal daily routine with no additional exercise.

The results, which were published in the Journal of the American Medical Association, were shocking: There was no significant difference in weight loss between those who had exercised—some of them for several days a week—and those who hadn't. Some of the “worked-out” women even gained weight.

An 18-month study focusing on childhood obesity published in the journal Obesity in 2008 returned similar results. Researchers found that, when the children in their experiment exercised, they ended up eating more than the calories they had just burned, sometimes 10 or 20 times as many.

As we understand more about the human genome and the powerful influence of our genes on many aspects of our body, mind and behavior, people are tempted to exaggerate the sway of our chromosomes in self-serving ways.

Steven Blair, a professor of public health at the University of South Carolina, poses these rhetorical questions: “Are your genetics driving you to eat more? Move less? Genetics hasn’t caused the obesity epidemic because our genetics haven’t changed in the last 30 years.”

While our genes are most likely not responsible for the prevalence of obesity, they may give us a leg up (or down), weight-wise.

Melinda Johnson, registered dietitian nutritionist and spokesperson for the Academy of Nutrition and Dietetics, takes a more nuanced view: “While genes strongly decide the shape of your body, peoples’ lifestyle (primarily eating too much and moving too little) is by far the main reason they’re fat. Research has shown that our eating and exercise habits are heavily influenced by the people we spend time with the most, which is likely the main reason we see obesity running in families. Genes have an influence, but it’s relatively minor for the vast majority of humans.”

The truth is that because we’ve only been deconstructing the genome for a decade or so, there simply isn’t enough research to make unimpeachable claims about the genetics-obesity connection. But so far there’s no evidence that our ancient ancestors are responsible for our need for plus-size jeans.

A 2010 study of twins was conducted at the Institute of Preventive Medicine at Copenhagen University Hospital. Danish researchers concluded that the evidence that genes could affect the proportions of the human body had been overestimated and couldn’t explain the increase in obesity over the past 70 years. They also suggested that environmental factors, such as habitual diet, must therefore play an important role in the obesity epidemic—and there was very limited evidence that genes influenced diet.

Some future anthropologist might be able to tell a lot about our culture just by studying the extreme number of fad diets that have appeared over the past 40 years. Many people looking for a quick fix will try any new diet that comes with the appropriate media buzz, only to discover that if it seems too good to be true, it is.

Why are so many people keen to embrace the latest dietary fad? More than likely they hear about them via the media, says Dr. Joseph Donnelly, professor and director of the Center for Physical Activity and Weight Management, University of Kansas. “This, of course, doesn’t make it correct.”

“Remember,” urges Marjorie Nolan, registered dietitian and spokesperson for the Academy of Nutrition and Dietetics, “that any diet is only as good as your ability to keep the weight off.”

Fad diets don’t work for many reasons, largely because they:

“The National Weight Control Registry is a large, often-cited study of individuals who were successful at long-term maintenance of weight loss,” explains Jakicic. “It showed that the people who are most successful at weight loss were eating a diet that was roughly 20 percent protein, 25 percent fat, and 50 percent carbs. This is a diet recommended by almost all behavioral weight-loss programs.”

Some obese people may still be able to live active lives and move relatively well. Others may have heard in passing of the “latest” study that downplays the health problems that they’d been told would befall them. A third group, perhaps younger, has the natural sense of immortality. Regardless, their inertia will not help them in the long run.

“Next to smoking,” argues Nieman, “being obese because of bad diet and exercise habits carries the heaviest disease burden.”

Heather Mangieri, registered dietitian nutritionist and spokesperson for the Academy of Nutrition and Dietetics, agrees. “Next to smoking, excess weight due to poor eating habits and a sedentary lifestyle has a greater effect on everything from your major organs and body systems, to your hormones, bones, joints and even your sleep.”

There have been countless studies on the deleterious effects of obesity on overall health. A definitive paper, “Education Initiative: Clinical Guidelines on the Identification, Evaluation, and Treatment of Overweight and Obesity in Adults,” conducted by the Centers for Disease Control and Prevention’s National Health and Education Examination Survey, is available online at 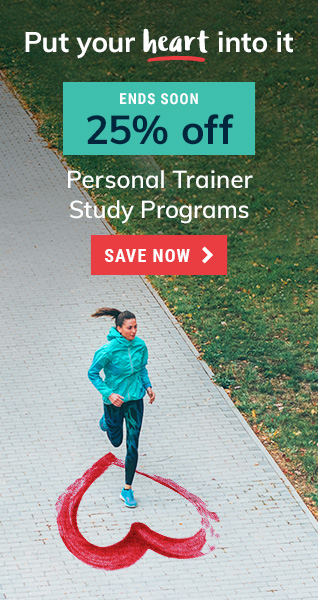