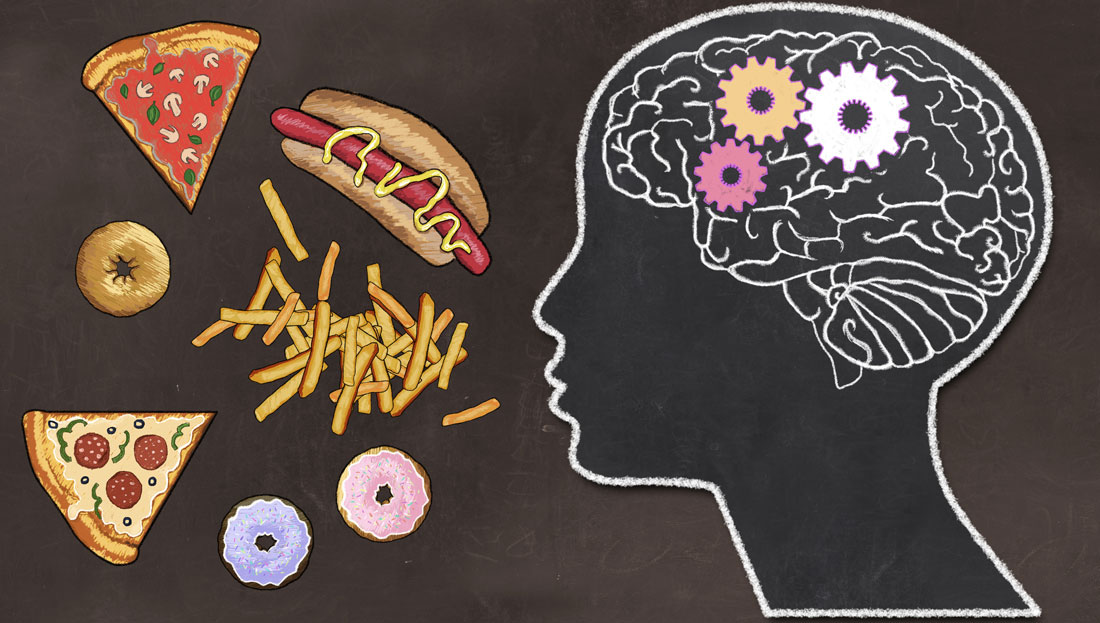 Fatty food may feel like a friend during these troubled times, but new research suggests that eating just one meal high in saturated fat can hinder our ability to concentrate—not great news for people whose diets have gone south while they’re working at home during the COVID-19 pandemic.

The study, which was published in the American Journal of Clinical Nutrition, compared how 51 women performed on a test of their attention after eating either a meal high in saturated fat or the same meal made with sunflower oil, which is high in unsaturated fat.

The researchers found that the participants’ performance on the test was worse after eating the high-saturated-fat meal than after they ate the meal containing a healthier fat, signaling a link between fatty food and the brain.

Researchers were also looking at whether a condition called leaky gut, which allows intestinal bacteria to enter the bloodstream, had any effect on concentration. Participants with leakier guts performed worse on the attention assessment no matter which meal they had eaten.

The loss of focus after a single meal was eye-opening for the researchers.

“Most prior work looking at the causative effect of the diet has looked over a period of time. And this was just one meal—it’s pretty remarkable that we saw a difference,” says Annelise Madison, lead author of the study and a graduate student in clinical psychology at The Ohio State University.

Madison also notes that the meal made with sunflower oil, while low in saturated fat, still contained a lot of dietary fat.

“Because both meals were high-fat and potentially problematic, the high-saturated-fat meal’s cognitive effect could be even greater if it were compared to a lower-fat meal,” she explains.

Madison works in the lab of Janice Kiecolt-Glaser, professor of psychiatry and psychology and director of the Institute for Behavioral Medicine Research at Ohio State. For this work, Madison conducted a secondary analysis of data from Kiecolt-Glaser’s study assessing whether high-fat meals increased fatigue and inflammation among cancer survivors.

Women in the study completed a baseline assessment of their attention during a morning visit to the lab. The tool, called a continuous performance test, is a measure of sustained attention, concentration and reaction time based on 10 minutes of computer-based activities.

The meals participants consumed included eggs, biscuits, turkey sausage and gravy containing 60 grams of fat derived from either a palmitic acid-based oil high in saturated fat or the lower-saturated-fat sunflower oil. Both meals totaled 930 calories and were designed to mimic the contents of various fast-food meals such as a Burger King Double Whopper with cheese or a McDonald’s Big Mac and medium fries.

Five hours later, the women took the continuous performance test again. Between one and four weeks later, they repeated these steps, eating the opposite meal of what they had eaten on the first visit.

The Role of a Leaky Gut

Researchers also analyzed participants’ fasting baseline blood samples to determine whether they contained an inflammatory molecule that signals the presence of endotoxemia, which occurs when toxins escape from the intestines and enter the bloodstream when the gut barrier is compromised.

After eating the meal high in saturated fat, the participating women were, on average, 11% less able to detect target stimuli in the attention assessment. Concentration lapses were also apparent in the women with signs of leaky gut: Their response times were more erratic, and they were less able to sustain their attention during the 10-minute test.

“If the women had high levels of endotoxemia, it also wiped out the between-meal differences. They were performing poorly no matter what type of fat they ate,” Madison explains.

Though the study didn’t determine what was going on in the brain, Madison said previous research has suggested that food high in saturated fat can drive up inflammation throughout the body, and possibly the brain. Fatty acids also can cross the blood-brain barrier.

“It could be that fatty acids are interacting with the brain directly. What it does show is the power of gut-related dysregulation,” she said.

The statistical analysis accounted for other potential influences on cognition, including depressive symptoms and the participants’ average dietary saturated fat consumption. The women in the study ate three standardized meals and fasted for 12 hours before each lab visit to reduce diet variations that could affect their physiological response to the high-fat meals.

These findings suggest concentration could be even more impaired in people stressed by the pandemic who are turning to fatty foods for comfort, Kiecolt-Glaser says.

“What we know is that when people are more anxious, a good subset of us will find high-saturated-fat food more enticing than broccoli,” she said. “We know from other research that depression and anxiety can interfere with concentration and attention as well. When we add that on top of the high-fat meal, we could expect the real-world effects to be even larger.”

So, how can you help your clients make healthier choices, even when stress levels are high?

While a lack of concentration may be related to many factors, according to Chris Gagliardi, ACE’s Scientific Education Content Manager and an ACE Certified Health Coach, the results of this research offer an opportunity for exercise professionals and health coaches to use active listening skills to be aware of clues clients may offer that their dietary choices may be impacting their ability to concentrate.

“For example,” explains Gagliardi, “a client may share with you that they have trouble focusing on work or concentrating in the afternoon after lunch or in the morning after breakfast. Observations like this deserve more focus and professionals can dig deeper by asking questions to discover more about what types of meals clients may be consuming.”

The key, Gagliardi says, is to listen without judgment, ask questions to gather more information and find out what the client already knows about dietary fat. Then, with the client’s permission, share information related to this study, ensure the client understands the information you shared and, finally, collaborate on a game plan for improving the nutritional quality of meals and snacks. This game plan may include working together to identify food choices that are lower in saturated fats, identifying triggers such as stress or boredom for high-saturated-fat food consumption and exploring other methods for positively coping.

Because stress can be a significant trigger for unhealthy eating for many people, exploring what clients already know about managing stress and what methods they already use can be a helpful direction to move the conversation. “If the client is open to discussing other options,” says Gagliardi, “you can share information about relaxation techniques such as guided imagery and deep breathing.” Additionally, recognizing that eating high-saturated-fat foods may be a current strategy for handling stress is an important realization, and practicing other techniques to reduce stress will be crucial for making healthier choices during times of high stress.

Gagliardi also reminds us that, while people associate too much fat with overweight, obesity and diseases such diabetes, they are likely unaware of the connection between fatty food and the brain. “When clients are ambivalent about change, they often weigh the pros and cons of a change effort and only take action when the scale tips in the direction of change,” he says. “When appropriate, discussing the link between saturated fat intake and attention levels may be a helpful piece of information that plants a seed for change.” Sharing the significance of this research with your clients may also create a path for providing education and resources about healthy eating patterns, different types of fats and sources and recommended intake levels, as well as filling in knowledge gaps based on what the client already knows. It is important to be prepared to discuss these topics and to point clients to quality sources of additional information. 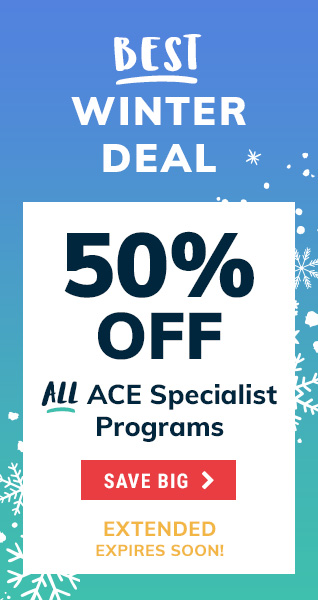