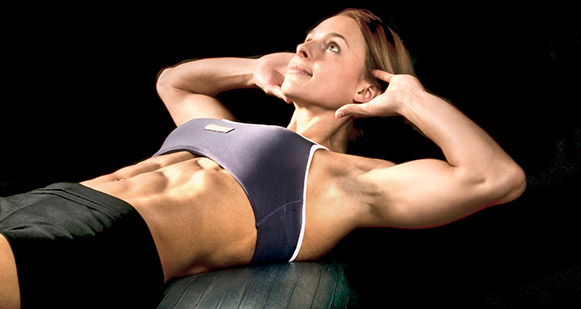 What do you think about the results of this study? Will it change how you approach abdominal training with your clients? Let us know your thoughts on this topic in the comments section below.

Tight, well-sculpted abs are used ad nauseam to sell countless products and services around the world. And given that both men and women seem keen on getting tighter abs (or at least looking at them), they probably account for more selling power than just about any other body part.

And then, there are the fitness products that promise the elusive six-pack…

“Start rocking your abs toward the firmer, tighter, sexier look everybody wants.”
“3-minute Abs: The fastest way to get ripped abs!”
“Six-Pack Abs in Six Weeks.”

If this all sounds familiar, it should. Promises like these flood the airwaves and webpages, yet most Americans possess something more akin to a one-pack or even a keg. Still, legions of hopeful consumers spend millions annually on exercise machines and products in search of a quick-fix path. But the real question is: Are any of those exercises and machines more effective than the good ol’ crunch?

Obviously, strong abs are about much more than simply good looks. They are key to increasing core strength and endurance, improving posture, reducing low-back pain and enhancing sport performance. In keeping with its role as America’s Workout Watchdog®, the American Council on Exercise (ACE) commissioned exclusive research to determine just how effective some of the most popular devices and ab exercises are in comparison to the traditional crunch.

THE STUDY
ACE enlisted the help of the experts at the University of Wisconsin—LaCrosse and its Clinical Exercise Physiology program. Led by John Porcari, Ph.D., and Edward Stenger, M.S., the research team first recruited 16 healthy volunteers (eight men and eight women) between the ages of 18 and 24. 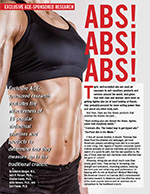 All participants attended one practice session in which they tried each of the devices and each of the exercises to help familiarize them with the study protocol and exercises they would be performing. On a subsequent day, researchers used electromyography (EMG) to identify a baseline of abdominal strength for each participant. As the individual lay on a decline bench, with the hands across the chest and a 90-degree angle at the torso and the hips, researchers grasped onto the subject’s shoulders and attempted to pull the subject downward on the bench while the subject resisted. Electrodes placed on the upper and lower rectus abdominis (URA and LRA), external obliques (EO) and the rectus femoris (RF) measured subjects’ maximum voluntary contraction (MVC) during this activity. 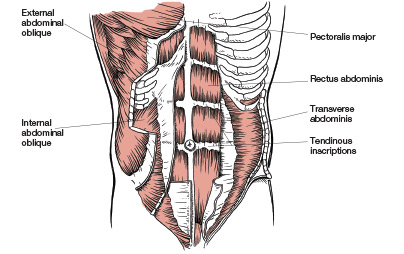 Next, subjects were monitored while performing five repetitions of eight different abdominal exercises, with two minutes of rest between each exercise. On the following day, subjects again performed a MVC, along with five reps of the remaining seven abdominal exercises. At no point did the subjects report feeling fatigued between exercises or between days of testing. As they performed each exercise, subjects were prompted using a metronome set for three seconds per repetition (1.5 seconds for the eccentric phase and 1.5 seconds for the concentric phase). Five reps were recorded for each exercise. The middle three repetitions were used for analysis. For the front plank, side plank and yoga boat pose, the middle nine seconds of data were recorded for analyzing.

THE RESULTS
Immediately following both testing sessions, the researchers processed the data. In all, six men and eight women completed the study (results from two of the original 16 subjects were not used due to incomplete data).

The manufacturer of the Ab Circle Pro was recently fined by the Federal Trade Commission for false advertising (lose up to 10 pounds in just two weeks), awarding defendants between $15 million and $25 million. 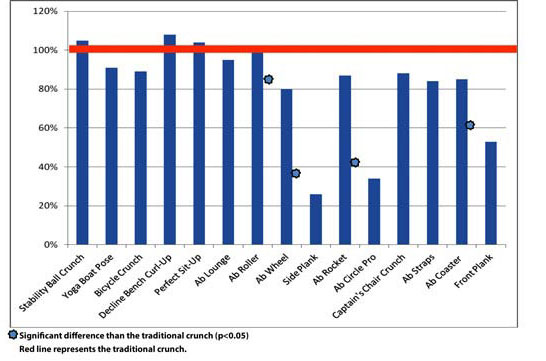 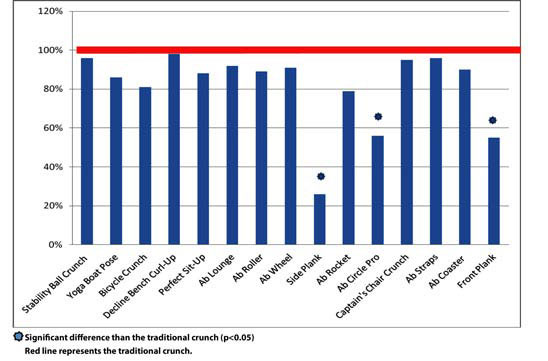 “Another thing we found is that, regardless of the exercise, and this has been shown before in other research, there really doesn’t appear to be any difference between the upper and lower abs,” says Dr. Porcari. “You can’t selectively recruit the upper abs versus the lower abs. And this study reinforced the fact that, across 15 different popular ab exercises and ab devices, there really was no difference.”

Another interesting result centered around the traditional crunch itself. Researchers initially tested two types of the crunch individually—with the arms folded across the chest as well as with the arms and fingers interlocked behind the head. The data showed, however, that there was no difference in muscle activation between the two types of crunches. “We expected there to be a difference because when people put their hands behind their neck they often wrench their head and pry it up,” says Edward Stenger, M.S., “but there was no difference.”

As for the EO, there were six abdominal exercises that had significantly higher muscle activation than the traditional crunch: the decline bench curl-up, Ab Lounge, Ab Wheel, captain’s chair crunch, Ab Straps and the Ab Coaster (Figure 3). Researchers point out that the likely reason for this higher activation is because those machines are more free-moving and require the subject to maintain balance and control throughout the exercise, using the EO to stabilize the entire body.

Figure 3.  Comparison of external obliques (EO) activation for the various exercises compared to the traditional crunch. 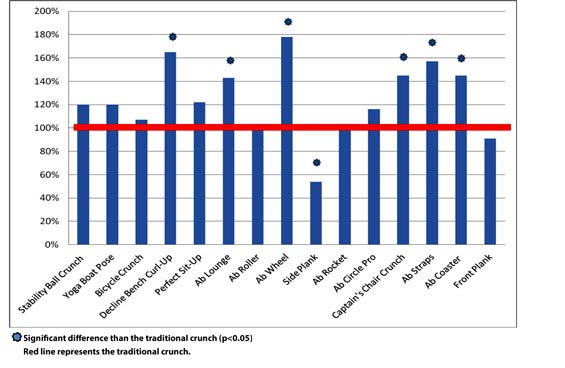 “For external obliques, there were a number of exercises that were better. This is where it gets tricky,” says Porcari. “With a traditional crunch, you go straight up and back. But any time you do a little bit of twisting or you have a little bit of instability where your trunk can sway from side to side, you’re going to call into play your internal and external obliques to stabilize yourself.”

Similarly, the rectus femoris (RF) saw significantly higher muscle activation in nine exercises, including the yoga boat pose, bicycle crunch, decline bench curl-up, Perfect Sit-up, Ab Lounge, captain’s chair crunch, Ab Straps, Ab Coaster and front plank. While the isometric exercises required constant contraction of the RF to maintain balance, the other exercises required subjects to pull their legs toward the body to complete the exercise (or their feet were fixed), causing the RF to fire continuously as well as causing flexion at the hip and contraction of the RF.

THE BOTTOM LINE
“We spent a considerable amount of money on abdominal exercise equipment to basically show that you can effectively train the abs at home for free,” notes Stenger. “Obviously, laying on the ground doing the traditional crunch is not appropriate for everybody, especially people with low-back pain, but for the average person who wants to work his or her abdominal muscles to get stronger, have less back pain, and get better health benefits, all you need to do is get a comfortable spot on the floor, lay down and do some crunches. It doesn’t cost anything to work out. Everything else is kind of a waste of money from this standpoint.”

“It's important, however, to keep in mind that there is no single abdominal exercise that challenges all the abdominal muscles in the most effective way,” explains Dr. Cedric X. Bryant, ACE's Chief Science Officer, “and the best way to work the abs is with different types of exercises. For example, the plank exercise effectively engages the transverse abdominis, which plays an important role in spinal stabilization.”

Another thing to consider, says Porcari, is that there are indeed certain ab exercises done with these machines that may be more or less difficult than a regular crunch. “It’s impossible to test every possible exercise,” he notes. “For instance, if you did the advanced jackknife on the Ab Lounge you’d probably see different results because you’re increasing the lever arms.”

But when considering the base level of each exercise, none proved more effective than the conventional crunch. That said, the ab machines tested here aren’t all that bad. “A lot of these abdominal products work. If people buy an ab product and it entices them or motivates them to do more ab work, then I think it’s a great thing,” says Porcari. “If somebody wants to spend $50 or $100 bucks for something that may motivate them to do a little more abdominal work—more power to them. But of course, the traditional crunch is just fine also.”