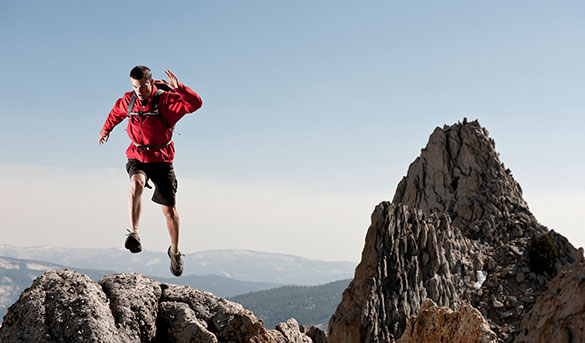 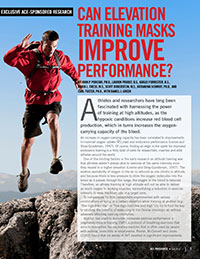 Athletes and researchers have long been fascinated with harnessing the power of training at high altitudes, as the hypoxic conditions increase red blood cell production, which in turn increases the oxygen-carrying capacity of the blood. An increase in oxygen-carrying capacity has been correlated to improvements in maximal oxygen uptake (VO2max) and endurance performance (Levine and Stray-Gundersen, 1997). Of course, finding an edge in the quest for improved endurance training is a Holy Grail of sorts for researchers, coaches and elite athletes around the world.

One of the limiting factors in the early research on altitude training was that athletes weren’t always able to exercise at the same intensity once they moved to a higher elevation (Levine and Stray-Gundersen, 1997). The relative availability of oxygen in the air is reduced as one climbs in altitude, and because there is less pressure to drive the oxygen molecules into the blood as it passes through the lungs, the oxygen in the blood is reduced. Therefore, an athlete training at high altitude will not be able to deliver as much oxygen to working muscles, necessitating a reduction in exercise intensity to keep the heart rate in a target zone.

To compensate for this, researchers experimented with various combinations of living at a certain elevation while training at another (e.g., “live high-train low” or “live high-train low and high”) to try to find the key to eliciting the benefits of exercising in the thinner mountain air without adversely affecting training intensities.

Another tool used to stimulate increased exercise performance is inspiratory muscle training (IMT), a protocol of breathing exercises that aims to strengthen the respiratory muscles that is often used by people with asthma, bronchitis or emphysema. Romer, McConnell and Jones (2002) found that six weeks of IMT resulted in significant improvements in pulmonary and respiratory function and significant improvements in performance.

All of this information illustrates the complexity that researchers and manufacturers face in developing protocols and devices to mimic elevation training. Training Mask, LLC, the makers of the Elevation Training Mask 2.0 (ETM) believe they have done just that. The ETM covers the nose and mouth and has different-sized openings and flux valves that can be adjusted to simulate different elevations (from 3,000 to 18,000 feet, or 914 to 5,486 m) by making breathing more difficult.

ACE enlisted the help of John Porcari, Ph.D., and his team of researchers in the Department of Exercise Sport Science at the University of Wisconsin–La Crosse to test the ETM, specifically the manufacturer’s suggestions that it can increase endurance and VO2max, as well as improve lung function.

The purpose of this study was to determine the effect of training while wearing the ETM on ventilatory threshold (VT), respiratory compensation threshold (RCT), VO2max, power output, lung function and hematological variables.

Twenty-four moderately trained volunteers served as the study subjects, all of whom were students at the university. None of the participants were involved in any cycling training during the previous six months. Each subject first completed a maximal cycle ergometer test to determine his or her VO2max, VT, RCT, maximal heart rate (HR) and maximal power output. Pulmonary function was also assessed for each subject. 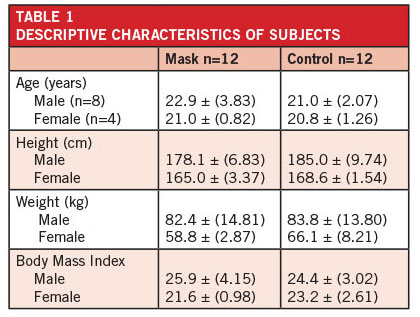 Training sessions were held twice a week and each session was 30 minutes long—a five-minute warm-up, 20 minutes of high-intensity intervals and a five-minute cool-down. The 20-minute interval segment included 10 repetitions of 30 seconds of work at the subject’s individualized peak power output, followed by a 90-second recovery period. Participants wore HR monitors and HRs were recorded at the end of the high-intensity portion of each interval. Ratings of perceived exertion (RPE) (0–10 scale) were also recorded at that time, along with session RPEs after each workout. Training intensities were adjusted throughout the six-week period based on subjects’ RPE after the tenth interval of each workout.

At the end of the training program, subjects in both the control and mask groups again completed the pre-study test battery. 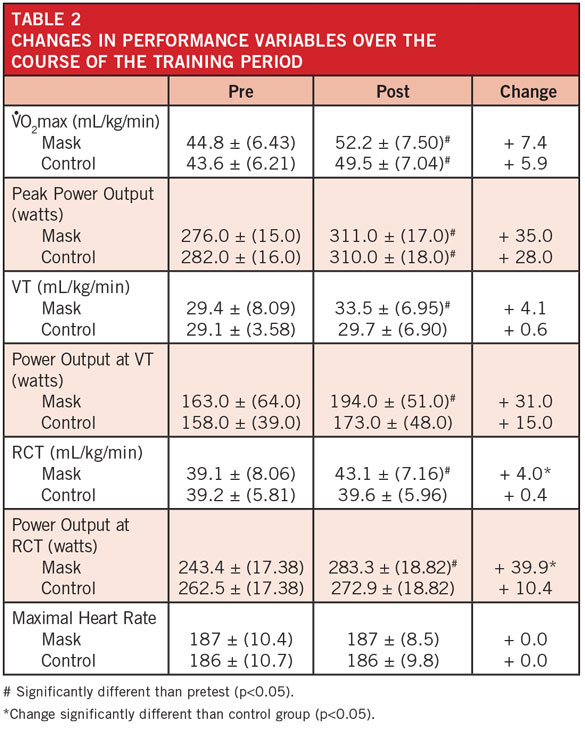 To quantify the intensity of training across the duration of the study, the research team recorded exercise HR, session RPE and workload (in watts). There were no significant differences in exercise HR between the groups and it was consistent across the 12 sessions. Session RPE was also consistent across the 12 sessions, though it was significantly higher for the mask group (6.2 ± 0.74) than for the control group (5.5 ± 0.67) due to the increased resistance of breathing through the mask.

Things get a bit more interesting when looking at workload (Figure 1). While there was no significant difference in the average workload between the groups, the exercise workloads for the mask group were significantly greater during sessions 11 and 12.

Figure 1. Average workloads of the mask and control groups over the 12 training sessions 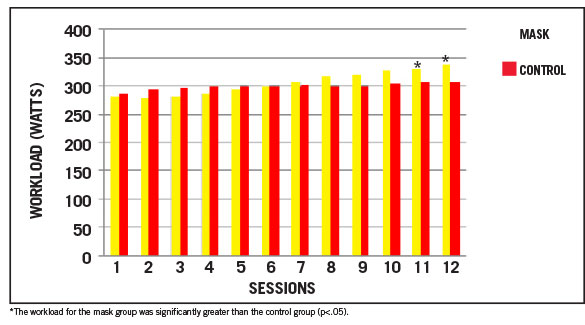 There were a lot of variables tested in this study—from RPE to hematocrit levels—again reminding us of the complexity of trying to mimic the power of elevation training. That said, there are important and clear results to discuss.

Let’s look back at the claims made by the manufacturer that wearing the Elevation Training Mask 2.0 could increase endurance and VO2max and improve lung function. The current study did not bear this out. While VO2max improved in the mask group over the course of the study, a similar improvement was seen in the control group. In addition, there was no change in lung function over the 12 weeks.

The name of the device and the settings it provides would make you believe that the mask simulates different levels of altitude training. However, the decreases in saturation of oxygen in the blood were small while wearing the mask (2 percent), which is far below the desaturation experienced when a person actually climbs to higher elevations. There is no doubt, however, that wearing the mask makes it more difficult to breathe, making it more like an inspiratory muscle training device.

While there were differences in the magnitude of the increase in VO2max and maximal power output between the mask and control groups, the mask group did have close to 15 percent increases in VT and RCT and the associated power output seen at both of those thresholds. The exact reason for those increases is unclear, but may be related to the trapping of carbon dioxide within the mask during exercise. Regardless of the mechanism, it is important to note that these improvements have significant performance implications.

“Remember,” says Dr. Porcari, “the ventilatory threshold is the primary limiting factor of endurance capacity, so making improvements there is potentially very exciting.”

Dr. Porcari states that a longer-term training protocol would be needed to see if the improvements seen in the lab can be translated to performance in the real world. If so, he says, “the ETM could be a very valuable training adjunct for endurance athletes who are looking to improve their performance.”