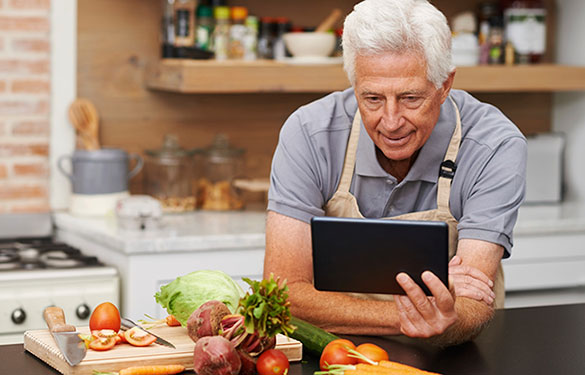 In its sixth year, U.S. News & World Report’s annual “Best Diets” list provides information about 35 chosen eating plans and ranks them in a number of categories, from their heart healthiness to their likelihood to help with weight loss. The MIND diet was ranked the easiest diet to follow and the second best overall diet (tying in both categories) for 2016 by U.S. News & World Report. It also tied for third for best diet for healthy eating and was ranked in the top five in five categories:

The MIND diet—short for Mediterranean-DASH Diet Intervention for Neurodegenerative Delay—is a research-based diet developed by Martha Clare Morris, Sc.D., a nutritional epidemiologist at Rush University Medical Center, and her colleagues. The diet, which U.S. News & World Report recently ranked among the best for 2016 (see sidebar), is a hybrid of the Mediterranean and DASH (Dietary Approaches to Stop Hypertension) diets. A study published last year in Alzheimer’s & Dementia: The Journal of the Alzheimer’s Association showed that the MIND diet helped lower the risk of Alzheimer's disease by as much as 53 percent in participants who adhered to the diet rigorously, and by about 35 percent in those who followed it moderately well.

“One of the more exciting things about this is that people who adhered even moderately to the MIND diet had a reduction in their risk for Alzheimer’s,” Morris says. The researchers also have found that adhering to the diet may slow cognitive decline among aging adults, even when they are not at risk of developing Alzheimer’s.

The Mediterranean and DASH diets have each been found to reduce the risk of cardiovascular conditions, like hypertension, heart attack and stroke. Some researchers have found that the two diets provide protection against dementia as well.

Morris and her colleagues developed the MIND diet based on information that has accrued from years’ worth of research about what foods and nutrients have good, and bad, effects on the functioning of the brain.

A Wine and No Cheese Party

More than 5 million people in the United States are living with Alzheimer's, and this number is expected to rise to as many as 16 million by 2050. Alzheimer's is currently the sixth leading cause of death in the U.S., and more than two-thirds of Americans with Alzheimer's are women.

To adhere to, and benefit from, the MIND diet, a person would need to eat at least three servings of whole grains, a green leafy vegetable and one other vegetable every day—along with a glass of wine—snack primarily on nuts, have beans every other day or so, eat poultry and berries at least twice a week and fish at least once a week. In addition, the study found that to have a real shot at avoiding the devastating effects of cognitive decline, he or she must limit intake of the designated unhealthy foods, especially butter (less than 1 tablespoon a day), sweets and pastries, whole-fat cheese, and fried or fast food (less than a serving a week for any of the three).

Berries are the only fruit specifically included in the MIND diet. “Blueberries are one of the more potent foods in terms of protecting the brain,” Morris says, and strawberries also have performed well in past studies of the effect of food on cognitive function.

“The MIND diet is a modification of the Mediterranean and DASH diets that highlights the foods and nutrients shown through the scientific literature to be associated with dementia prevention,” Morris says. “There is still a great deal of study we need to do in this area, and I expect that we’ll make further modifications as the science on diet and the brain advances.

"We devised a diet and it worked in this Chicago study,” she adds. To establish a cause-and-effect relationship between the MIND diet and reductions in the incidence of Alzheimer’s disease, “The results need to be confirmed by other investigators in different populations and also through randomized trials.”