Is it Time for a Neurobics Revolution? 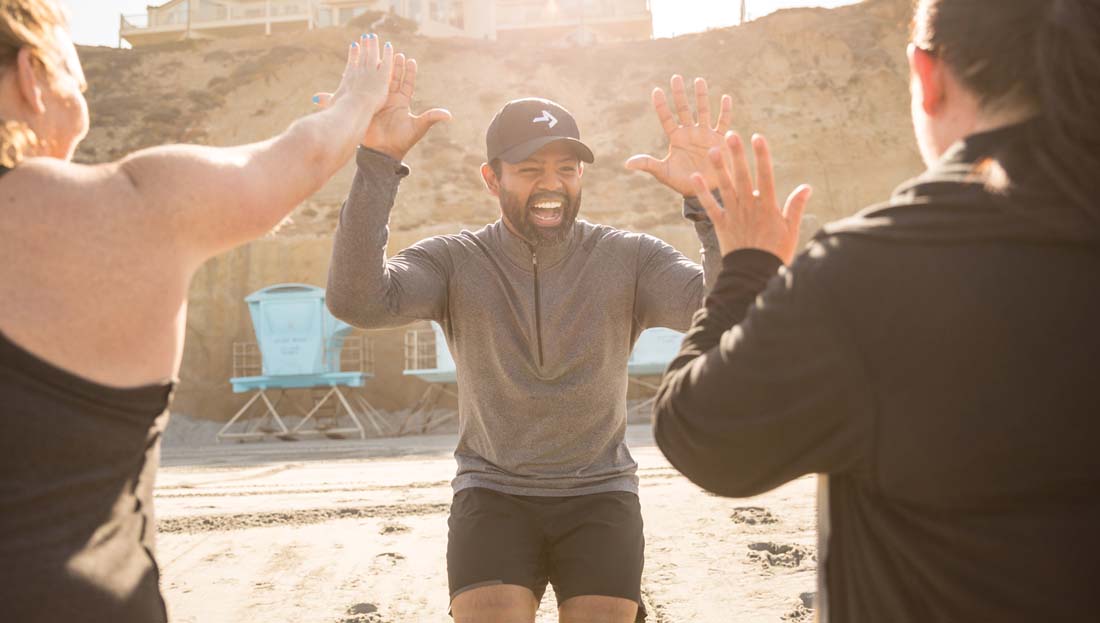 Neurobics. The word—recognized by Dictionary.com and Oxford University Press if not by Spellcheck—is defined as mental exercises designed to create new neural pathways in the brain by using the senses in unconventional ways.

While he doesn’t claim to have invented the term, personal trainer and brain fitness specialist Jonathan Ross applies it in a way that seems genuine, and consistent with its “aerobics”-inspired roots—a combination of physical and brain-stimulating activities that neurologists call cognitive stimulation (or Cog-Stim for short).

“Most people think of Cog-Stim and they’re thinking about learning a new language, solving crossword puzzles and so forth,” says Ross. “That’s good, but if you look at our brains, they’re designed to solve problems in our environment…to help us survive. Which usually had to do with producing a specific movement to deal with a specific threat or need.”

While the likelihood of having to hunt for tonight’s dinner or avoid being stomped on by a mastodon is pretty slim these days, Ross—who has won Personal Trainer of the Year awards from both ACE and the IDEA Health & Fitness Association—believes that humans today can be provided with nonthreatening but stimulating challenges that work both body and brain. “It’s problem-solving combined with movement,” he says.

For example, he’ll have them roll dice or flip a coin before performing an exercise. “Heads, it’s a set of push-ups, tails it’s a set of air squats,” he says. “You have to think, and then you have to act.”

Another neurobic exercise anyone can do is something Ross calls “Letter Runs.”

“Map out a rectangular space in your room or your backyard,” he says. “Then you’re going to run the letters of your grandchild’s name or run the name of your favorite movie.”

Sound easy? Imagine running the letters “s-t-a-r w-a-r-s.” Navigating the curves of “s,” going  side to side to cross the “t,” the up-and-down motion to trace a “w.”

“There’s a lot of multi-directional running, which is challenging,” Ross said, “And you have to stop and think about what those movements would be before each letter. Again, you’re thinking and moving.”

Of course, non-runners can jog or walk the letters at a more comfortable speed—and still get that neural-stimulating challenge.

Ross says that you and your clients can even practice neurobics on a morning walk to make this most basic and enjoyable form of exercise a little more challenging.

“You’re out in nature, walking along, maybe listening to music—that’s great,” he says. “But what if you got out of your regular cadence? What if every few strides, you step off the curb, and then step back on? What if you try to deliberately step on the cracks between the sidewalks? What if you veer off the path and try to weave a figure eight around trees in the park?”

Even doing this for a few minutes, he says, will transform your already-beneficial walk into a more complex—and interesting—activity that will stimulate your brain.

At Western Racquet & Fitness Club in Green Bay, Wisc., Katie DuBois makes what Ross calls “funtensity” a fundamental part of her regular group strength classes, by adding a neurobic twist. “I always try to put something in there to make them think,” she says. “Even if it’s just a movement pattern that slows them down, forces them to coordinate different parts of their body in a unique way.”

For a Thanksgiving-themed class last fall, DuBois broke the class into teams of five and had them form what she calls a “plank circle.”

“I had them spell out Happy Thanksgiving, one person at a time,” Dubois says. “So, the first person says ‘H’ the second person says “a” and so forth.” With 17 letters in that phrase, it meant that each person had to contribute at least three times—keeping track of where they were in the spelling of the phrase. And all the while holding a plank position.

But it’s firing up those neural circuits, forcing people to think—and adding a level of freshness and fun they might not have had otherwise.

“I think people love to be challenged in a new way,” Dubois says. Otherwise, classes and routines can get stale. For example, burpees are challenging, but not exactly fun for most people. Adding freshness can make it fun. “You mix it up and it gets people laughing.”

For that reason alone, adding neurobic activites into your clients' training programs might be worth considering. 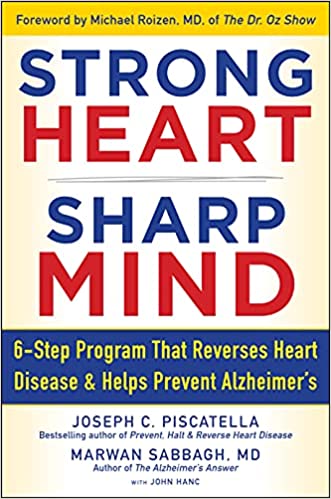 If you’re interested in learning more about neurobics and the intersection of heart and brain health, check out STRONG HEART, SHARP MIND: The 6-Step Brain-Body Balance Program that Reverses Heart Disease and Helps Prevent Alzheimer’s by Joseph C. Piscatella and Marwan Noel Sabbagh, MD, with John Hanc. Released in January 2022 and published by Hamanix, this book examines the latest science-based habits and lifestyle practices for improving heart and brain health.

And speaking of thinking—what about these neural benefits?

Marwan Sabbagh, MD, FAAN, professor of neurology at the Barrow Neurological Institute in Phoenix, Ariz., says he is intrigued by the concept of neurobic activities, which he refers to as dual stimulation—exercise and cognitive. “It makes complete sense from a neurobiological perspective,” says Sabbagh, a prolific researcher in Alzheimer’s and brain health. However, he adds, “keep in mind that it has not been studied prospectively so it is essentially unproven.”

That said, Dr. Sabbagh doesn’t discourage health and exercise professionals from incorporating it in safe ways—the ways that Ross and DuBois, and others, have.

One of those others, personal trainer Bob Phillips of Melville, N.Y., has been using neurobic-type strength and balancing movements with his older clients for several years. “How would this help a 68-year-old client?” he asks rhetorically. To answer that, he suggests envisioning a scenario where that person walks outside of their house on a cold, icy morning. “You suddenly feel one foot slide on the ice, and your body has a millisecond to react,” he says. In that scenario, neural recruitment is instantaneous, as brain and body must mobilize to stabilize and regain control. “I’m not a neurologist, but I have to think that training those systems, neural and muscular, together will be a benefit at that moment.”

To that end, Phillips has his older clients—who are of varying fitness abilities—perform neurobic activities that range from simply standing on one leg, to more complex (and—that word again—fun!) movements, such as standing on an unstable surface while tossing a medicine ball back and forth with Phillips.

In general, he says the kind of creative neurobic activities he uses have a few things in common:

This way, he says, “you’re in positions that aren’t as stable, moving in directions you’re not used to moving in. All of these things start involving the neurological part of training.”

Here is an example of a movement along with a progression that Phillips has been using with his clients:

Take a broomstick in both hands, at shoulder width and using an overhand grip. Begin to form a figure-eight motion with the broomstick, as if you’re kayaking. “You want to visualize it as if you are actually on a kayak,” Phillips said. “Try to be rhythmic and smooth.” Have your client do this for 60 seconds. Rest a minute and repeat.

It might take the client’s brain a couple of times to get that fluid motion. Once they’re figure-eighting their way along like a kayak version of an air guitar player, challenge them further by having them stand on one leg while they do it—first the right leg for 60 seconds, then the left for the same amount of time.

It’s not easy, at least not at first—and of course, that’s the point. It’s also part of the reason neurobics could represent an important new dimension of what we call fitness.

“The public has not yet linked the idea of physical fitness to cognitive fitness,” Ross says. “When people think of hiring a trainer, they think muscles, they don’t think mental muscles. But that could be changing.”