Study: People Underestimate How Much Water They’ll Need on the Trail 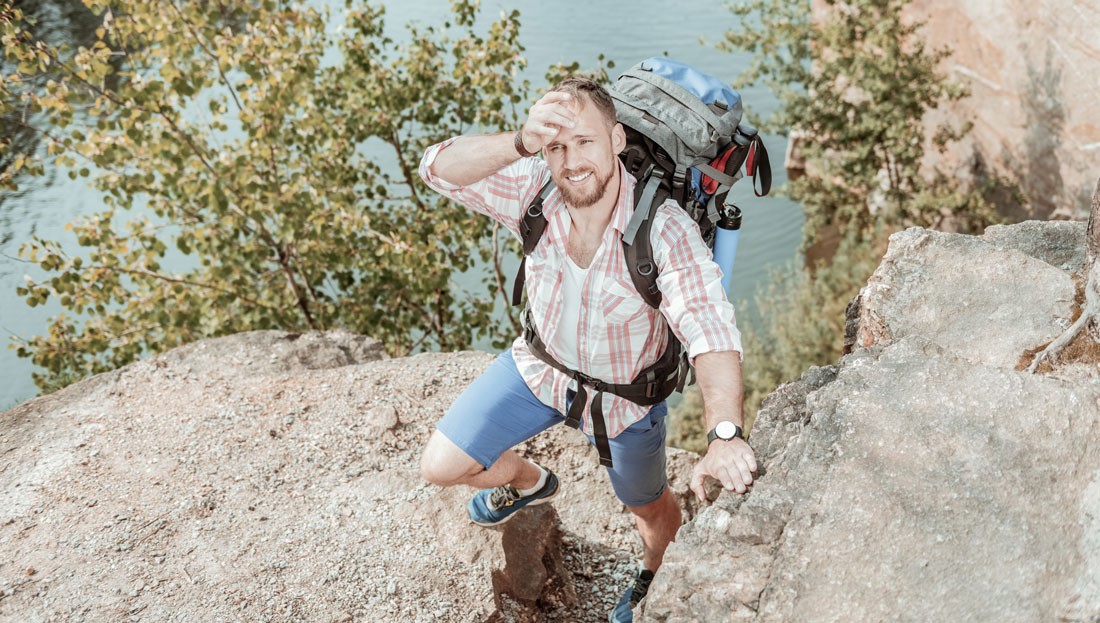 You don’t have to be an experienced trailblazer to know that if you choose to hike in the heat, you better be hydrated. Yet scientific literature on the subject reports that roughly 25% of heat-related illness cases are a result of a fluid imbalance, rather than heat exposure alone.

New research out of Arizona State University seeks to understand exactly what is going on in the body as it responds to heat stress, looking in particular at hydration levels, core temperature and sweat loss, in the hopes of developing interventions and best practices for those whose mountainous wanderlust just can’t be quenched.

The findings of one such related study, recently published in the International Journal of Environmental Research and Public Health, show that compared to moderate weather conditions, hikers’ performance during hot weather conditions was indeed impaired, resulting in slower hiking speeds and prolonged exposure to the elements, thus increasing their risk of heat-related illness.

It’s possible to sweat out up to 60 ounces of water in an hour of hiking in 105° heat—that’s about 4% water loss for a 150-pound person. At this level of water loss, you may experience reduced muscle strength, reduced fine motor skills or heat cramps.

Perhaps most telling, though, the research team found that most hikers did not bring enough fluid with them on their hike to compensate for their sweat loss. They also found that less aerobically fit participants were most negatively affected by heat stress and performed worse overall compared to their more aerobically fit counterparts.

“The current guidelines for hikers in general are very broad and geared more toward safety than quantifying the adequate amount of fluid they need,” says Floris Wardenaar, an assistant professor at Arizona State University’s College of Health Solutions and coauthor of the study. “The guidelines also do not take into account fitness levels or the importance of incremental exposure to the heat, which can be affected by acclimatization to specific environments and weather conditions.”

In the study, 12 participants—seven women and five men in their 20s—were asked to hike Sentinel Peak (also known as “A” Mountain), a 2,897-foot peak in the Tucson Mountains in Arizona. The first hike took place on a moderate day (68° F, 20° C) and then again on a hot day (105°F, 40.5° C). Participants were told to prepare as they normally would, bringing however much fluid they thought they would need, and were asked to hike as quickly as possible without becoming uncomfortable. Each time, they hiked up and down the mountain four times, which adds up to roughly the same distance and incline as Camelback Mountain, one of the most popular hiking destinations in the Phoenix area that sees its fair share of heat-related illness cases.

Before their trek, participants’ resting metabolism was recorded to estimate their energy production during the hike. Their weight, heart rate, core temperature and hydration status were measured before and after the hike, and their drinking behavior—how much or how little fluid they consumed—was monitored throughout.

Using that data, researchers were able to calculate participants’ rate of sweat loss through their body-weight reduction, which averaged out to about 1%, whether conditions were hot or moderate.

“The 1% body-weight reduction had different reasons,” Wardenaar said. “During hot conditions, participants' sweat rates were higher while drinking more, often resulting in consuming all of the fluid brought, whereas during moderate conditions, sweat rates were lower, but participants drank less. A 1% body-weight loss is considered manageable and not likely to result in detrimental performance decline. My concern is that when people hike longer than 80 to 90 minutes in hot conditions that they will not bring enough fluid, resulting in larger body-weight losses.”

Overall, compared to moderate conditions, hot conditions significantly impaired hiking performance by 11%, reduced aerobic capacity by 7%, increased participants’ ratings of perceived exertion by 19% and elevated core temperature. On average, participants took about 20 minutes longer to complete the hike during hot conditions than during moderate conditions, which theoretically could exponentially increase the chance of developing heat-related illness.

“Heat slows you down,” Wardenaar explains. “This means that what you normally can hike in 75 minutes under moderate conditions may take up to 95 minutes in the heat. That is something that people should take into account, especially when their hike will substantially exceed the 90-minute cut-off.”

As is often the case, knowledge is power, and educating your clients about the importance of staying hydrated when temperatures are soaring may not only help them improve performance, but possibly even save their lives. Yet, as this research shows, even a relatively small amount of water lost through sweat can have a significant impact on aerobic and muscular endurance.

It’s also important to be well-hydrated before they even get out on the trail, Wardenaar says, and to avoid alcohol, as it can contribute to dehydration.