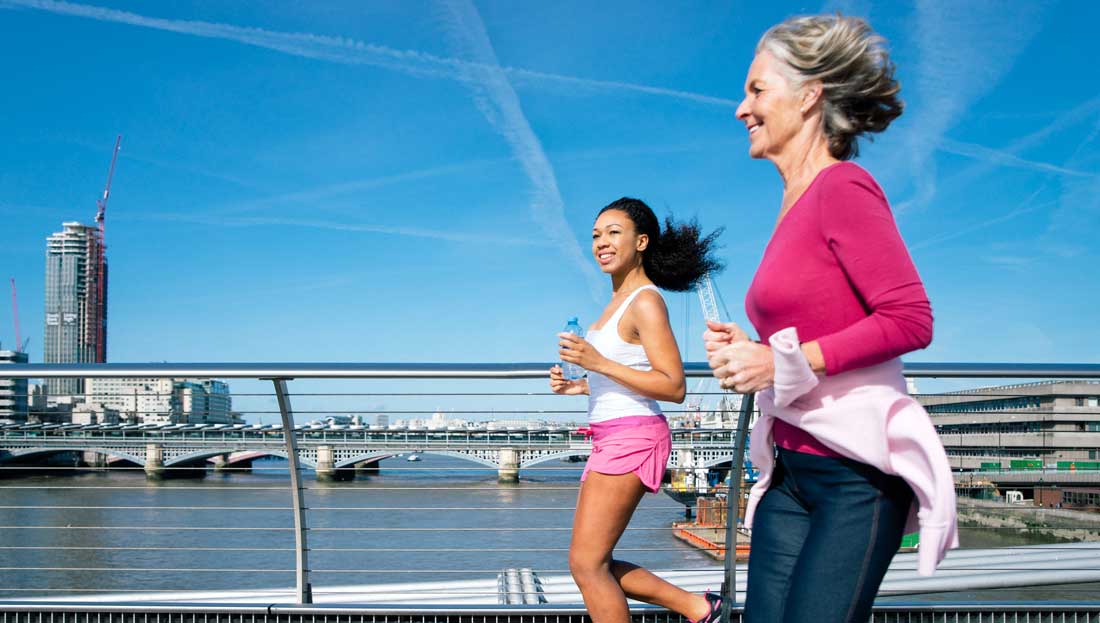 The question of whether or not there is a relationship between physical activity and menopause has gone unanswered for decades, with some studies suggesting that women who are very physically active may be at lower risk of menopause before the age of 45, while others have found evidence of the opposite effect. Active women everywhere, however, will be happy to learn that, according to the results of the largest study ever to investigate this question, the amount of physical activity that women undertake is not linked to their risk of early menopause.

The study, which was published in Human Reproduction, one of the world's leading reproductive medicine journals, analyzed data from 107,275 women, who were followed prospectively from the time they joined the Nurses' Health Study II in 1989 until 2011, and found no association between physical activity at any age and early natural menopause.

“Our study provides considerable information in helping us understand the relationship between activity and timing of menopause,” explains Dr. Elizabeth Bertone-Johnson, professor of Epidemiology at the University of Massachusetts and director of the study. “This is because of its size, its focus on early menopause specifically, and because of its prospective design, which limited the likelihood of bias and allowed us to look at physical activity at different time periods.”

When asked about the previous studies that have yielded conflicting results, Dr. Bertone-Johnson acknowledges that several previous well-designed studies actually linked physical activity with older age at menopause. “But even in those studies the size of the effect was very small. Our results, in conjunction with other studies, provides substantial evidence that physical activity is not importantly associated with early menopause,” she says.

Female American registered nurses ages 25 to 42 were enrolled in the Nurses’ Health Study II in 1989 and they completed questionnaires about lifestyles and medical conditions every two years thereafter. They were asked about the time they spent in recreational physical activities such as walking, running, cycling, racquet sports, swimming laps, aerobic activities, yoga, weight training and high-intensity activities. The researchers also collected information on factors such as race, ethnicity, age, education, height, the age when the women had their first periods, whether or not they had been pregnant and how often, use of oral contraceptives and hormone therapy, whether or not they smoked, weight and body mass index (BMI), diet and use of dietary supplements.

To assess the frequency, duration and intensity of the activities, the researchers multiplied the hours per week of each activity by its metabolic equivalent (MET) score to create total MET hours per week. One MET equals 1 kilogram calorie per kilogram per hour (kcal/kg/h), which is the amount of energy expended by sitting quietly for an hour.

During the 20 years of follow-up, 2,786 women experienced natural menopause before the age of 45. The researchers found no significant difference in the risk of early menopause between, for instance, women reporting less than three MET hours a week of physical activity and women reporting 42 or more hours a week (the equivalent to four or more hours of running or eight or more hours of brisk walking per week). The amount of physical activity that the women reported in their teenage years was also unrelated to the risk of early menopause.

“While our results do not suggest that more physical activity is associated with lower risk of early menopause,” says Mingfei Zhao, a graduate student at the University of Massachusetts and lead author of the study, “we would encourage premenopausal women to be physically active, as exercise is associated with a range of health benefits, such as a lower risk of heart disease, diabetes, breast cancer and other conditions. Our results in no way suggest that premenopausal women should not be physically active.”

Researchers are still investigating other factors that might play a role in women experiencing an early menopause.

What This Research Means to Health and Fitness Professionals

As a health and fitness professional, you undoubtedly are extremely active on a daily basis, whether you are working out on your own or leading classes. If you are a woman, you can feel confident that your physically active lifestyle is not only good for your life today, it is also unlikely to result in early menopause. And whether you are a man or a woman, this news will undoubtedly be reassuring to your female clients and participants, as well.

Remember, taking the time to inform your clients about the benefits of maintaining a physically active lifestyle throughout the lifespan can go a long way toward cementing their commitment to enjoying the benefits, not just for today or this particular time in their lives, but over the long-term.