Study: When it Comes to a Post-workout Snack, Choose Early 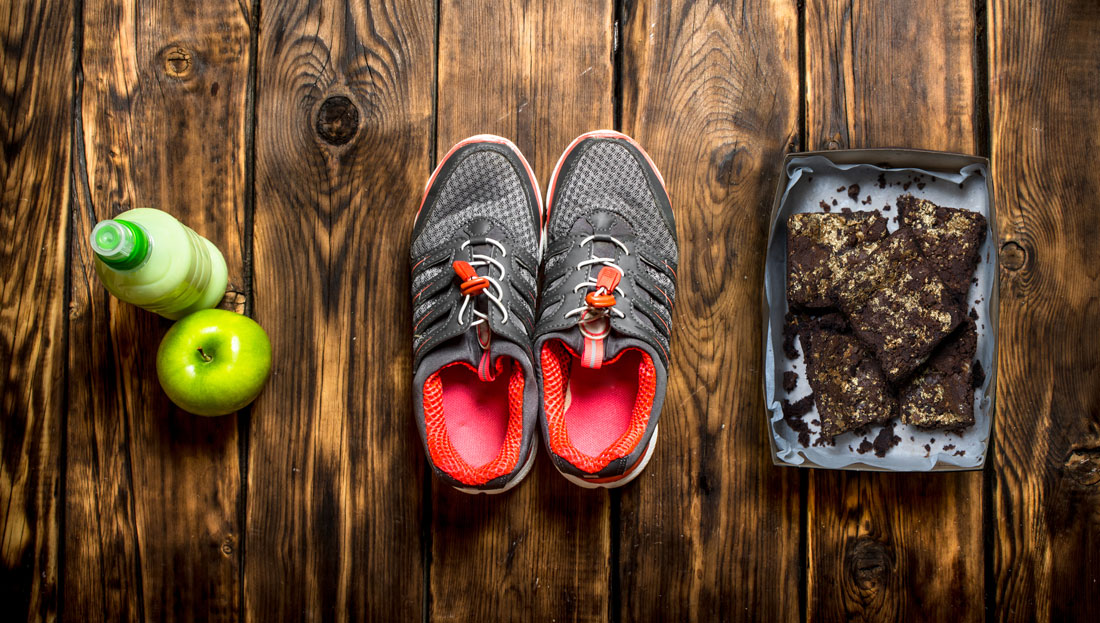 Your client just exercised for an hour, finishing with a sense of satisfaction after an exhilarating workout. Then comes a choice: munch on an apple or indulge in the chocolatey goodness of a brownie?

A post-exercise snack can threaten to undo the efforts of a workout. But the decision itself may depend on when a person makes it, according to a new study published in the journal Nutrients.

The takeaway? Avoiding delay can keep temptation at bay.

Dr. Karsten Koehler, Dr. Christopher Gustafson and their colleagues from the University of Nebraska-Lincoln conducted an experiment that asked two groups of participants to go about their normal workout routines while wearing motion-tracking accelerometers, supposedly to calibrate them.

Before exercising, members of one group decided whether they wanted an apple, brownie or no snack following the exercise session—an offer framed as a reward for calibrating the accelerometers. Members of the other group were presented with the same choice after they had already exercised.

Roughly 74% of participants who were asked prior to the workout session chose an apple, compared with 55% of those who were asked afterward—making the latter group about one-third less likely to favor the fruit. And whereas just 14% of the pre-exercise group selected the brownie, about 20% of the post-workout group decided to indulge.

The findings suggest that simply committing in advance to a post-exercise snack may increase the odds of eating more nutritiously, the researchers said.

“We found that there was very little research on this very tangible thing that I think everyone can relate to,” says Dr. Koehler, assistant professor in the Department of Nutrition and Health Sciences. “If your goal is to lose weight, then I would say our findings support that you’re better off making the choice not when you’re hungry after your workout, but instead before you go to the gym.”

That recommendation, and the data undergirding it, echoes broader research on the dynamics between timing and food choice. Prior studies have consistently shown that people are more willing to indulge when making immediate dietary decisions than when thinking ahead, explains Dr. Gustafson, an assistant professor in the Department of Agricultural Economics at the University of Nebraska-Lincoln.

“Our study conformed very closely to the ideas in behavioral economics about this present-biased preference (for unhealthier options),” Dr. Gustafson says. “Using solely that model, I would’ve predicted that people would be more likely to choose the healthy snack when choosing before they exercise.”

The study’s design also put two other theoretical models to the test. One, known as compensatory eating, suggests that people consume more calorie-dense food in the aftermath of exercise to make up for calories expended during a workout. Yet, the other model, exercise-induced anorexia, proposes that exercise can suppress appetite-related hormones and consequently lead people to eat less.

“There have been a lot of lab studies that have looked at appetite and hunger,” Dr. Koehler says. “Most of these studies have found that right after exercise, you seem to be less hungry. I’ve always looked at these studies and wondered: Does it have such a strong impact that you can use this window after you exercise to say, ‘Because I’m not hungry, I’m going to make a really good choice about what I eat’? But knowing myself and many other exercisers, there’s also the notion that after you exercise, you want to reward yourself.”

Despite the seeming contradiction, the team found indications of both. Though modest, the 6% increase in brownie choice between the pre- and post-exercise groups supported the notion of compensatory eating. And the evidence for exercise-induced anorexia was clear: The 12% fraction that declined a snack in the pre-exercise condition rose to 25% in the post-exercise group.

The researchers assert that plenty of questions remain. For example, did the rise in brownie choice stem more from the immediacy of the decision-making or the sway of compensatory eating? What differentiates those who exhibit compensatory eating vs. exercise-induced anorexia? And would a larger menu of options—one that better approximates a real-life scenario—alter the outcomes?

The answers may lie in more detailed experiments that Dr. Koehler, Dr. Gustafson and their colleagues are already busy conducting.

“We’re from two different academic backgrounds,” Dr. Gustafson explains, “and I think both of our fields have a perspective on the questions that we’re looking at.”

What Does the Research Mean to Health Coaches and Exercise Professionals?

As you undoubtedly remind your clients and participants, improving one’s health and well-being requires a holistic approach. All the exercise in the world can’t make up for a nutrient-poor diet, a chronic lack of sleep or persistently high stress levels. Learning how to manage all aspects of health and well-being is essential to living a healthy, happy life. In many cases, making a simple change—such as choosing a post-workout snack ahead of time that doesn’t negate the benefits of a workout—can have a surprisingly significant and positive impact.

Take the time to remind your clients that, as leadership expert John C. Maxwell once said, “Consistency compounds, just like money in the bank.” Choosing an apple over a brownie. Taking the stairs instead of the elevator. Walking around the block after dinner instead of plopping on the couch. More often than not, it’s the small decisions that we make each day that, over time, create the greatest impact.