Study: When Does Clean Eating Become an Unhealthy Obsession? 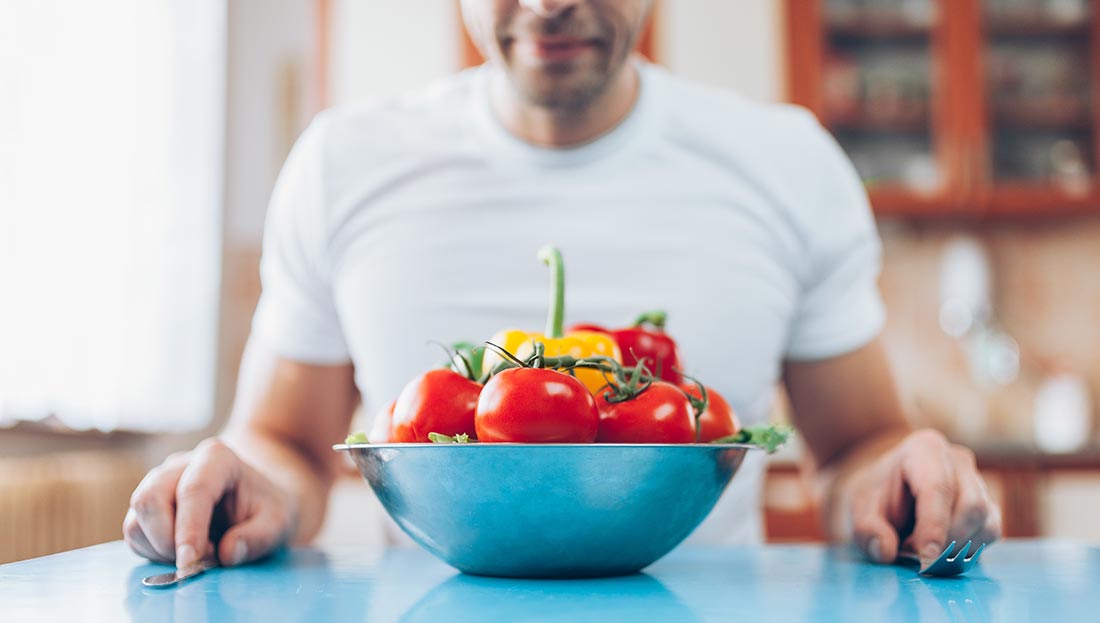 Researchers at York University’s Faculty of Health say those who have a history of an eating disorder, obsessive-compulsive traits, dieting, poor body image and a drive for thinness are more likely to develop a pathological obsession with healthy eating or consuming only healthy food, known as orthorexia nervosa (ON). Although eating healthy is an important part of a healthy lifestyle, for some people this preoccupation with healthy eating can become physically and socially impairing.

“The long-term impact of these findings is that they will lead to better recognition among healthcare providers as well as members of the public that so-called healthy eating can, in fact, be unhealthy,” explains Jennifer Mills, associate professor in the Department of Psychology and senior author on the study. “It can lead to malnourishment or make it very difficult to socialize with people in settings that involve eating. It can also be expensive and time-consuming.”

“When taken to the extreme, an obsession with clean eating can be a sign that the person is struggling to manage their mental health.”

Previous research has shown that unlike individuals with anorexia nervosa who restrict calories to maintain very low body weight, people who have orthorexia nervosa have a fixation with the quality of food eaten and its preparation rather than the number of calories.  Over time, they spend increasing amounts of time and effort purchasing, planning and preparing pure and healthy meals, which eventually becomes an all-consuming obsession that interferes with other areas of life and results in weight loss.

One of the main reasons for conducting this study was that current research on the condition is limited. Unlike other eating disorders, such as anorexia or bulimia, orthorexia is not recognized in standard psychiatric manuals for healthcare providers.

“It was surprising to me that the overwhelming majority of the articles in this field were of neutral-poor quality, indicating that the results of these studies must be interpreted with caution,” says Sarah McComb, a master’s student in Mills’ lab and first author of the study. “It really suggests a call for more valid measurement tools of orthorexia, so that more reliable conclusions can be drawn about the true prevalence of orthorexia in the population and which psychosocial factors really put a person at risk for developing orthorexia nervosa.”

As a health and exercise professional, you may have considerable insight into the health-related behaviors of your clients, including their eating habits. While much of your efforts are likely focused on helping clients improve those habits, some of your clients may take an extreme approach, which ultimately may lead to diminished—rather than enhanced—overall health and well-being. So, how can you tell the difference between a highly disciplined client and one who may be taking things too far?

Researchers found the literature consistently showed that those who have obsessive-compulsive traits, depression and a previous eating disorder, and/or are preoccupied with their appearance and body image, are more likely to be at risk for developing the condition. Other eating habits such as being a vegetarian or vegan also put individuals at higher risk for developing orthorexia nervosa. Lacto-vegetarians were at highest risk for the condition and people who are on a strict eating schedule, spending large amounts of time preparing meals, were also at greater risk.

“In our research, we found equal rates of men and women who struggle with symptoms of orthorexia nervosa,” said Mills. “We still think of eating disorders as being a problem that affects mostly young women. Because of that assumption, the symptoms and negative consequences of orthorexia nervosa can fly under the radar and not be noticed or taken seriously.”

Social and cultural factors outside of the individual:

Of course, it is beyond your scope of practice as a health and exercise professional to diagnose or treat an eating disorder, but that doesn’t mean there aren’t steps you can take to help reduce your clients’ risk of disordered eating behaviors.

“The most impactful thing a health and exercise professional can do to reduce their clients’ risk of disordered eating behaviors is to follow the Dietary Guidelines for Americans set forth by the Academy of Nutrition and Dietetics when talking to clients about food,” argues Liz Fusco, MS, RDN, sports dietitian for USRowing and a consultant to the U.S. Olympic Committee. “The guidelines emphasize healthy meal patterns rather than eliminating ‘bad’ foods or hitting macronutrient numbers, which can help clients eat more mindfully and with less guilt and anxiety.

Fusco also recommends focusing on promoting healthy movement rather than “working off” food or losing a certain amount of weight in a certain number of weeks. “This is another simple way to shift the rhetoric around food and exercise from something you can pass or fail to something that is healthy and positive,” she says.

Additionally, Fusco urges health and exercise professionals to recognize that disordered eating and exercise behaviors are not gender-specific and occur on a spectrum of severity even within the same person. “Rather than confront clients,” urges Fusco, “seek a multidisciplinary approach whenever possible by reaching out to other providers (such as a physician, dietitian, psychologist, etc.) or suggesting that your clients do so to both ensure they get the care they need and to reduce you and your employer’s liability risk.”