Study: How Many Calories You Burn Depends on the Time of Day 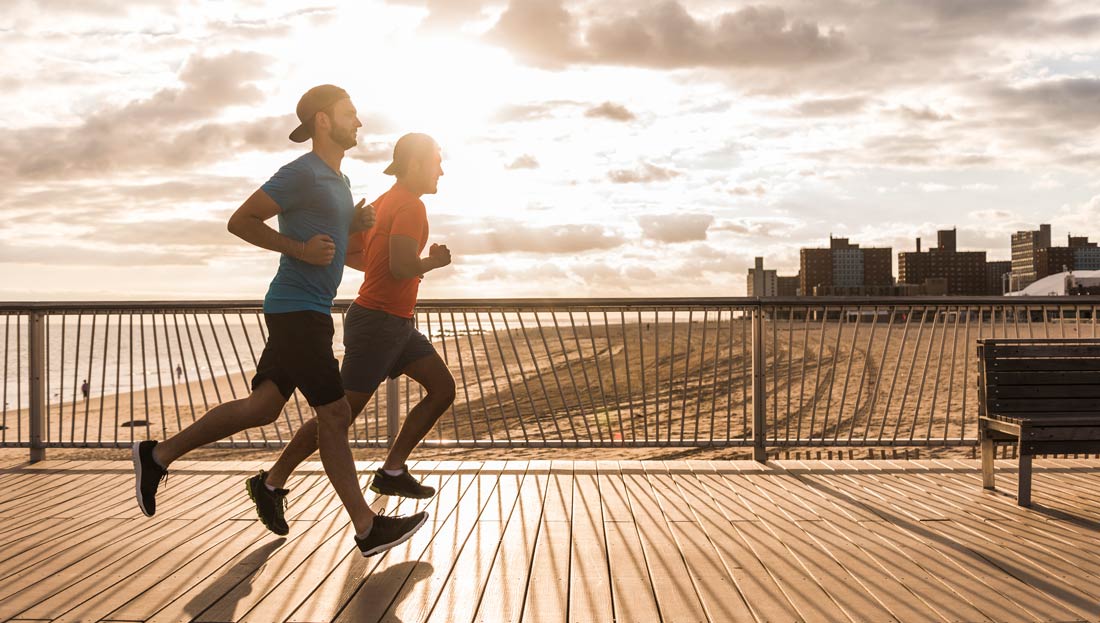 The results of a new study suggest that the number of calories people burn while at rest changes with the time of day. When at rest, people burn 10% more calories in the late afternoon and early evening than in the early morning hours.

The findings, published in Current Biology, reinforce the important role of the circadian clock in governing metabolism. They also help to explain why irregularities in eating and sleeping schedules due to shift work or other factors may make people more likely to gain weight.

To determine changes in metabolism over the course of the day apart from the effects of activity, sleep-wake cycle and diet, the researchers studied seven people in a special laboratory without any clues about what time it was outside. There were no clocks, windows, phones or Internet. Study participants had assigned times to go to bed and wake up. Each night, those times were adjusted four hours later, the equivalent of traveling westward across four time zones each day for three weeks.

“Because they were doing the equivalent of circling the globe every week, their bodies’ internal clocks could not keep up, and so they oscillated at their own pace,” explains co-author Dr. Jeanne Duffy, also in the Division of Sleep and Circadian Disorders at Brigham and Women’s Hospital. “This allowed us to measure metabolic rate at all different biological times of day.”

The researchers found that participants’ respiratory quotient, which reflects macronutrient utilization, varies by circadian phase, too. This measure was lowest in the evening and highest in the biological morning.

The findings offer the first characterization of a circadian profile in fasted resting energy expenditure and fasted respiratory quotient, decoupled from the effects of activity, sleep-wake cycle and diet in humans, the researchers say.

“It is not only what we eat, but when we eat—and rest—that impacts how much energy we burn or store as fat," Duffy says. “Regularity of habits such as eating and sleeping is very important to overall health.”

Duffy, Zitting and their colleagues next will look at how appetite and the body’s response to food varies with the time of day. They are also exploring how the timing, duration and regularity of sleep influences those responses.

Knowledge is power. And the knowledge you share with your clients is essential for their successful journey to better health and wellness. One of the greatest gifts you can give your clients is to help them learn how to tune into their own bodies, to be able to listen and respond to what their bodies need, whether that’s a challenging workout or a day of rest. Recognizing that the time of day can affect things like calorie burn and macronutrient utilization can help direct everyday decisions, such as when to exercise and what foods to consume and when.

This study, which was admittedly small and will likely prompt larger studies, is a great reminder that, just as there is no one-size-fits-all program or formula for getting in shape or living more healthfully, there is incredible variability in how each individual’s body acts and responds throughout the day. The idea that how many calories are burned while at rest varies according to the time of day reinforces the idea that how an individual responds to activity can be affected by factors beyond his or her control.

For example, many of your clients likely thrive by scheduling their workouts and sessions with you first thing in the morning—they get it done and are less likely to skip out because other demands of the day take over. Conversely, there are others who simply can’t get moving in the morning and feel better exercising in the afternoon. For these folks, morning exercise feels less enjoyable, which means they are less likely to do it (and may even skip out on your scheduled sessions). Avoid urging your clients to “gut it out” and continue to exercise at times of day that don’t feel in alignment with their circadian clocks. Instead, help these clients to integrate their activities into their schedules at times that feel most appropriate to them, as opposed to when they feel they are “supposed” to do it.