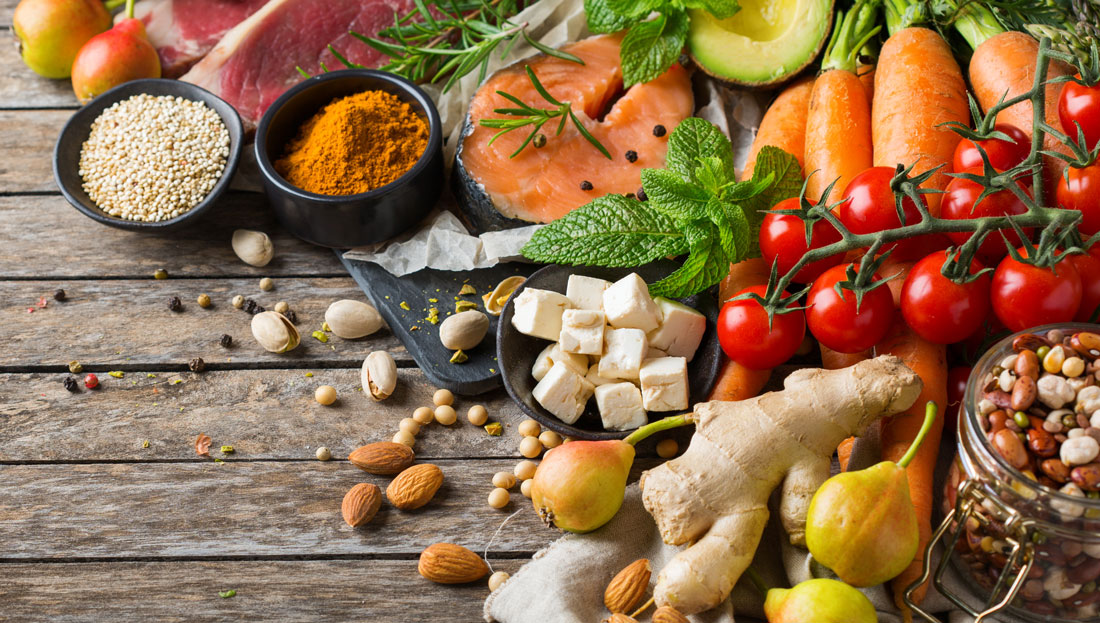 Following the Mediterranean Diet for a year boosts the types of gut bacteria linked to “healthy” aging, while reducing those associated with harmful inflammation in older people, indicates a five-country study, published online in the journal Gut.

The Mediterranean Diet is characterized by increased consumption of vegetables, legumes, fruits, nuts, olive oil and fish and low consumption of red meat and dairy products and saturated fats. Among the benefits linked to following this diet are reduced mortality and incidences of several diseases, increased antioxidant activity and reduced inflammation. Additionally, several studies have shown that increased adherence to a Mediterranean diet is associated with reduced frailty.

As aging is associated with deteriorating bodily functions and increasing inflammation, both of which herald the onset of frailty, researchers believe this diet might act on gut bacteria in such a way as to help curb the advance of physical frailty and cognitive decline in older age.

Previous research suggests that a poor/restrictive diet, which is common among older people, particularly those in long-term residential care, reduces the range and types of bacteria (microbiome) found in the gut and helps to speed up the onset of frailty.

For this study, researchers wanted to see if following the Mediterranean Diet might maintain the microbiome in older people’s guts and promote the retention or even proliferation of bacteria associated with healthy aging.

Researchers analyzed the gut microbiome of 612 people, age 65 to 79, before and after 12 months of either eating their usual diet (289 participants) or the Mediterranean Diet (323 participants), which was specially tailored to older people (a strategy called the NU-AGE diet).

The participants included 28 individuals who were considered frail and 151 considered to be on the verge of frailty (the remaining 433 were not frail). Participants lived in five different countries: France, Italy, Netherlands, Poland and the United Kingdom.

Researchers found that participants who followed the Mediterranean Diet for 12 months experienced beneficial changes to the gut microbiome. Additionally, the diet was associated with stemming the loss of bacterial diversity; an increase in the types of bacteria previously associated with several indicators of reduced frailty, such as walking speed and hand-grip strength, and improved brain function, such as memory; and with reduced production of potentially harmful inflammatory chemicals.

More detailed analysis revealed that the microbiome changes were associated with an increase in bacteria known to produce beneficial short-chain fatty acids and a decrease in bacteria involved in producing particular bile acids. The overproduction of bile acids has been linked to a heightened risk of bowel cancer, insulin resistance, fatty liver and cell damage.

Additionally, researchers found that the bacteria that proliferated in response to the Mediterranean Diet acted as “keystone” species, meaning they were critical for a stable “gut ecosystem,” pushing out those microbes associated with indicators of frailty.

The findings were independent of the person's age or weight (body mass index), both of which influence the make-up of the microbiome. And the changes, say researchers, were largely driven by an increase in dietary fiber and associated vitamins and minerals; specifically, C, B6, B9, copper, potassium, iron, manganese and magnesium.

And while there were some differences in the make-up of a person's gut microbiome, depending on country of origin to start with, the response to the Mediterranean Diet after 12 months was similar and consistent, irrespective of nationality.

However, the study findings cannot establish a causative role for the microbiome in health. “The interplay of diet, microbiome and host health is a complex phenomenon influenced by several factors,” write study authors, which included an international team of researchers from across Europe. “While the results of this study shed light on some of the rules of this three-way interplay, several factors such as age, body mass index, disease status and initial dietary patterns may play a key role in determining the extent of success of these interactions."

Older people may have dental problems and/or difficulty swallowing, so it may be impractical for them to eat a Mediterranean Diet, they add. But the beneficial bacteria implicated in healthy ageing found in this study might yet prove useful therapeutic agents to ward off frailty.

Just as exercise helps older adults maintain their independence by enhancing mobility and making activities of daily living easier to perform, a healthy diet can positively impact overall health and well-being. As this study suggests, following a Mediterranean Diet may enhance gut health, which, in turn, enhances overall health and promotes healthy aging.

Of course, older adults aren’t the only ones who can benefit from following a nutrient-rich, minimally processed diet. Although it is beyond your scope of practice to recommend specific meal plans, when urging your clients to follow the tenets of a Mediterranean diet—more vegetables, legumes, fruits, nuts, olive oil and fish and less red meat and dairy products—it is a good idea to make clients aware of studies such as these that demonstrate the numerous health benefits that come from making healthy food choices. The Mediterranean Diet provides a great framework for individuals who want to improve the overall quality of their dietary habits. 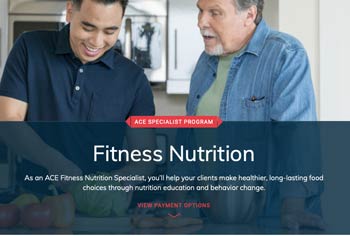 The ACE Fitness Nutrition Specialist Program is designed for health and exercise professionals who want to gain a deeper understanding of nutrition, learn how to help clients implement healthy food choices into their daily routine and understand how to address special nutritional needs for different types of clients, from those simply looking to get healthier to competitive athletes. You’ll learn how to guide clients in selecting fresh, nutrient-dense foods, and couple this knowledge with behavior-change strategies that will help your clients turn smart choices into long-term habits. 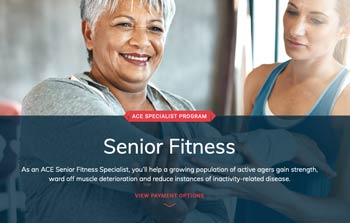 This program covers a wide variety of topics to prepare you to safely and effectively work with older adults, and to understand the role fitness plays in the lives of this clientele. You will learn how exercise is central to restoring or maintaining functional independence and health in older adults, as well as how to work with clients both at the gym and in their home. In addition, you will find out how to design programs that meet the needs of individual clients, from physically active older adults to older seniors with specific movement needs. The program also covers comprehensive exercise progressions for core, balance, lower- and upper-body strength, whole-body movements and effective stretching. 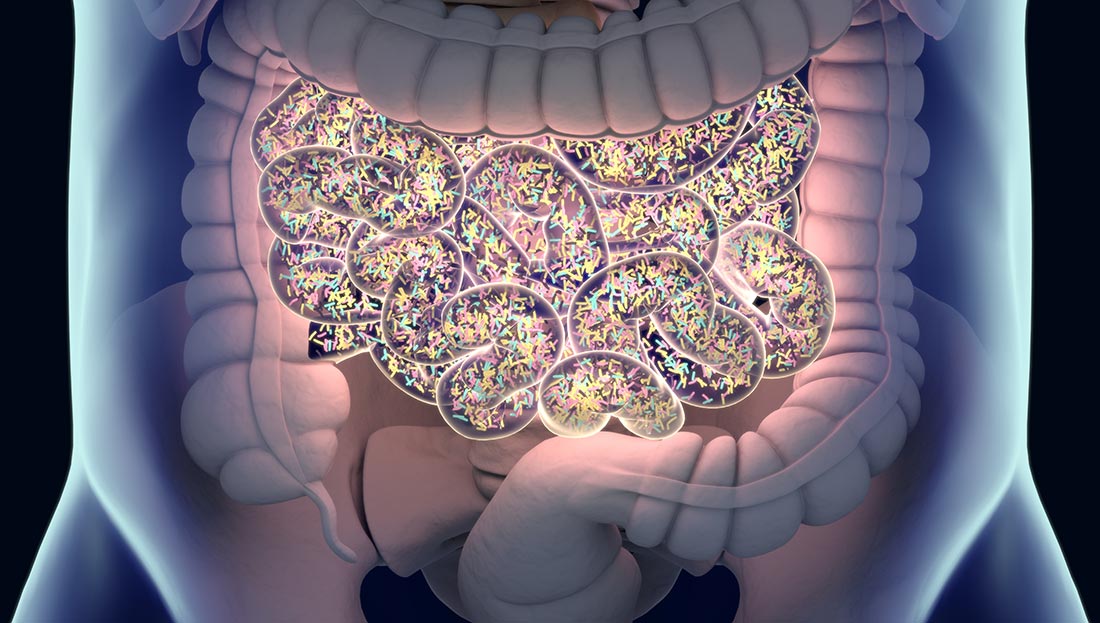 The Link Between Exercise and a Healthy Gut

Microscopic gut bacteria and the gut microbiome have been getting a lot of attention lately, but because this is a growing area of research, it can be challenging to understand the science or know how to separate the hype from the reality. This article examines why cardiorespiratory exercise is important for gut health and how to optimally help your clients improve their gut microbiota, regardless of where their starting point might be.