Study: What Does One Drink a Day Do to Your Brain? 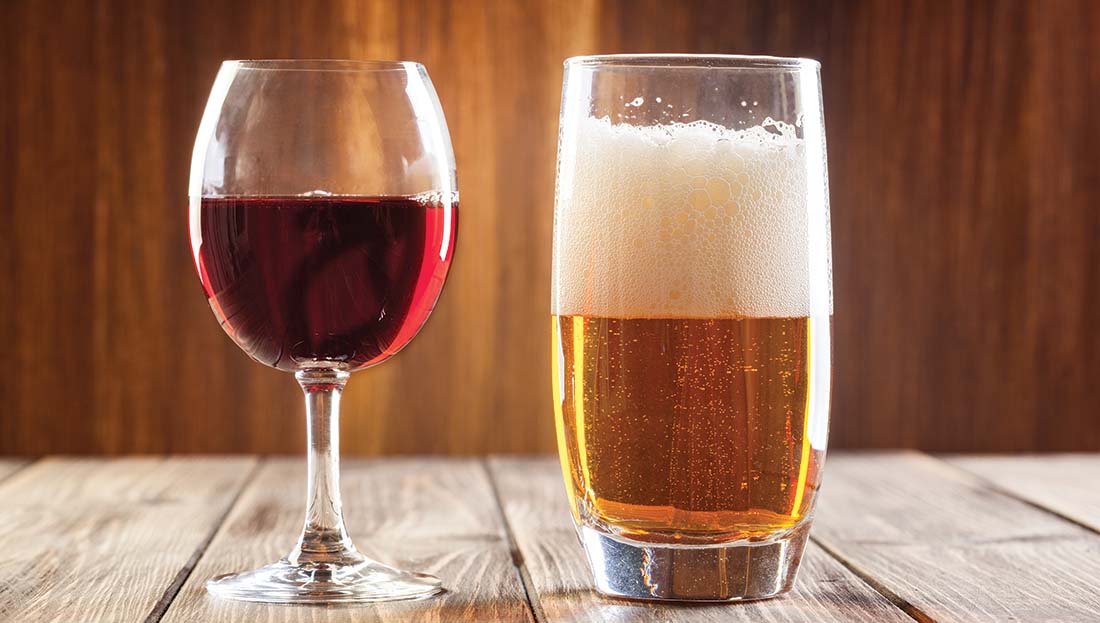 New research, using a dataset of more than 36,000 adults, revealed that going from one to two alcoholic drinks a day was associated with changes in the brain that were equivalent to aging two years, and heavier drinking was linked with an even greater toll.

Both empirical and anecdotal evidence suggest that many people have been drinking more alcohol since the onset of the pandemic. For example, a study conducted by the Rand Corporation in late 2020 showed that the frequency of alcohol consumption in the United States rose 14% compared to before the pandemic. Women, in particular, reported more heavy drinking days than before the pandemic, an increase that equated to one additional day of drinking for one in five women.

A wide range of causes have been cited for this increase, including higher levels of stress due to isolation, anxiety and job loss. The science on heavy drinking and the brain, however, is clear: The two don’t have a healthy relationship. People who drink heavily have alterations in brain structure and size that are associated with cognitive impairments.

But, according to a new study, alcohol consumption even at levels most would consider modest—a few beers or glasses of wine a week—may also carry risks to the brain. An analysis of data from more than 36,000 adults, led by a team from the University of Pennsylvania, found that light-to-moderate alcohol consumption was associated with reductions in overall brain volume.

The link grew stronger as the level of alcohol consumption increased, the researchers showed. For example, as average drinking among 50-year-olds increases from one alcohol unit (about half a can of beer) a day to two units (a pint or full can of beer or a glass of wine), researchers found associated changes in the brain that were equivalent to aging two years. Going from two to three alcohol units at the same age was like aging three-and-a-half years. The team reported their findings in the journal Nature Communications.

“The fact that we have such a large sample size allows us to find subtle patterns, even between drinking the equivalent of half a beer and one beer a day,” says Gideon Nave, a corresponding author on the study and faculty member at Penn’s Wharton School.

“These findings contrast with scientific and governmental guidelines on safe drinking limits,” says coresearcher Henry Kranzler, who directs the Penn Center for Studies of Addiction. “For example, although the National Institute on Alcohol Abuse and Alcoholism recommends that women consume an average of no more than one drink per day, recommended limits for men are twice that, an amount that exceeds the consumption level associated in the study with decreased brain volume.”

Ample research has examined the link between drinking alcohol and brain health, with ambiguous results. While strong evidence exists that heavy drinking causes changes in brain structure, including strong reductions in gray and white matter across the brain, other studies have suggested that moderate levels of alcohol consumption may not have an impact, or even that light drinking could benefit the brain in older adults.

These earlier investigations, however, lacked the power of large datasets. Probing massive quantities of data for patterns is the specialty of Nave and his colleagues, who have conducted previous studies using the UK Biobank, a dataset with genetic and medical information from half a million British middle-aged and older adults. They employed biomedical data from this resource in the current study, specifically looking at brain MRIs from more than 36,000 adults in the Biobank, which can be used to calculate white and gray matter volume in different regions of the brain.

“Having this dataset is like having a microscope or a telescope with a more powerful lens,” Nave says. “You get a better resolution and start seeing patterns and associations you couldn’t before.”

To gain an understanding of possible connections between drinking and the brain, it was critical to control for confounding variables that could cloud the relationship. The team controlled for age, height, handedness, sex, body mass index (BMI), smoking status, socioeconomic status, genetic ancestry and county of residence. They also corrected the brain-volume data for overall head size.

The volunteer participants in the Biobank had responded to survey questions about their alcohol consumption levels, from complete abstention to an average of four or more alcohol units a day. When the researchers grouped the participants by average-consumption levels, a small but apparent pattern emerged: The gray and white matter volume that might otherwise be predicted by the individual’s other characteristics was reduced as consumption levels increased.

Going from zero to one alcohol unit didn’t make much of a difference in brain volume, but going from one to two or two to three units a day was associated with reductions in both gray and white matter.

“It’s not linear,” says co-corresponding author Remi Daviet, now at the University of Wisconsin-Madison. “It gets worse the more you drink.”

Even removing the heavy drinkers from the analyses, the associations remained. The lower brain volume was not localized to any one brain region, the scientists found.

To give a sense of the impact, the researchers compared the reductions in brain size linked with drinking to those that occur with aging. Based on their modeling, each additional alcohol unit consumed per day was reflected in a greater aging effect in the brain. While going from zero to a daily average of one alcohol unit was associated with the equivalent of a half a year of aging, the difference between zero and four drinks was more than 10 years of aging.

In future work, the authors hope to tap the UK Biobank and other large datasets to help answer additional questions related to alcohol use. “This study looked at average consumption, but we’re curious whether drinking one can of beer a day is better than drinking none during the week and then seven on the weekend,” Nave says. “There’s some evidence that binge drinking is worse for the brain, but we haven’t looked closely at that yet.”

They’d also like to be able to pin down causation more definitively rather than correlation, which may be possible with new longitudinal biomedical datasets that are following young people as they age.

“We may be able to look at these effects over time and, along with genetics, tease apart causal relationships,” Nave says.

With higher levels of alcohol being consumed, it isn’t surprising that many people are reevaluating their alcohol consumption, particularly as we begin to emerge from the pandemic. As a result, many of your clients may be asking you questions about alcohol and how it may or may not fit into a healthy lifestyle. While it is outside your scope of practice to make specific recommendations, at a minimum you can point them to resources like the Dietary Guidelines for Americans, which urges people to drink in moderation by limiting intake to two drinks or less per day for men or one drink or less per day for women, on days when alcohol is consumed.

Even though it is outside the scope of practice for you to determine if a client is drinking too much alcohol or if alcohol consumption is negatively impacting their health, in some cases it may be appropriate to further explore their relationship with alcohol and to ask questions that will help them better understand if alcohol consumption is disrupting their health-related behavior change plan. Clients who are unsure if their alcohol consumption is negatively impacting their life can use the short inventory of problems (SIP) form (available at this link) to reflect on their own behaviors and the impact of drinking on their daily life.

You can also share research findings such as this study, which suggest that limiting alcohol intake further may offer greater health benefits, particularly for the brain.

“There is some evidence that the effect of drinking on the brain is exponential,” says Daviet. “So, one additional drink in a day could have more of an impact than any of the previous drinks that day. That means that cutting back on that final drink of the night might have a big effect in terms of brain aging.”