What Labels Are Stuck to Your Clients? 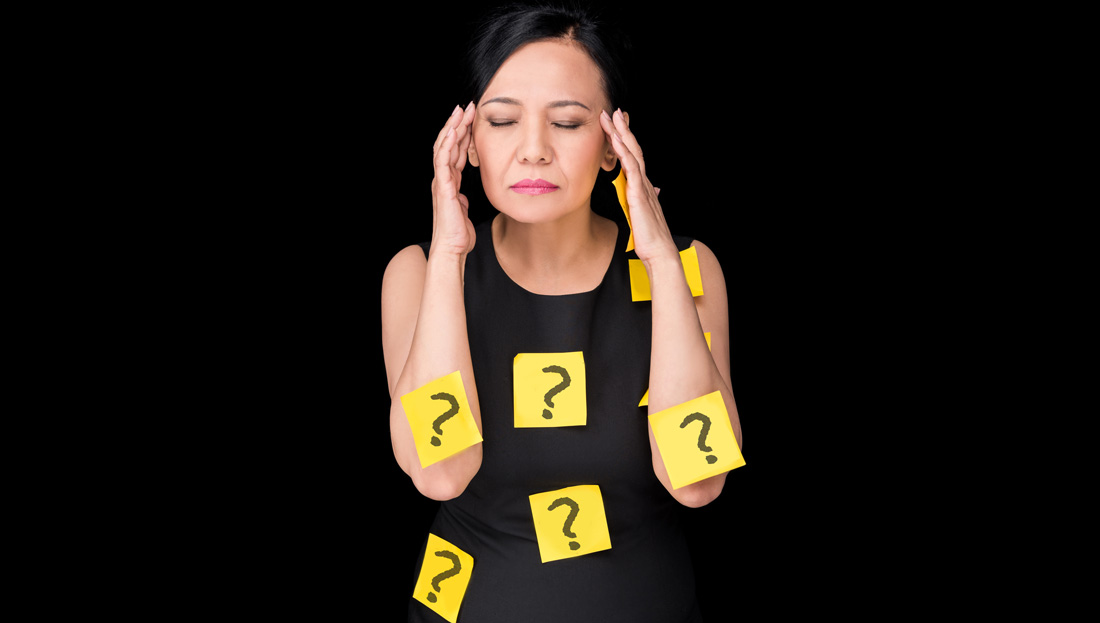 A few years ago, I taught a workshop to women on labels—labels that we take on and make part of our identities.

After discussing types of labels, where they come from, and how they affect our behavior and choices, I asked the women to think about their own labels. These labels might include, “I’m just fat and lazy,” “I’ll never be a success,” or “I’m stupid…”

Next, I asked them to write these beliefs and labels onto sticky labels. They just sat there, staring down at the table.

I realized that asking them to physically display what was in their heads made it more real. It also brought with it all kinds of feelings, including shame and embarrassment. I quickly assured them that no one was watching what they were writing and that this was a safe, non-judgmental space.

Next, I asked the women to take the labels and stick them to themselves. Again, there was hesitation, and again, I assured them no one was looking.

The result was unexpected.

As these women were sticking the labels to themselves, I watched them physically “shrink” in their chairs. Their posture rounded forward, heads bowed down some—they looked sad and even a bit distressed.

“How are you feeling right now?” I asked, surprised by the physical response.

“Heavy,” said one woman. The entire room nodded in agreement.

“Just awful,” said another, “and, yeah, heavy and burdensome.”

I explained to them that this is the “baggage” they’ve been carrying around inside their heads for most of their lives—and it is heavy and holding them back.

Note: Be sure to check out the video at the end of this article in which the author explains how to do this sticky-note exercise with your clients.

Where Do Our Labels Come From?

“Labels originate from our parents, school, society and ourselves,” says Karen Delano, a certified Transformational Health and Life Coach. “Even personality tests label us.”

Delano explains that some labels come from criticism, but others are well-intentioned. “Parents may assign roles to their children as a way to point out their strengths. For example, ‘Tom’s the athletic one and Patty’s our bookworm.’ Other times, they’re used as a misguided way to motivate, like, ‘You’re so lazy—just go outside and play!’”

“The messages that get conveyed to children in these shaming practices are stored in the implicit memory and, over time, result in the explicit labels we believe to be true,” explains Patti Ashley, PhD, LPC, author of several books, including Shame-Informed Therapy: Treatment Strategies to Overcome Core Shame and Reconstruct the Authentic Self.

Prior to age seven, explains Ashley, children can’t really distinguish fantasy from reality. “All of the things that are said to children early on are literally absorbed into the psyche as truth. These made-up beliefs override cognitive thought and create dissonance from the authentic self. Believing the labels as true greatly influences self-esteem and the ability to feel worthy of love and belonging.”

Ashley continues: “As a child’s language begins to develop, the left brain constructs a narrative, or story, of what is happening in the nonverbal right brain, attempting to integrate the prosodic and interpersonal elements that were set up early on. This story forms a sense of self, weaving together the child’s internal and external experiences.”

As an example, says Ashley, if a child is told that they will never amount to anything, they may develop a belief (their “story”) that they’re worthless and a disappointment. As a result, they may repeatedly fail at tasks given to them—or conversely, overachieve, in an attempt to never make a mistake (i.e., perfectionism).

As Delano mentioned, these labels don’t just come from parents. “As children continue to grow past those early years, the messages they receive from others, such as teachers and peers, continue to influence the narratives that were set up early on,” confirms Ashley.

Medical or mental health diagnoses can also influence one’s identity, points out Ashley. “For instance, someone might say, ‘I am bi-polar,’ rather than, “I have bi-polar.’ Individuals begin to define their sense of self this way and can’t separate the label from that belief.”

Consequences of Our Stories and How to Release Them

Let’s say one of your labels is “I am lazy.” Because this is a belief that lies in your brain, your brain will consequently continually look for evidence of your laziness to add to and confirm your story.

“Because these labels live mostly in the subconscious, they are difficult to access,” explains Ashley. “There is an unconscious repetition of the patterns, and very little conscious acknowledgment that what is familiar could actually be learned from family liars. Even though a parent may have the best intentions to raise healthy children, these unconscious patterns continue through generations until brought into the light of consciousness.”

“Labels filter how we experience the world, see and feel about ourselves, and can become how we define ourselves and part of our identity,” says Delano. “Any label can be limiting if it excludes you from other possibilities beyond that label and prevents growth. In that way, labels represent a fixed mindset, because when we believe it’s inherent, we won’t try to change.”

Robyn Morrison, a certified Transformational Health and Life Coach, agrees. “The consequence of [taking on labels] is living a life that’s defined by them. We create a life that’s only as big as our labels will allow. Every time you set a goal, try something new, or even try to make a tiny change, a little voice inside your head says, ‘No, you can’t do this, because of…insert label’.”

“The most dangerous consequence of these stories or labels,” adds Ashley, “is the development of an inability to separate the deed from the doer, resulting in a negative core shame self-identity.”

For example, shame researcher Brené Brown differentiates shame from guilt. Whereas guilt says the deed itself might have been bad, shame makes the deed a part of one’s identity. For example: “I am a liar” (shame) versus “I lied” (guilt).

Delano also recommends labeling behavior and not your client. “For example, rather than ask, ‘Are you tired?’ try asking, ‘Are you feeling tired?’ It seems really small and simple, but we can help clients get a little bit of space from their label.

“We also want them to pay attention to how they’re feeling and staying in the present moment, rather than in the perception of past labels. If someone has always said, ‘I’m tired,’ they come to think of themselves as a tired person and behave accordingly. Yet, if you are feeling tired and understand that feelings often change, and come and go, you can feel tired now and have energy later.”

Your clients’ words aren’t the only ones that matter. Yours do, too! For instance, slapping an “obesity” label on someone can either cause them to take that on as their identity (if they haven’t already), or reinforce the label. This, in turn, may make it more difficult for them to shed that belief. Instead, you could say something like, “You’re simply living in a larger body right now…” This removes both the label—obesity—and the judgement and resulting shame that often come with it.

How do you change unconscious beliefs? The first step, says Ashley, is by bringing curiosity into the room and inquiring about your clients’ beliefs—such as ‘I am so stupid’—by saying something like, ‘What evidence do you have that you are stupid?’ Then bring in compassion and connection to help them find ways to see their intelligence in other ways.”

Delano likes to use this method, as well. “Let’s say a client tells you that they’re not a healthy eater. You can counter this by asking, ‘Really? Is this true?’ Maybe they come back with, ‘Yes, this is true.’ You can then ask, ‘Okay, so you’ve never eaten anything healthy?’ They will likely answer with something healthy they’ve eaten. Encourage them to consider what might be a more useful thing to say to get the results they want.”

“Help your clients create a list of their strengths or parts of themselves they admire,” suggests Morrison. “Once you have this list, your client can develop a mantra—a phrase that they repeat over and over, such as ‘I am strong, I am brave, I am confident’—which can help with changing mindset [through neuroplasticity].”

Whatever words you place after “I am” will influence your choices and behavior. As a health and exercise professional, you can help your clients become aware of the labels they have taken on as part of their identity. With simple exercises, such as challenging their labels by finding evidence to the contrary and helping them overwrite old beliefs and labels with “I am” mantras (a.k.a. self-declarations or affirmations), you can help them go from simply being aware of the labels to shedding them and thus help catapult them toward success.