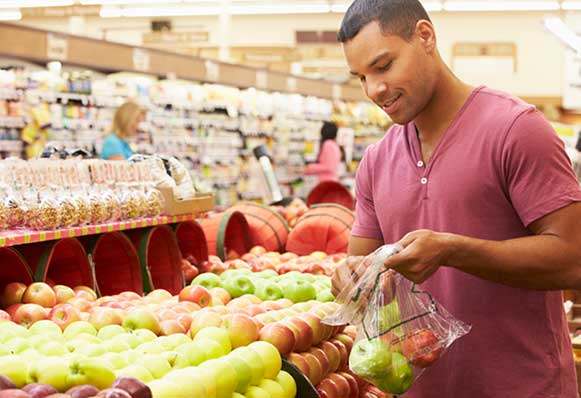 For many health-conscious people, it’s just not enough that food tastes good—it has to be good for you as well. The concept of functional foods—which the Mayo Clinic defines as foods that have a potentially positive effect on health beyond basic nutrition—has exploded in the past several years as a growing body of research demonstrates the potential power of food to influence everything from autoimmune diseases to how well a child performs in school.

Interestingly, the United States is the world's largest functional food market with sales of $43.9 billion in 2012, which was an increase of 6.9 percent over 2011, according to a Nutrition Business Journal survey. The Institute of Food Technologists (IFT) is a non-profit scientific society comprised of food scientists, technologists and related professionals from academia, government and industry. A. Elizabeth Sloan, contributing editor to IFT’s Food Technology magazine, gathered data from a wide range of industry sources and developed a list of the top 10 functional food trends. Here are the top picks for 2014:

Specialty Nutritionals. Consumers who once relied heavily on nutritional supplements are switching to fortified and functional foods instead. Nearly nine in 10 adults made a strong effort to consume more nutrients, vitamins, minerals and herbs/botanicals, and to include more fish/oil/omega-3s in their diets. Maintaining a healthy digestive system and immune health also are top health priorities and probiotics will play a key role in 2014.

Hispanic Health. The U.S. Hispanic population (an estimated 52 million people) spent nearly $7 billion on functional foods in 2012 and $9.4 billion on natural/organic foods/drinks. Hispanics are also the number one users of energy drinks/shots, sports beverages and 100 percent juice/juice drinks. Hispanics are about twice as likely as the general population to spend whatever it takes to look younger and are often the first to try a new health food, nutritional product or diet.

The Protein Evolution. The protein market is still going strong—57 percent of consumers, particularly those between the ages of 18 and 34 and over the age of 65—regularly seek out protein sources. These consumers want to consume more protein to maintain healthy bones/joints, strengthen immune systems and build muscle strength/tone while maintaining energy throughout the day.

Kid-specific. Almost half of America’s 32 million moms who say they always buy health foods/drinks for their kids are looking for a wider range of healthy, convenient, kid-friendly foods and drinks with nutrient and calorie levels specific to kids. Research shows 44 percent of children under the age of 12 consume organic foods and drinks at least once a week. Interestingly, moms are less likely to seek out organic as their children age.

Pharma Foods. Eight in 10 consumers believe that functional foods can help prevent or delay the onset of heart disease, hypertension, osteoporosis and type 2 diabetes, while six in 10 associate it with benefits linked to age-related memory loss, cancer and Alzheimer’s disease. Last year, 56 percent of consumers bought foods or beverages that targeted a specific condition; cholesterol-lowering foods and drinks were the most purchased condition-specific food or drink.

Alternatives. Eighty percent of households now eat meatless meals for dinner on occasion. Eggs are the most popular alternative followed by beans/lentils/legumes. Dairy-free milks including soy, rice and almond, ranked fifth and coconut water ranked eighth among the most popular nonalcoholic beverage trends in restaurants for 2014.

Performance Nutrition. Nearly six in 10 adults used a sports nutrition product in 2012 and the combined consumer sales of sports nutrition supplements, nutrition bars and energy drinks topped $24 billion in 2012. Kids play a major role in this category: three-quarters of kids between the ages of six and 11 and 71 percent of teens ages 12 to 17 report use sports drinks. Half of those who consume protein drinks believe they help them perform better during exercise.

Weighing In. Weight-loss-focused consumers are starting to avoid the deprivation-style diet campaigns and instead simply eat healthier while adding specific real-food components and nutrients to their diets. Whole grains, fiber and vitamin D topped the list of ingredients that two-thirds of those trying to manage their weight added to their diets; others added more calcium, protein, antioxidants or omega 3/fish oil. Significantly, an estimated 60 percent of adults believe that protein works for weight loss, and one-third believe protein boosts metabolism and aids in fat burning.

Gen Zen. Today’s Millennials between the ages of 14 and 33 view their food choices as healthier, more expensive, more natural/organic, less processed, better tasting and fresh. Millennials are also the most likely to believe that functional foods/beverages can be used in place of some medicines to relieve tiredness/lack of energy, retain mental sharpness with aging, stress and eye health. Millennials and Gen Xers are more likely than their elders to read nutrition labels for calories, vitamins/minerals, serving size and protein. They also drink a wider range of beverages than other generations, including ready-to-drink coffees and sparkling drinks.