A F.I.T.T. Formula for Sitting? How to Help Your Clients Reduce Sedentary Time and Improve Their Health 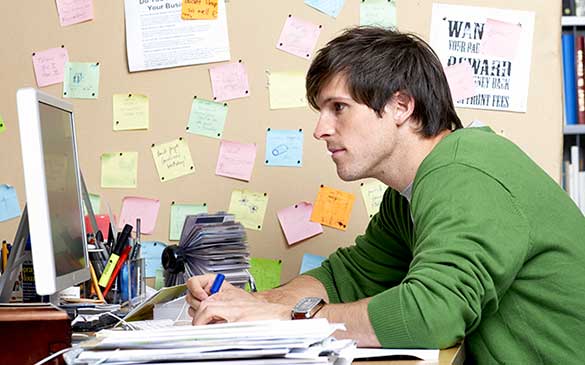 The current paradigm for improving public health is to encourage people to perform moderate-to-vigorous physical activity. The current physical-activity recommendation is supported by decades of convincing scientific research. However, there is also emerging research highlighting the important and independent health benefits of reducing the amount of time people spend being sedentary, such as time spent sitting at desks and in front of a TV (Katzmarzyk, 2010). Indeed, emerging research suggests that life expectancy in the U.S. would be as much as two years longer if adults watched less television and sat for fewer hours per day (Katzmarzyk and Lee, 2012).

Sedentary behavior has been described as any behavior performed during the waking hours that elicits an energy expenditure less than 1.5 metabolic equivalents (<1.5 METs) while in either a sitting or reclining posture (Gibbs et al., 2015). Common forms of sedentary behavior include sitting for extended periods of time watching television or working on the computer while seated at a desk. Sedentary behavior also includes prolonged sitting while commuting or traveling in a car, bus, train or airplane.

There are two importance points to keep in mind when trying to effectively counsel clients on limiting sedentary behavior:

Quantum improvements in technology have dramatically reduced the amount of movement required as part of daily life. In fact, daily occupation-related energy expenditure in the U.S. has declined more than 100 calories over the past 50 years (Church et al. 2011). Moreover, it has been shown that the contemporary U.S. adult is sedentary approximately 8.5 hours of the waking day, according to objectively monitored data from accelerometry (Healy et al., 2011).

The Relationship Between Sedentary Behavior and Health

A classic study conducted in the 1950s first brought attention to the insidious health outcomes associated with excessive sedentary behavior (Morris et al., 1953). In London, Professor Jeremy Morris showed that the risk of heart attack was more than two times greater in bus drivers compared to bus conductors. The typical day for bus drivers consisted of long periods of sitting during their work shifts. By comparison, conductors engaged in less sitting time throughout their workday because they frequently walked up and down the stairs of double-decker buses and collected the tickets from passengers. This pioneering work proved to be prophetic, as an ever-growing body of modern-day research links increased sedentary behavior with poor health. Here are five key findings from this research:

Overall, researchers have found significant associations between sedentary behaviors, including sitting and TV viewing, and various health outcomes such as obesity, type 2 diabetes, cardiovascular disease mortality and mortality from all causes. Given these collective findings it’s not altogether surprising that sitting has been dubbed the new smoking.

Why Is Sedentary Behavior Unhealthy?

In the case of blood glucose, the activity of GLUT-4 transporter protein decreases, which subsequently prevents uptake of blood glucose into the cell. Likewise, lipoprotein lipase activity, an enzyme that is responsible for breaking down triglycerides into free fatty acids and making these fuels available for uptake into skeletal muscle, is also decreased when there is low ATP demand. Collectively, these unfavorable metabolic adaptations lead to increased blood concentrations of blood glucose and blood triglycerides, both of which are well-established risk factors for type 2 diabetes and cardiovascular disease. Moreover, it is also well known that if there is a low ATP demand, this in turn equates to decreased energy expenditure. If this decreased energy expenditure scenario is not offset with a reduced energy intake, the net result is obesity. Taken together, it becomes clear that the negative effects of being sedentary can be attributed to a low ATP demand. The good news is that these metabolic abnormalities are frequently reversible by simply increasing levels of physical activity and eliminating excessive sedentary behavior.

Sedentary behavior refers to too much sitting, while physical inactivity signifies too little exercise. For example, an individual can be considered active according to the current physical-activity guidelines; however, he or she may still spend too much time sitting in front of the TV (Owen et al., 2011). This is known as the active-couch potato phenomenon. This term might describe, for example, an officer worker who participates in group exercise classes for 45 minutes every lunch break throughout the work week, but who spends the remainder of the day seated at his or her desk.

The research community is increasingly interested in whether or not individuals who fall within the active-coach potato category are at increased risk for health problems (Katzmarzyk and Lee, 2012). Indeed, it was recently reported that total sedentary time was consistently associated with various unfavorable cardiometabolic biomarkers (e.g., insulin resistance and elevated blood triglycerides) even after adjusting for physical-activity time (Brocklebank et al., 2015).

The fact that sedentary behavior and physical inactivity are two distinct health domains has important ramifications for health and fitness professionals. If clients are to achieve optimal health it means that health and fitness professionals should be providing guidance on reducing sedentary time. Next we turn our attention to designing and implementing a successful program aimed at reduction of sedentary time for our clients!

A FITT for Reducing Sedentary Time? 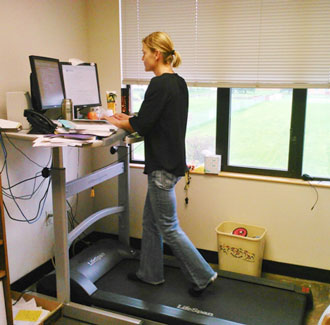 Figure 1. Treadmill desks are an excellent option for
reducing sitting time in the workplace. Light-intensity
activity (1.5 to <3.0 METs) on treadmill desks would
equate to 0.7 to 2.6 mph

Now that we have familiarized ourselves with the integral components of a F.I.T.T. program to reduce sitting time, let’s turn our attention to several key considerations for sharing this vital information with clients.

Establish realistic expectations for clients: It is important to acknowledge that even with a highly committed client the technological reality of the modern-day world will make it extraordinarily challenging to completely eliminate all sedentary behaviour. This realization ensures appropriate expectations are established for exercise professionals and clients alike.

Identify the specific domains where sedentary behavior is a problem: When discussing with your client how to reduce sedentary time, it is important to identify the actual domain where sedentary time is problematic. For instance, one client may have a teaching job at which he or she spends long hours sitting at a desk throughout the work week. In this instance, making the recommendation to switch to a walking treadmill desk makes sense. However, for another client for whom sedentary behavior is not concerning in the occupational domain, it would not be prudent to make the same recommendation. In contrast, for the second client, he or she may report getting home at night and spending several hours each evening either on the computer or watching TV. The household domain is the challenging area for this individual with respect to sedentary behavior. In summary, it’s important to match the recommendations for limiting sedentary time to the specific troublesome areas for each individual client.

Reducing sedentary time requires behavior modification: In much the same way we need to understand the various factors that predict lack of exercise, we need to appreciate the various factors that are predictive of a sedentary lifestyle. This realization is paramount to formulating appropriate strategies for successful sedentary behavior modification. It has been suggested that several of the same behavior-modification strategies employed for increasing physical activity could also be applied toward attenuating sedentary time. For example, the self-efficacy construct from the Social Cognitive Theory suggests that the use of self-monitoring and establishing realistic and measureable goals could be a viable approach to ensure initial success with reducing sedentary time (Owen et al., 2011). In particular, a daily sitting-time log could be used as a method of self-monitoring. Finally, realistic and measurable goals might entail limiting screen time to fewer than two hours each day or standing up and walking around the living room during each TV commercial break.

Hamilton, M.T. et al. (2008). Too little exercise and too much sitting: Inactivity physiology and the need for new recommendations on sedentary behavior. Current Cardiovascular Risk Report, 2, 292-298.