The Latest Tools of the Trade: Center Mass Bells by Sorinex 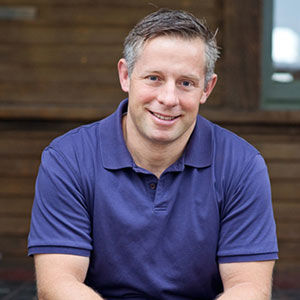 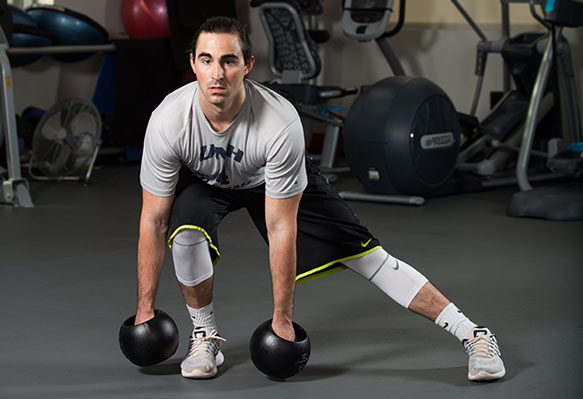 If you do any household repairs, you need a toolbox stocked with a variety of different tools to tackle different jobs. A flathead screwdriver is essential for a number of small repairs, but it’s not the best choice if you need to drive in a nail or cut a piece of wood. When it comes to fitness, a gym or fitness studio is the toolbox and the different types of exercise equipment can be considered the individual tools. While a barbell may be great for certain fitness goals, a stationary bike is much better suited for others. In other words, you need to be able to use a variety of different kinds of fitness equipment to help clients get the results they want.

In this second installment of a new ACE series, we examine a new, innovative tool that you may not have even heard of, but one worth considering adding to your fitness toolbox: Center Mass Bells by Sorinex.

Sorinex is a family-owned company started by a P.E. teacher, Richard Sorin, which manufactures high-end strength-training equipment for use by high schools, commercial gyms, colleges, professional teams and the military. Sorin, a diehard weightlifting enthusiast, launched the company in the early 1970s after deciding to produce his own strength-training equipment to use with his fellow weightlifters and students. Among the products Sorinex has helped introduce to the fitness industry are the landmine attachment that allows a barbell to be used for multiplanar core-training exercises and the training rigs made popular by the CrossFit community.

Sorinex developed the Center Mass Bell (CMB) for people interested in high-performance exercise. The handle of the CMB is positioned in the exact center of the weight (hence the name), which creates a completely different stimulus and weight-lifting experience than traditional dumbbells or kettlebells.

Bert Sorin, son of the founder and current president of the company, set out to develop a piece of strength-training equipment that could meet the dynamic training needs of athletes who want to be able to generate force and move loads in all directions. He based the design of the CMB on the stone Nal weights that have been used in India for years to help wrestlers and martial artists develop total-body strength for their respective sports. The circular stones used for the Nal weights place the hand directly in the center of the mass, which allows the weight to become a part of the body and moved in all directions.

Sorin sees the CMB as a modern version of the Nal weights because it allows athletes to use an external resistance that becomes a part of the kinetic chain, which leads to a greater variety of complex movement patterns. This unique feature, explains Sorin, allows for a shorter learning curve that can result in more natural exercise movements.

Furthermore, while the design of kettlebells makes them ideal for swinging, pendulum-like movements, it isn’t ideal for many traditional strength-training exercises. Likewise, heavier dumbbells can create limitations because of the size of the weights relative to the center of the handle. Positioning the handle directly in the center of the mass means the CMB offers greater versatility, making it possible to use them as you would dumbbells, kettlebells or medicine balls.

Visually, the CMB is appealing, but does the positioning of the handle in the center of the mass cause a significant change in the way the weight moves?

Change happens when creative people looks for ways to do things more effectively. The basic shape of the dumbbell has been the same for centuries and Sorin, whose company takes strength training seriously, believes that changing how we use hand-held resistance can lead to higher levels of muscle-force production. Placing the handle in the center of the mass allows lifters to change how they hold the weight, which can lead to greater application of resistive force directly on the involved muscles.

Sorin also believes that the CMB can change the reaction of the involved muscle and connective tissues, allowing trainers and strength coaches to be more innovative with multiplanar movement patterns used in workout programs for clients and classes. “The feedback we’ve had from some of our customers indicates that once they start using CMBs, they very quickly become the preferred training device instead of traditional dumbbells or even kettlebells,” says Sorin.

The look of the CBM is both unique and modern without taking up too much space. We received a pair of 20-pound CMBs for testing, but they come in a variety of weights from 10 to 100 pounds. With their minimalist design, smaller facilities could replace standard dumbbells with CMBs and subsequently save valuable space while creating a more refined, upscale look. Think modern design for the strength-training enthusiast.

Initially, CMBs seemed a bit gimmicky—a solution in search of a problem—but that early impression quickly gave way to appreciation. Holding the weight directly in the center of mass feels significantly different than holding other hand-held weights. The unique design enables the weight to become a part of the body, making it possible to perform exercises such as a lunge to reach at ground height, a bent-over row or a rotational uppercut with greater efficiency than traditional dumbbells.

One of the coolest features of the CMB is that the rim of the weight can be held like a medicine ball for exercises such as chops and diagonal lifting patterns. Having a weight that can easily make the transition between single-hand use (as you would use a dumbbell) and two-hand use (as you would use a medicine ball) makes it possible to perform a wide variety of exercises for clients of all skill levels.

In addition to using CMBs for multiplanar lifts, chops and rotations, Sorin suggests they are sturdy enough to use for a number of throwing exercises, which can help improve the velocity of force development (also known as power). Of course, these types of movements should be performed outdoors, where there is less risk of damage to flooring or other equipment.

Nick Tumminello, a Fort Lauderdale-based personal trainer and author of the book: Building Muscle and Performance: A Program for Size, Strength & Speed, is a fan of CMBs because of what he calls the “coolness factor.”

“Some clients are turned off by conventional resistance-training methods and simply trying to ‘force feed’ them something they’re not interested in may push them away,” explains Tumminello. “I like the CMBs because they look different. I’m fully aware this isn’t really a scientific reason, but [CMBs] appeal to the emotional side of what we do as personal trainers. Because they are a new product and have such a unique shape, CMBs are one way to help get some clients who might normally be intimidated by free weights to become excited about strength training.”

The design of the CMB offers safety features that are often overlooked, but important for running a successful business. With certain types of dumbbells, the weights are affixed to the handles via threaded bolts. If the bolt holding the weights in place on a dumbbell comes loose, the risk of injury is significantly increased if one of the weights moves or falls off of the handles. The CMBs, like kettlebells, feature one solid piece of metal, which means there are no bolts that can come lose or plates that can fall off. Additionally, because the hand is completely enclosed by the weight there is no risk of having fingers pinched or smashed when placing dumbbells back on a rack at the end of a fatiguing set.

Tumminello reports that his clients feel more in control when using CMBs, “especially when performing high-speed, explosive movements.” Tumminello cites the renegade row as an example of an exercise that feels better when using a CMB. Using traditional dumbbells with a circular weight for an exercise like renegade rows creates an additional challenge because of the need to keep the weights from rolling. Tumminello likes to challenge his clients with both renegade rows and loaded burpees using the CMB. “The unique handle design allows my clients to maintain a more comfortable hand position with a neutral wrist, helping them to have greater control of the movement while exploding off the ground,” Tumminello explains.

The following workout is provided to give you an idea of the types of exercises that can be performed with CMBs and incorporated into your one-on-one private trainings, small-group trainings or large group fitness classes.

Sorin offered this final bit of anecdotal evidence of the effectiveness and appeal of CMBs: According to Sorin, the gym at their company offices is used by both competitive weight- and power-lifters and features an extensive variety of strength-training equipment. Since the CMBs were added, however, the dumbbells and the kettlebells have actually started gathering a little dust, with CMBs becoming the “go-to” equipment for hand-held weight exercises. If an arguably hardcore group of exercisers finds CMBs to be effective, chances are you and your clients will as well.