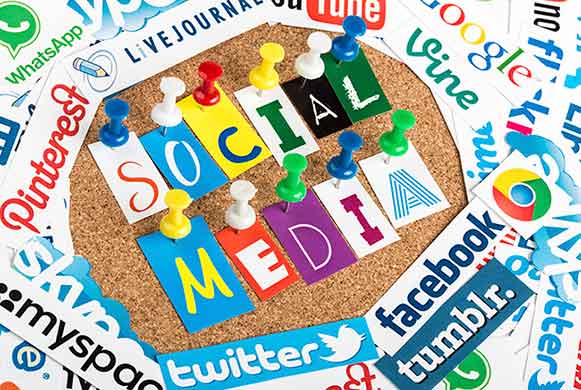 We’ve all seen those people who show up at the gym and lift weights with good intentions but without much thought to which exercises are best and why—it’s all just sort of random. These folks have a basic knowledge of fitness, but they’re only scratching the surface of what could be considered a well-rounded program.

What if those same people lifted weights under the guidance of a qualified personal trainer? They’d likely gain more results, more quickly—and with less risk of injury—because the trainer possesses a deeper knowledge of the most effective exercise selections and programming protocols for those clients, at that time.

Well, social media is not so different. It’s been around long enough for many health and fitness pros to feel quite comfortable using it for fitness marketing and education. But many regular—even prolific—social media users in the fitness industry operate on a surface level. They could be benefitting from a deeper understanding of the features, functions and tricks available to them via social media.

If you’re looking to enhance your social media presence in the New Year, read on to learn important under-the-radar strategies that every health and fitness pro should be aware of when marketing for business on Instagram, Facebook, Twitter and more.

Hit a Homerun with #Hashtags

If you find hashtags puzzling at times, you're not alone. A hashtag begins with the pound sign (#) followed by a word, phrase or combination of words and numbers. Hashtags are used on social media to categorize messages about a specific topic. But people apply them in multiple ways. For example:

1. Keywords and Searches: As per the definition above, hashtags are like keywords that help people search for and find all Tweets, all Instagram photos, all Pinterest pins or all Facebook posts on a particular topic. For example, #HIIT.

Let’s say you’re posting a picture on Instagram of your last high-intensity interval-training (HIIT) workout. You might use #HIIT or #intervaltraining (or both) in the post to categorize that photo with other Instagram posts on the same topic.

Why is this useful? From a business perspective, it could help you promote a HIIT program or build your reputation as a fitness expert. Putting your posts out there with the right hashtags leads to new followers and customers.

You can search for relevant hashtags within Instagram, Twitter, Facebook and other sites. Or there’s TagBoard.com, a website hub that aggregates posts with a common hashtag from across major social networks. This is a good way to find and interact with social media users who are part of your target audience.

2. Branding: A second way to use hashtags is as a branding mechanism. For example, as more people use the hashtag #acefitness on social media, the American Council on Exercise benefits from increased word of mouth, brand awareness and social influence.

To promote your own brand or an event on social media, make up a short, easy-to-remember hashtag. For inspiration, see how others have done it; for example, #LebertFitness (for Lebert Fitness equipment) and #IDEAWorld (for IDEA’s international conference). At first, you might be the only one using the hashtag you created, but that’s O.K. With the right approach, its popularity will grow.

As an extension of using hashtags for branding, you could also use them to keep track of all posts in a conversation stream. For example, the social media management company Hootsuite hosts a regular interactive Twitter chat on the topic of social media with the hashtag #HSEntChat, which helps followers find, track and participate in the discussion.

3. Sound-bite or Joke: The third and unexpected way that people use hashtags is as a sound-bite or joke. In this sense, people aren’t using the hashtag in earnest for marketing or as a keyword worth searching. It’s just for fun or to quickly communicate a thought or sentiment. For example, #SweatyAfterHIITClass.

Most people hop on this top social network just for fun, to share photos and to catch up with their own networks. When used for personal purposes, there’s no reason to keep close track of how Facebook works behind the scenes. Marketing on Facebook is a different story, though.

With more than a billion users and millions of Business Pages, Facebook is crowded. Even so, Facebook wants you to see the content that interests you most so you keep coming back. To achieve this, Facebook employs countless algorithms, or formulas, to filter relevant content to users and determine what each person sees in his or her News Feed. The News Feed is the stream of posts you see from your friends and the Pages you’ve liked. Ads also show up in the News Feed.

What’s good and bad about Facebook algorithms is that they change frequently—there’s always new information for marketers to keep up with. Here are several recent updates and changes to Facebook’s algorithms, and how they can affect your marketing power. (Updates based on this article’s publication date.)

Timing of Interaction and Bumping: Facebook looks for signals about whether a post is worth circulating to a wider audience, thus creating greater organic reach for that post. Organic reach means you don’t pay for it. One such signal is when people respond to a post after it’s been published. A post that garners lots of response shortly after it goes live is more likely to appear at the top of your friends’ or fans’ News Feeds so they’re sure to see it. However, the post will sink lower down and eventually disappear from the News Feed once likes and comments stop rolling in.

If a post remains timely—meaning it gets steady interaction throughout the day and perhaps into the next day—Facebook may keep “bumping” it back into the News Feed. This is one reason why you could see the same post resurface several times.

Links Are Hot: “Native link” posts used to be notorious for getting the lowest reach on Facebook, but not anymore. A native link occurs when you copy a URL into the post field and it populates into the post, usually with a thumbnail image. Now that Facebook has adjusted a link post’s default image to be larger and more eye-catching than it used to be, native links compete for attention much better in the News Feed.

And because Facebook algorithms currently favor native link posts more than in the past, high-quality native links perform quite well at the moment on Facebook (see caveat below).

Stop the Spam: For a time, Facebook was teeming with once-popular Grumpy Cat memes, cheesy quotes and sarcastic cartoons. Have you noticed less of them lately? That’s because Facebook went on a mission to clean up News Feed spam.

As a result, “like-baiting” posts are more likely to be penalized according to Facebook algorithms. Like-baiting means baiting users into interacting with a post solely for the sake of “gaming” a larger reach versus for the goal of providing relevant content. For example, “Like and share this post if you’ve ever eaten broccoli!” Silly, right?

Facebook has also announced it’s been cracking down on “spammy links” that try to trick users into clicking through to a web page with no real pay-off. For example: “Two Brothers Joined the Same CrossFit Box. What Happened Next Will Shock You.”

Overly Promotional: Facebook recently announced that posts with an overly promotional bent would begin to receive less reach (i.e., fewer people seeing that content in their News Feeds). This includes posts that push people to buy a product or enter a contest with no real context to it.

A lot of fitness pros who use Twitter for marketing are concerned with getting their message across and increasing followers. But many Twitter marketers remain unaware of a simple technique for instantly and dramatically increasing the potential number of people who might see their Tweets. Here it is.

If you want to “talk to” or reach out to another account (i.e., person or brand) on Twitter, you would include their handle in a Tweet, such as @acefitness. What a lot of people don’t know is that Twitter differentiates between what they call an @reply and an @mention. The placement of a Twitter user’s handle in a Tweet is vitally important to gaining visibility in other people’s home timeline (that’s the stream showing Tweets coming from the accounts you follow).

Any Tweet that is an @reply begins with a Twitter handle. For example, if you were to compose an @reply Tweet directed to ACE, @acefitness would be the very first thing in the Tweet with nothing else in front of it. An @mention means the handle @acefitness can be found anywhere in the Tweet as long as something—a word or character like a period—comes before @acefitness. (See chart below.)

Here’s the big difference, as Twitter describes it: “People will only see others’ @replies in their home timeline if they are following both the sender and recipient of the @reply.” You can think of @replies as semi-private because they narrow down your potential audience.

Regardless of how you compose a Tweet or which Facebook algorithms are causing a buzz right now, the bottom line on marketing with social media is to publish creative, relevant content that genuinely interests your followers. Additionally, choose hashtags and write posts in a way that feels appropriate for your business and its audience.