How to Establish Appropriate Boundaries as a Health and Exercise Professional 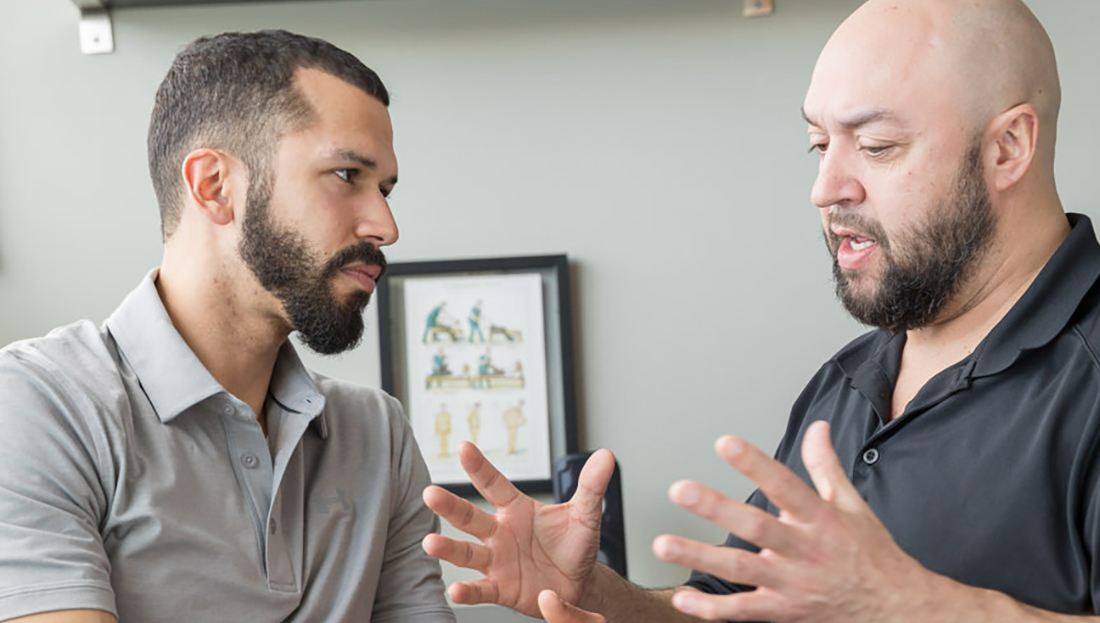 When one of her club’s most popular and productive trainers announced he was leaving, Leigh Anne Richards’ first reaction was: Uh-oh.

“I thought, ‘we’re going to be losing money here,’” recalls Richards, general manager of MetroFitness in Montgomery, Ala. “He had a big following.” That following made its displeasure known to Richards after the announcement. “They were crying, calling, asking ‘what can we do to keep him?’” she says.

This trainer was leaving for a better opportunity—the chance to run his own gym in another area. But after talking to his clients and other trainers in the gym, Richards came to a conclusion. “I realized maybe this was for the best,” she said. “He’s an excellent trainer, but his clients have gotten so attached to him.”

The trainer himself acknowledged as much during his exit interview, according to Richards. “He said, ‘I have become their confidante. They tell me things they wouldn’t normally tell anybody else.’”

These are the same kind of things customers might tell their hairdressers or bartenders. Like trainers, they too are personal services professionals who are also captive audiences. And unlike another captive audience—psychotherapists—personal trainers aren’t qualified to help customers with the kinds of issues that are often laid upon their well-toned shoulders.

“There are lots of things that an ACE Certified Professional should be able to do,” says San Diego-based master trainer Larry Indiviglia. “Practicing psychology is not one of them.”

That said, it’s unrealistic to think that somehow we can just erect barriers, put on blinders and demand that our clients either shut up or shut out the rest of their world for an entire workout.

Richards says the situation with the trainer in her gym was difficult, in part, because she could sympathize with him. “I’m a compassionate person, and I tend to take everybody under my wing,” she admits. “For me, setting boundaries is very difficult.”

“A little venting and sharing is absolutely fine,” agrees clinical psychologist Sherry Pagoto, Ph.D., professor in the Department of Allied Health Sciences at the University of Connecticut. “It would be strange if they didn’t talk a little about their personal lives, but at some point setting your boundaries around that is important.”

So where is that fine line, that boundary, between the safe harbor of supportive friend and sounding board, and venturing into a realm that you, as a health and fitness pro, have no business being in, even if your intentions are good?

Here are some suggestions:

Want to keep your client’s workout from veering off into a complaint session about their lives? Stay agenda-driven, recommends Dr. Pagoto. “When you start a session, have an agenda you can briefly review with your client,” she says. “‘Today we’re going to accomplish three things,’ or however many. That way, you set up a tone that there is an agenda, that there is structure and we’re not here to chat while you do some crunches.”

That way, if your client goes off the script, you can politely steer him or her back to the task at hand. “You can say, ‘I would love to hear more, but we want to make sure we get everything in that we had planned,’” explains Dr. Pagoto.

Most trainers know the shopworn cliché about listening to your body. But you also need to listen to your clients.

“When you’re training, things come up,” says Robert Morea, co-owner of Great Jones Fitness, a one-on-one studio in Manhattan. “I think you listen, and you keep the workout moving. Let the clients emote. As long as they’re moving and the workout is on pace, that’s fine.”

It’s one thing for a client to come in and grouse during a session. But what if they ask your opinion? What happens if you’re expected to weigh in on the issue of whether they should leave their spouse, change their job or buy a new house?

“The advice aspect is where it gets a little dicey,” concedes Morea. “You have a lot of influence on your clients, so you need to tread lightly. If the questions are health and fitness related, you go with that. Beyond that, I’d recommend being cautious. That’s your boundary.”

If you sense that a line has been reached, try to tactfully steer your client away from it. “Saying something like ‘I understand what you’re feeling, but this isn’t really something I know about,’” says Morea, “and then move on with the workout.”

“I’ve jokingly told clients, ‘I know less about finance than you, I know less about parenting, I only know about training, so let’s train,’” says Bob Phillips, a Long Island, New York-based trainer.

If you have clients who are constantly using the workout as a venting session, or if their complaints and concerns about whatever is going on in their lives have gotten to the point where it’s interfering with the workout, Dr. Pagoto suggests drawing that to their attention. “You might say, ‘I’ve noticed that you seem to have a lot of stress at work. And from what you’ve told me, it seems like it’s getting you down. Have you ever thought of talking to someone? A lot of my clients have gotten benefits from seeing a therapist.’”

At MetroFitness, Richards ran into that issue with a female college student she was training. “Every session became about all the problems she had in her life,” says Richards. At first, Richards—who is also an adjunct professor in Auburn University-Montgomery’s physical education department—tried to give the young woman some commonsense, motherly advice, without straying into the province of a therapist. When that didn’t help and the workouts began suffering, she put her foot down (as gently as possible.) “I finally said to her, in essence, ‘I’m sorry, but this is not what I do. You need to see someone.’”

Your client comes in despondent, distracted. On this particular day, problems in the client’s outside life are really overwhelming, causing him or her to be unable to focus on the workout.  Cajoling your client into the workout could be futile; it could also result in a subpar performance that could shake his or her confidence or, in the worst case scenario, lead to injury.

This client is driving full speed toward your boundary. You sense that the client would probably prefer to stop and just have you discuss his or her woes for the next half hour—exactly what you know you shouldn’t be doing.

What now? Can this session be saved?

“What you could do is modify the workout,” suggests Indiviglia. “Maybe you do 30 minutes of assisted stretching that day instead. Put your client in a space where they don’t have to process more, since they obviously have a lot on their plate that day.”

Instead of a heavy day, or a high-intensity session, lower the temperature and the expectations. “Make it a flexibility and recovery day,” he recommends.

Hopefully they’ll feel better—and so will you.

Phillips, a trainer for more than 25 years, says that over the past decade a new kind of interpersonal challenge has arisen with his clients: “I’ve had to negotiate through super-contentious, polarized political discussions,” says Phillips. “That used to be something you never had to deal with.”

Right or left, it doesn’t matter. Whatever your place on the political spectrum, this is just not a place any personal trainer should go. How do you get around it?

One suggestion: Turn off (or avoid) news media networks during a workout. “The gym should be a neutral environment,” Phillips says. “I really wish they wouldn’t have any news shows on.”

If a client seems intent on bringing up something in the headlines or voicing his or her opinion about it, “I try to politely steer them around it,” Phillips explains. “I’ll say, ‘You know this is a politics-free zone,’ or ‘Everything is so contentious these days’ or my fallback line, ‘Wow, that’s crazy,’ which is ambiguous enough that it can mean anything.”

Phillips, who works mostly with clients in homes or in private gyms, emphasizes that he’s not trying to squelch political discourse in general. “That’s fine to have those discussions when you’re working out with your buddies or around the dinner table or in a bar,” he says. Just not in the one-on-one training session. “I want to try and keep it positive,” he says. “Our talk should be about what you did over the weekend, how you family is doing and so forth. It shouldn’t be about last night’s State of the Union address.”

Ultimately, he points out, drawing a boundary line at political discussions is a bottom-line decision.  “That person is paying you. For the duration of that session, you’re essentially working for them.” So what are you going to? Berate them? Disagree with them? Try to point out the fallacy of the conspiracy theory they read about on Facebook the morning of the session?

Whether or not you’re correct, that might not be good for your business. This is why you have to be aware of the political boundary, as well as all of the other boundaries mentioned above. This can be very difficult, especially when you care about your clients.

“These people become part of your life,” says Richards. “So, we often take on their problems. You finally have to say, `I’ve got to draw a line.’”