by Drew Littman
on November 12, 2014
Filter By Category 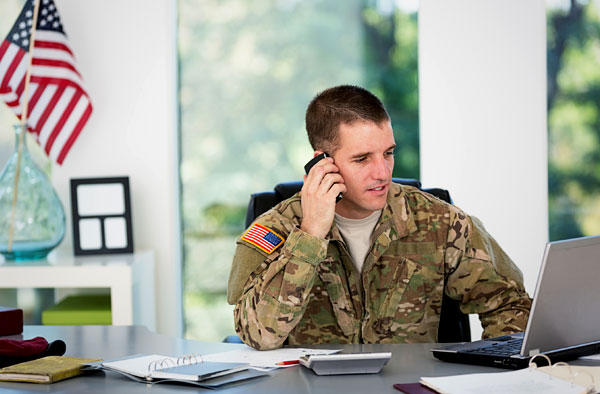 Taking action to reverse the obesity epidemic has never been more central to supporting our troops. Every day, our recruiting stations are forced to turn away young Americans whose greatest wish is to serve their country, as many of their ancestors, peers and family have done before them. Unfortunately, many of these same Americans are too overweight to follow in these very worthy footsteps. This is more than a disservice to our youth and their dreams; it is also a threat to our national preparedness.

According to a report by Mission: Readiness, the United States military discharges more than 1,200 first-term enlistees every year because they cannot maintain a healthy weight, and being overweight is the leading medical reason why applicants fail to qualify for military service. Between 1995 and 2008, the proportion of potential recruits who failed their initial military physicals because they were overweight rose nearly 70 percent, and today, more than 9 million Americans of prime recruiting age are too overweight to join up.

In addition to obesity’s toll on our troops’ ability to serve, its cost to the Department of Defense—and thus to American taxpayers—is staggering. For each discharged enlistee, the military must recruit and train a replacement at a cost of $50,000, and the 1,200 troops discharged last year for failing to meet body-fat standards cost taxpayers over $60 million. That figure pales in comparison, however, to the $1 billion cost of treating the obesity-related problems of military personnel and their families. The military’s healthcare system, TRICARE, estimates that 40 percent of military dependents are overweight or obese.

Targeted efforts to reverse the nation’s obesity epidemic are essential, not just for the overall public health of the nation but also to ensure a robust military. We have made strides in recent years and will continue to do so by promoting obesity prevention, diabetes prevention through improved nutrition and increased physical activity, but we must continue to add to our efforts by helping Americans to get moving in safe, easy, accessible and affordable ways.

These measures would enable Americans to combat the tide of inactivity that has allowed the obesity epidemic to spiral and threaten our national preparedness. As it stands, only 3.8 percent of U.S. elementary schools, 7.9 percent of U.S. middle schools and 2.1 percent of U.S. high schools provide daily physical education for students, according to the Centers for Disease Control and Prevention. Meanwhile, our lifestyles continue to become more and more sedentary. Today, fewer than 15 percent of schoolchildren currently walk or bike to school as opposed to the approximately 50 percent of children who walked or bicycled to school in 45 years ago.

We must ensure that youth have access to the necessary preventative tools that enable them to eat better, exercise more and address the obesity epidemic that has now risen to become a national security issue.

Check out the ACE Impact Report to learn what ACE is doing to help fight the obesity epidemic.