by Elizabeth Kovar
on December 11, 2013
Filter By Category 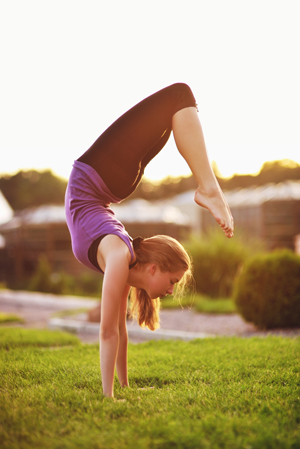 To yoga or not to yoga seems to be a common question for individuals. The debate is heating up in both trade and consumer publications, each explaining various relevant perceptions. The controversial topic has had the yoga community and advocates in upheaval about the negative perceptions that some have about yoga.

Although yoga has many advanced “acrobatic-like” qualities, classes offered in most health-club settings do not promote or practice advanced postures. In addition, yoga, like any other form of exercise or athletic pursuit, can pose a risk of injury. Awareness, acceptance and proper training are the keys to preventing injury.

Injuries occur for a wide variety of reasons; in some cases, the cause may be unknown. Injuries may occur on the point of action, while other ailments creep up over time, with no explainable cause as to why the pain or injury occurred.

Some individuals argue that specific yoga poses cause injury due to a joint’s vulnerability in the pose, while others believe advanced postures are the primary cause of injuries.

While there is no single cause of yoga injuries, here are some common reasons why they often occur:

The occasional yoga participant potentially faces the greatest risk of injury due to a restricted range of motion in the joints. When there is a lack of mobility, other joints may try to compensate, which may result in overstraining, overuse or injury.

On the other hand, many yoga instructors may have experienced injuries due to having a highly flexible body. Having muscles that are too lax or flexible may make the individual more likely to overstretch the ligaments and tendons.

Ideally, one should be located near the center of the flexibility.

Every body is gifted with a natural ability. Just as athletes are “born” with genetic gifts that, along with considerable training, enable them to excel in their sports, some individuals are naturally more flexible than others.  In addition, some individuals who have practiced yoga, gymnastics or dancing from a young age are flexible and strong enough to perform advanced postures in their adult years.

Individuals who start a yoga practice after the age of 30 may or may not progress to advanced postures. It can sometimes take years to get the mind and/or body in an advanced state. Progressing yoga poses is similar to progressing traditional exercises, requiring one to build a solid foundation before moving toward the advanced state.

Wanting to look and perform like others in class, however, can increase the risk of moving beyond one’s current flexibility.

Mass marketing yoga advertisements show yogis effortlessly performing beautiful postures. This makes us strive to or become curious about how to perform these poses. Generally, this is the point where we force ourselves to move, bend or stretch beyond our capability.

In yoga, this is called the ego—the driving force that wants to shine and succeed, or the voice that tells us we are not good or strong enough. Yoga instructors and attendees need to step off their mat and analyze their abilities and embrace their strengths. Acceptance is what keeps us satisfied in our practice and trusting ourselves on when to progress a given posture.

For example, a person may have a lack in spinal extension, which can make back-bending postures challenging, especially advanced spinal extension movements. However, this person may have exceptional wrist and forearm strength to perform beautiful inversions. This does not mean she has to avoid backbends; rather, she must understand and accept her limits and capabilities without forcing the spine into a foreign position.

What Comes First—the Fear or the Posture?

When progressing to advanced postures, many yoga instructors promote overcoming physical fear through advanced postures. For example, if someone has had wrist issues and a fear of re-injuring that joint or a fear of falling, one can perform a handstand (with or without wall support) to overcome the fear. Although this notion is successful for some, it poses another question of whether or not an advanced posture should be the driving force to overcome fear.

In yoga, as in many other sports, one must truly train the mind and be confident in one’s ability before progressing to advanced states. A baseball pitcher or tennis player must be mentally sound and visualize that perfect pitch or serve. If an athlete doubts his or her abilities, the majority of the time that pitch or serve will be unsuccessful or erratic. The same concept applies in yoga.

When performing a handstand, if one thinks, “I can’t do this. I don’t want to fall. I’m scared,” he or she is not mentally prepared yet. When the mind flutters, the physical body may weaken or fall, which can result in strain or injury.

Though some individuals have been seriously injured in yoga, it is best for practitioners to instruct various levels of yoga poses when working with the general population. Many yoga poses are not appropriate for everyone and instructors should understand which higher-risk asanas should be modified.

Neither the student nor the instructor should fear yoga. Education and awareness are essential for those who want to perform to perfection or advanced postures. Many students have that driving force to push forward, but it is through clear communication that we can educate them about the potential risks.

With various body types and mixed-level classes, the requirements are higher for instructors to know the anatomy and potential risks of each pose. When in doubt, teach the basic and common poses, such as Warriors, downward facing dog and balance poses.

Create Your Own Military-style Boot Camp