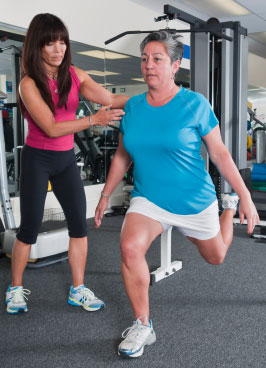 All it took was one sentence and I terrified an unsuspecting woman trying to get started on a resistance-training program.

I was in the first few months of my fitness career and was providing a new member of the health club where I worked with her first workout. I was showing her the exercises I had put into her very basic program. She was in her late 40s and was new to resistance training and exhibited the trepidation typical of someone starting weight training for the first time.

“The next exercise I’m going to show you is called Skull Crushers,” I said. And that’s when the color drained out of her face.

I knew immediately that I had made big mistake. This was the first time I saw the potential for harm caused by poorly named exercises. This was 1998 and, unfortunately, things have gotten far worse since then.

Anything we do as an industry to make understanding exercise harder for the public is to be avoided. The public in general is convinced of the inaccessibility of exercise and is often completely confused by government recommendations and continuously conflicting information about exercise.

The fitness industry often confounds people further by using many of the following terrible exercise names:

I did a random poll of a couple of people I know—one a regular exerciser and one not. In both cases, when I asked them what a “burpee” was, neither had a clue—they couldn’t even guess. When I asked them what a “squat thrust” was, they didn’t know the exact exercise, but they were able to guess that it started with a squat. The regular exerciser guessed that it was a squat with a forward jump (the thrust part.) Not a bad guess.

The ability to make a decent guess is only possible if there is useful information contained in the name of the exercise. And in case you didn’t already know, a “burpee” is just a poorly named “squat thrust.” No one can have even a wild guess as to what a “burpee” is until you define it for them. It’s a useless, nonsensical term.

Here are a few general concepts we can employ to rehab our exercise names.

First, any extraneous information in an exercise name needs to go. There is nothing useful conveyed by having any country name or any individual’s proper name in an exercise name. I’ve created a lot of exercises, and not one of them has my name in it. No more Bulgarian, Romanian, Turkish anything. No more Arnold, Pallof or Zercher exercises.

One exercise I created is the TRX Swinging Hamstring Curl. When another trainer used this exercise in a workout he published, he changed the name to “Ross Hamstring Curls.” On the one hand, I can appreciate our desire to credit the creator of an exercise. But when it’s credit vs. clarity, clarity must win. A proper name in an exercise doesn’t help anyone figure out how to do it.

Next, any name that sounds like a child invented it (burpee) or that has unnecessarily vague information in it (Farmer’s Walk, Muscle Up) needs to change. What does “Farmer’s Walk” have to do with farming? Nothing. You simply walk while holding heavy weights.

And finally, any exercise with unmistakably wrong information in it (Glute-Ham Raise) needs to change. The Glute-Ham Raise doesn’t work the glutes at all except for some minor activity as stabilizers, so it would be understandable if our clients are a bit upset after doing this for a while and feeling no change in the glutes. And the movement is not really a “raise,” as the hamstrings are most active eccentrically in the “drop” portion of the movement to slow down the pull of gravity on the body. This exercise is more of a drop than a raise.

To lead the way with improving exercise names, here are some much-improved versions of the commonly used, yet poorly named, exercises mentioned above.

1. Eliminate any useless words that convey nothing about the movement (e.g., proper names of people or countries)
2. Eliminate the use of silly, infantile or intimidating terms (e.g., Skull Crusher, Burpee)
3. Eliminate obviously incorrect muscle names in exercises (e.g., Glute-Ham Raise)
4. Call the exercise according to the movement being performed

People already find exercise challenging and confusing enough. Anything we can do to make it a little easier—or a lot less difficult—to understand is unequivocally a good thing. And if that poor, unsuspecting woman that I terrified 15 years ago is still out there, the next exercise I’d like to show you is called a “Barbell Triceps Extension.”

Corporate Wellness: How to Start a Program From Scratch