Movement is Beautiful: How Exercise Can Make You More Creative

by Katherine Adamenko
on May 08, 2017
Filter By Category

I’ve been doing two things for the majority of my life—exercising and performing in the arts. But it wasn’t until about nine years ago, while in the throes of my personal-training career, when a lightbulb went off and the words “fitness, performance and creativity” popped into my head. It gave me pause and literally stopped me in my tracks.

I had been a bodybuilder and dancer in college when I noticed something fantastic. While training for my bodybuilding show, my dancing improved and so did my grades. As research has consistently shown , exercise is connected to improvements in cognition. When these magical words “fitness, performance and creativity” popped into my head 20 years or so later, I was immediately taken back to that magical time in college.

A few things had happened to spark my “fitness, performance and creativity” revelation that day. First, I had discovered a revolutionary new workout called intenSati, which combines aerobics and martial arts with positive affirmations spoken aloud. I loved it so much I became an instructor. Second, I had just so happened to come across an article about something called flow, a term coined by esteemed psychologist Mihaly Csikszentmihaly to describe the state of optimal and total engagement where the awareness of time and self-consciousness dissolve. It is where skill meets challenge in just the right spot. In sports, it’s widely recognized as being “in the zone.” Lastly, I had just been selected as the resident artist for Evolution Arts, which was sponsored by the city of Yonkers, N.Y. I began performing a series of site-specific works in various locations downtown. It was a creatively productive time, to say the least.

Csikszentmihalyi’s books, Flow: The Psychology of Optimal Experience and Creativity: Flow and the Discovery of Psychology and Invention, discuss how to use the flow principle to increase one’s creativity. Intuitively, I knew that the common denominator between exercise and creativity is flow (although this point was not specifically made in his book), because I was experiencing it firsthand.

Here’s the interesting thing. I may have been experiencing it firsthand, but there wasn’t much scientific research on the correlation between exercise and enhanced creativity at the time. However, there were studies showing that aerobic exercise had a positive effect on divergent thinking, which is the way in which we use creative ways to find solutions to problems

Today, there is a growing interest in researching the links between exercise and creativity. In her 2015 book, Healthy Brain, Happy Life: A Personal Program to Activate Your Brain and Do Everything Better, award-winning neuroscientist Wendy Suzuki, Ph.D., researched and wrote about the correlation between intentional, mindful aerobic exercise (such as intenSati) and a more productive and happy brain. From both research findings and her own personal experience with exercise, she surmises that this may also be true with creativity. “Why?” she writes. “Because exercise not only enhances the function of the prefrontal cortex, which we know is important in creativity, but also enhances the function of the hippocampus, a key area involved in future thinking, or imagination.” (You can find a more detailed explanation in this video by Dr. Suzuki.)

Dr. Suzuki on now her way to proving what she had experienced firsthand in her lab at New York University.

I believe that there is an artist in everyone. Even if you aren’t a dancer, musician or poet, there is a great deal of creativity you can apply to your life. Consider, for example, the woman who dreams up adventurous bedtime stories for her nieces and nephews, or the way another artfully counsels adolescents struggling with eating disorders. You have the power to ignite the creative genius inside, and you can make that happen a little bit faster by moving your beautiful body in space. 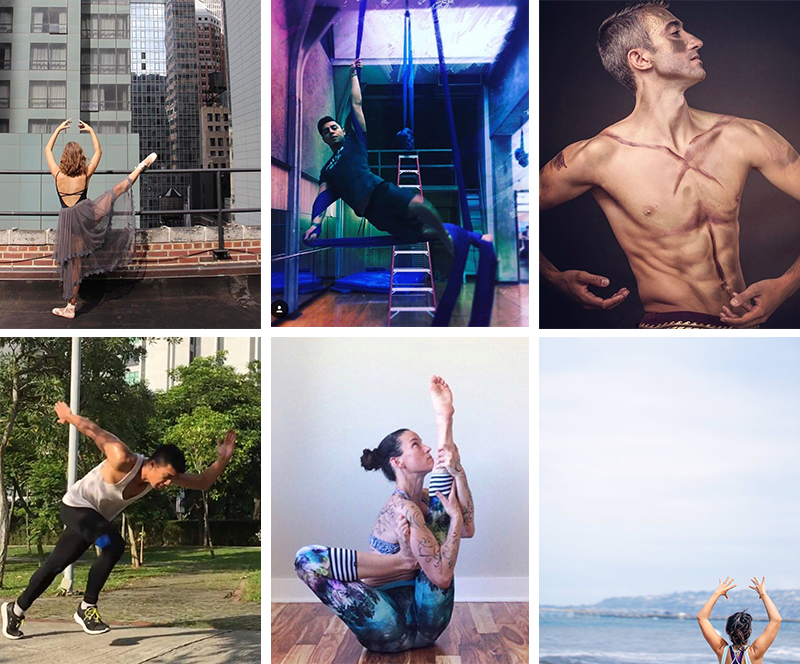 Additional Resources to Check Out

The Impact of Physical Exercise on Convergent and Divergent Thinking

Yet Another Reason to Exercise: It May Make You More Creative

How to Create an Inclusive Group Fitness Environment

by Amber Long
on May 05, 2017
Load Previous Article
Brand Anthem