by Brett Klika
on November 14, 2016
Filter By Category

Humans have a unique problem. We’re born “too soon.”

Consider infants from other species. Most of them come out of the womb (or egg) and can almost immediately function for survival. While they lack some critical skills, they can immediately move around, seek food and perform other survival- based tasks.

Human babies are another story. We are born nearly helpless and depend on a combination of a high level of care and an engaging, interactive environment over the course of a few years to develop the skills we need to survive.

When we have the right environment and care, our brains and bodies relay information back and forth, developing both simultaneously. We start learning how to move by flailing our limbs erratically. Over time, our limbs provide feedback to our brains, “When I flail that hard, I hit my face, cool it a little bit!” The brain adjusts the flailing pattern based on this feedback.

After millions and millions of “conversations” between the brain and body, movement becomes more refined, intentional and purposeful. As movement improves, so does our ability to explore our environments and take in more information. In turn, the symbiotic relationship of the brain and the body continues throughout life.

During early childhood, this relationship is very sensitive and moldable. By about age seven, the nervous system insulates the nerves through a process called “myelination.” This essentially “seals in” our most basic, fundamental movement patterns.

Sometimes due to pathology, lack of an engaging environment or other reasons, children may not develop the most essential movement patterns prior to the process of myelination. Considering the symbiotic relationship between the development of the body and the brain, these children often struggle with coordination, physical confidence and even aspects of cognitive development as they age.

The good news is, these detriments can be targeted and minimized through appropriate therapy and the right interaction with an engaging physical environment.

While diagnosis of a developmental detriment should be left to qualified, board-certified professionals, there are a few fundamental movements that children should have “sealed in” early in their development.

Challenge your child to do the following three movements. If they have difficulty or are unable, it may be worth it to seek out evaluation from a qualified professional. If you have young children or work with young children, make sure these are part of their daily movement program!

Crawling is one of our first “advanced” movement patterns. While we first roll and creep in order to move, crawling gets us up off the ground, expands our field of vision, and allows us to move longer distances faster. More moving equals more brain growth.

Crawling facilitates a “contralateral” movement pattern between the shoulders and hips, which is the foundation for one’s ability to move efficiently when standing up. A contralateral pattern is the opposing movement of the hips and shoulders on both sides of the body. When the right hip moves forward, the opposite arm follows and vice versa.

Coordinating these opposite sides of the body requires us to pass information between the two hemispheres of our brains. This not only helps us improve our coordination, it helps build a fortified “highway” for information to travel faster and more efficiently over time.

Crawling also sets the stage for the appropriate flexion and extension pattern for the hips, while our first major attempt at resisting gravity aides in developing shoulder, hip and trunk stability.

When children forgo crawling in their early development, they can often experience strength, mobility and other coordinative challenges later in life.

To perform a crawl correctly: 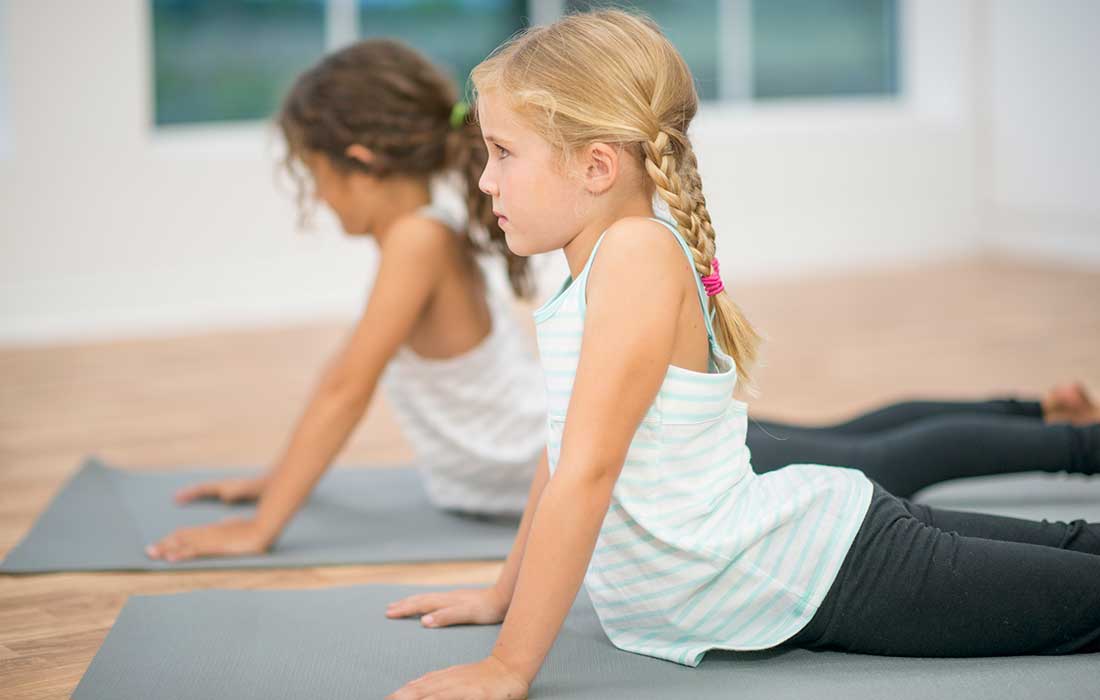 Children are born with a set of primitive reflexes. These reflexes help a baby survive during infancy. However, if an infant does not develop properly (due to pathology, lack of enriching environment, low levels of activity, etc.), these reflexes remain through early childhood. This can interfere with developing higher-level voluntary movement.

The current trend to put babies to sleep on their backs has created some problems with one of the early primitive reflexes called the “Tonic Labyrinthine” reflex. This reflex is largely responsible for an infant going into the “fetal” position when the head tips forward, and into a “stiff as a board” position when the head is tilted back.

With infants spending nearly all of their time on their backs, it becomes difficult for them to develop manual control over the postural muscles of the upper back. In this case, infants may not learn to override the primitive Labyrinthine reflex. This can create difficulties with posture, movement, and many of aspects of physical and cognitive activity.

After infancy, children should be able to lie on their stomachs with their legs and feet on the floor, and lift their chest for an extended period of time (10 seconds or more). The actual time is not essential. It’s important, however, that they display the ability to have postural control over these muscles.

To perform a “Cobra” correctly: 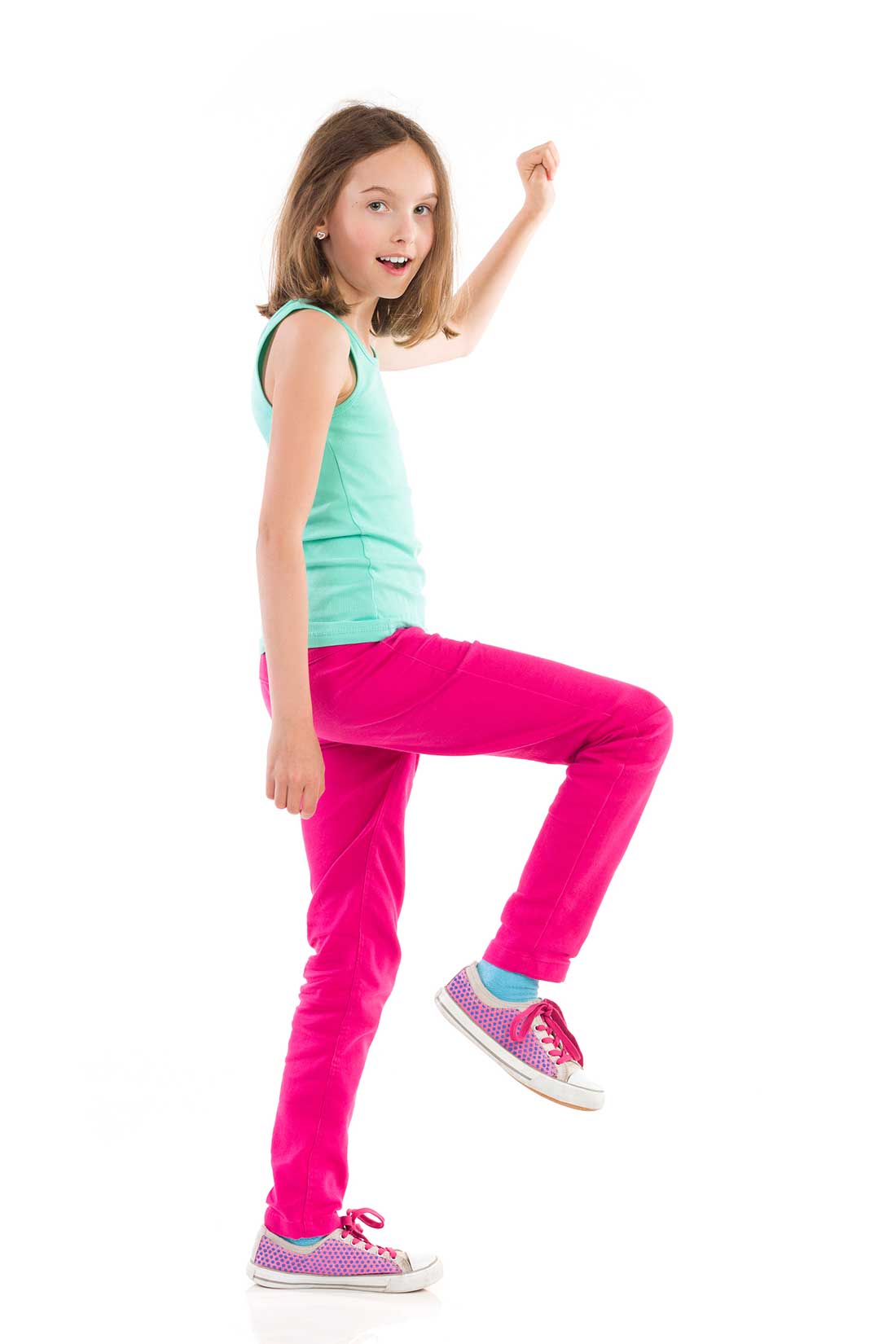 Upright movement is a major step in physical development. From this point on, skipping, running, dancing and a world of locomotion patterns for sports and other activities emerge.

Early forms of walking are often wide-limbed, side-to-side, subsequent “near falls.” As children are given plentiful opportunities to navigate their environments by walking, they start to improve efficiency of the movement. As balance improves, the limbs narrow. The flexion/extension contralateral movement patterns of the hips and shoulders begin to drive the movement in a consistent rhythm.

Children will begin attempts at running patterns as soon as they feel confident walking. Unfortunately, these attempts often end in falls. While running mirrors much the same basic pattern as walking, the demands for movement sequencing, range of motion and rhythm dramatically increase.

Marching is not a movement pattern children learn without guidance. However, it demonstrates their ability and provides them valuable practice with the rhythm and coordination necessary for proper skipping, running and other upright movement.

To perform a march correctly:

1. Begin with children following your cadence while marching in place.

2. The arms and legs should move in a contralateral pattern with a consistent tempo.

3. Move forward, again with the children following your cadence, lifting opposite limbs with a consistent tempo.

While there are many critical movements that must be developed during early childhood, give these three a try with your children to make sure they are on the path to be able to participate, perform and enjoy physical activity for a lifetime.